So I hate to break it to you but industrial design is about mass market consumer products. And while I am sure there are better headphones out there, I would say the beats have been the most popular (besides the white ear buds) out there. They get pretty decent reviews, have a fairly unique design to them and there is only one set of headphones I see athletes walking into the stadium with.
I would say whoever really designed these (im sure its not dr. dre) should be proud of developing a popular item.

I never get too excited about who wins those design awards, everything is subjective. It definitely has nothing to do with your place in the industry. There are lots of great designers who have never won one of these awards.

The slingbox got best in show? Does anyone really think the best designed product of 2010 was that slingbox?

I actually thought the Slingbox was pretty awesome. The functionality driven aesthetic is actually really nice. And the Beats headphones are aesthetically slick and pretty damn popular.

I disagree about the Kore controller. It looks like it’s from the 90s.

That is way nicer.

I guess I’m not familiar with high-end cans then. Thanks for enlightening me/being slightly condescending.

I (and many others, apparently) don’t think they’re vile. To each their own. I didn’t even know about Monster until this thread. I’ve only been judging it via its aesthetics. I saw it at Best Buy once and it was pretty nice. Especially the Solo. Really minimal, smooth design. 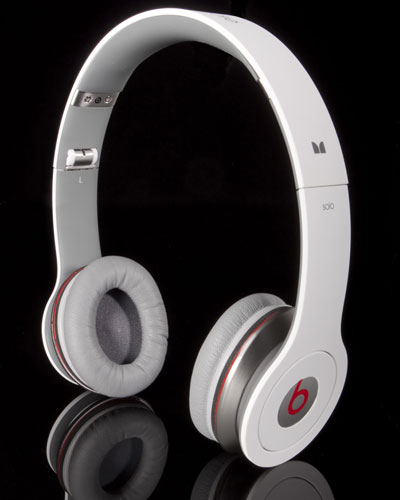 Also, I wouldn’t be complaining about not getting a job when your portfolio is on Picasa. No offense, just saying that’s kind of… not professional? Not respected as an appropriate place? I dunno.

The Beats headphones are vile. They look more like a '80s Laser Tag accessory than anything mentioned. Not to mention they don’t look like good headphones, anyone who’s familiar with high end cans CANNOT take that cartoonish barrette seriously.

agreed. i cant consider those as headphones. they’re just a fashion accessory.

Mind fixing that quote? Looks like I said it, which I didn’t.

And what’s wrong with a fashion accessory winning a design award? It’s not winning a headphone award.

Well, I’m not knowledgeable in the ethics of Monster, so I’ll excuse myself.

What kind of design job do you want to get? I don’t mean this as an attack. I’ve read a few of your posts and you seem disgruntled with consumer products.

sorry off topic, probably should have posted in employment

sorry 'bout that tarngerine not used to html/quote tag things

I think you would do yourself some good separating why you don’t have a job vs. bashing other designers. What you do has nothing to do with what anyone else does. It comes off as very unappealing.

Im not saying you can’t have an opinion on design, this is what the forum is for. Just leave it at that.

Monster is like the best company in the industry, wtf are you talking about, their products and ethics are top notch, I think Steve Jobs could take a lesson or two from them!

They totally deserve the award, I think you’re just jealous.

Slingbox is I think Fuseproject and New Deal Design.

Well the bay area does rule… but seriously, the IDEAs are always hotly contested, just like the winners of most merit based but subjective awards in industries filled with passionate people.

I will say, the Dr Dre Beats headphones do not deserve all the flak they are getting in here. I think someone said on the first page they don’t even consider them headphones? I’d recommend to not confuse your love of niche audiophile product that is inaccessible to the masses with your love of design. That is like saying a Hyundai is not a car, when by definition it most certainly is, and look where they are now and where they are going?

I think this product hit their target consumer pretty well, and they did it without resorting to the typical form catalog of urban bling, zumees flair, nor urban outfitters faux authenticity. They did it with clean, simple design. they also navigated a tricky brand directive with a clean brand mark. Diddy Beats by Dr Dre made by Monster is a mouthful, but the clean mark on the side really sets it off.

I believe someone also said these were not good because they didn’t “look” like audio equipment, I would normally quote directly, but pressed for time here… you know what else does not look like audio equipment? An iPod. I said it, jumped the shark on page two… though nor does a zune or any other mp3 player which is what these will most likely be plugged in to. I thought as designers we were in the habit of breaking paradigms and not condemning others for doing so? 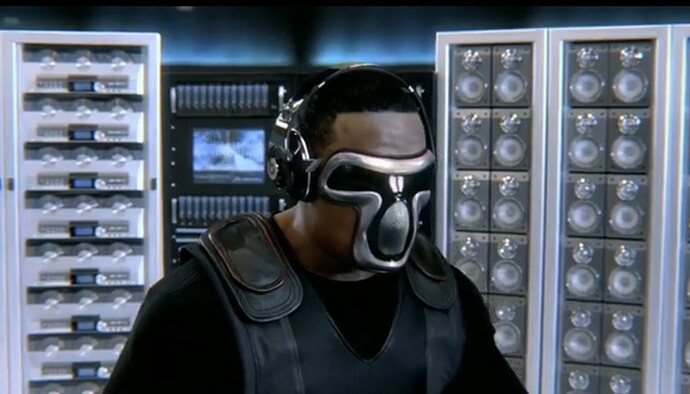 Great White DJ Blog where you can find the newest in Hip Hop, R&B, and EDM. 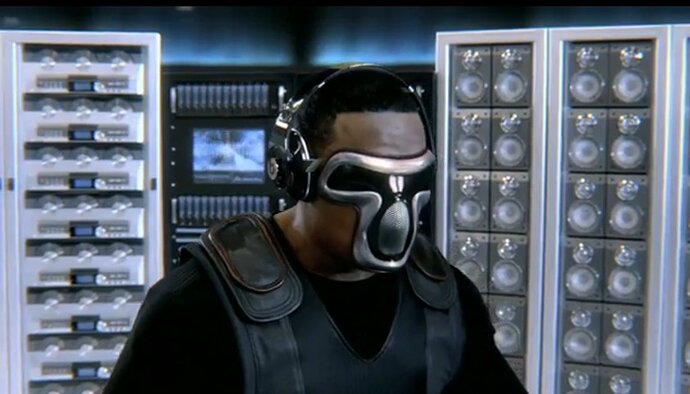 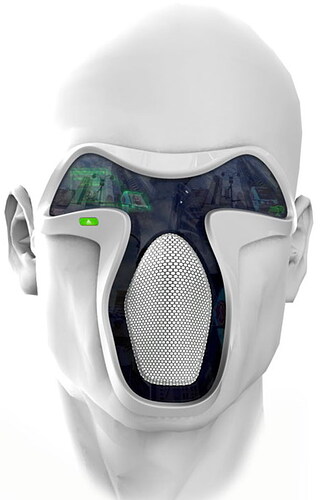 Yo, the first time I saw that comercial, my cheese-radar started beeping, but as I watched it, I thought to myself “that’s f-ing cool” though I’m a bit embarrassed.

Nevermind the comments on this video which reveal that these “consumers” we design for are engaged in heated arguments over whether or not the “b” logo is actually a “6” and the three laptops in this commercial, together read “666.” Why-oh-why are youtube commenters like that you know what I mean…


And that’s quite a strong resemblance, is Dr. Dre using the augmented reality mask? Any connection?

No connection. The ad agency must have seen it in a blog and just recreated it. It would be nice if they collaborate with us or let us know ahead of time!

You are at .500 when the stuff you design comes out looking about what it costs. You are batting over .500 when you make something cheap look expensive (e.g. polished black plastic). You are under .500 when your expensive stuff looks cheap, which is really my only beef with these headphones. However one could judge the success of the design by its ability to appeal to people used to paying $229 for headphones intended for listening to hip-hop. (I tried on some Sony headphones in Akihabara that felt like angels massaging your ears, and they were less than $229. But that’s beside the point.)

My only advice is to 1) do your best work and 2) try not to read too much into the choices of design competitions. For example, everyone knows that Frog is a global, multidisciplinary company synonymous with major design efforts. And they won exactly one IDEA award this year. Maybe they didn’t enter much stuff.

I’ve never heard all this bad news on Monster, not saying it’s not true, but I’ve never heard it and I’ve been in and out of the music, hip-hop, dj circles for the last 14 years. beats definitely hit the scene with a buzz I haven’t seen before, and were among the only higher price point headphones I’ve considered replacing my current studio phones with since I got them in 1997. They look great and I don’t have any real gripe with the sound.

I’m happy with my monster (non-beats) earbuds. That they were recommended to me by a guy who makes high end cables for audiophiles is indicative of how different their approach to making headphones is from that of their cables.

Not being from the US, knowing Monster (we dont get them down here) and not following the IDEA awards politics, can I just say…
What’s that bad about them? Almost completely regurgitating yo here, but they haven’t resorted to gimmicky faux gold finishes or hardcore graphics to create visual appeal to the hip-hop market. No gold-laces-on-timberlands here. If they’ve sold a bucketload (ie: create desire in their desired market), work sufficiently well (no mass returns) then what exactly about them makes them ‘bad’?They’re from a company who has the guise of having little respect for refined aesthetics? Their morality is in question? Their business ethics?

Variant, I do find it very amusing how you seem to find fault with so much and how the reason you can’t obtain a job is because the industry doesn’t recognize your “apparent greatness” and that they would rather higher less talented designers. We have all seen your work that you have online and when critiqued you took the approach that those who had negative comments didn’t know what they were talking about. And that all of the work shown is to meet your client’s vision… So why don’t you post a piece of your work that you feels embodies your greatness and show us your real talent. Just one piece not a whole portfolio which you stated in the past you don’t have time to redo because you are so busy yet still unemployed. Because up to this point your last few post portray you more of a spoiled designer who blames everyone else for your short comings when in fact you may need to take a hard look at your own faults and how you need to overcome some things. Arrogance in designers is never a valued characteristic, and although some good designers can be arrogant, some of the greatest designers I have met are extremely humble.

clapclap I didn’t have the balls to say it since I’m still a student but thanks Chevis.