Hi, I posted the same questions up in the “general discussion board”. Just found this “interaction” section and realized this might be the appropriate place to post my topic.

While some interaction (UX, User experience) designers went to school for industrial design, I would not say that Interaction design is a sub category of ID. Each discipline requires different skill sets.

• Interaction designers- design interfaces(Web, Mobile, Application, etc)–Although they also design the interaction between the user, the product and the interface. I.e. Bank patron-ATM-Interface.


To become an Interaction designer you can either go to school for it, or self teach and get an internship. Some of the programs for Interaction design can be called HCI (human computer interaction) or UX, etc. I believe there is a list of schools in this forum that offer programs. If not check out http://www.ixda.org/ for additional resources.

Few would consider Interaction Design (IxD) a sub-specialty of Industrial Design (ID), although historically this is accurate. Most Interaction Designers do nothing other than design software user interfaces, particularly on the web these days. They tend to come from the graphic design, HCI or Tech-Pubs and e-Learning world. Although IDEO co-founder Bill Moggridge coined the term in the 1980’s, Alan Cooper clearly defined it in his book The Inmates are Running the Asylum.

Although the clear fishing post bumped this topic up, it is a good bump.

In the same train of thought, I’ve wondered why ID doesn’t have some sort of formal certification as other design fields do. UXDesigners / IDers / Graphic designers… it seems these titles don’t have much weight to them at all.

In the same train of thought, I’ve wondered why ID doesn’t have some sort of formal certification as other design fields do. UXDesigners / IDers / Graphic designers… it seems these titles don’t have much weight to them at all.

I think having an ID cert would probably be hard to do, and maybe also be counter productive. The field is so wide… I’ve always thought the flexibility of ID is it’s biggest strength. Standardizing skills for certification purposes would take some of that away, and potentially skew the perception of the field/people.

At least the title still mostly fits though. In the world of UX the name game is getting silly. I’m finding that a lot of the work is now being called UX/UI, and is really just UI styling. UX is (at least from it’s origins) supposed to be more of the research and information architecture side, but it seems like that’s harder to sell to clients and C suite than some pretty brochure-ware. …still, the name UX is popular.

I think that part of UX is now more actively called IxD.

As someone who changed their title to UX designer (And gave up CAD for the 2D kind of wireframe) there are a lot of naming confusions involved.

Ultimately you can call yourself whatever you want, UX tends to be the broadest, higher level version of the term. There is a great lack of consistency across the industry since it’s still a young-ish and constantly evolving field.

If you look at job descriptions the two are often used interchangeably, because it’s hard to point to certain examples and say “this is UI” and “This is UX”.

My favorite example is the cereal metaphor that was passed around years ago. http://edlea.com/blog/product-ux-ui-cereal/

The User Interface is ultimately the way a customer accesses your product. User Experience is someone who considers every part of the customer experience including the information architecture, product features, to what makes them buy it in the first place. A bowl of cereal can have a delicious cereal and fancy spoon, but if the milk is sour the whole thing tastes like sh*t. That is the importance of UX over UI.

Jut be a designer and you can do everything.

Maybe the D should be capitalized?

To be a good UX designer, I suppose you need to know fundamentals of it. I reccomend to start from basic Ux Design Techniques.
There are a lot of good materials about this topic. You can start by reading this short article - What are the best UX design techniques?
Good luck!

UX is dedicated to a logic of how user interacts with application (yeah it’s about web or app design). Imagine a carcass of a car without a car body,
it’s UX, when you put a body on it, create a passenger compartment, brush it and etc etc etc - you’re doing a UI.
It was a rough definition. If you want to pling into the world of web design, you should overhelm lots of techniques.
I’ve found a good article, a lot related to the above one https://thunderrise.com/blog/9-best-mobile-ux-design-principles
My best wishes

Becoming a User Experience Designer is not easier as it looks. It demands hard work of several years just for learning the core design principles and techniques. Follow the following steps :

Find thousands of original, free design and illustration tutorials and courses to help you improve your current skills or pick up a new one. Choose from Adobe Photoshop, vector, drawing and InDesign, trend and themed quality educational content. 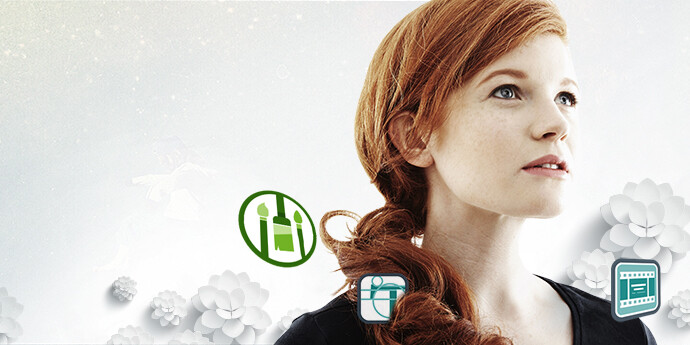 Our Photoshop online training courses from LinkedIn Learning (formerly Lynda.com) provide you with the skills you need, from the fundamentals to advanced tips. Browse our wide selection of Photoshop classes to find exactly what you’re looking for.

Submit Your work on the MyFolio.com, Dribble.com and get reviews from the industry experts