Im going to ICFF for the first time. Anything that I shouldn’t miss? Anyone have favorite booths or designers? Any advice or pointers would be great. Thanks.

sorry bbarn , i wudn’t be of any help to you.

I am going to ICFF for the first time aswell, on the general public day i.e the last day. guys are students allowed for free there?? thirty dollars is really expensive… and ya like bbarn even i want to know what is “just not to miss” at ICFF…

all you need to do to get in to ICFF (all days) is register online as a designer, manufacturer or media. Just fill out the form or call then send them a copy of your “business card” and they will reregister you and it will not cost a thing. Be warned though, once you register they will send you badge after badge after badge, year after year, after year! I think they hate trees!

ICFF… Check out those Mini coopers dressed up by Bisazza.

First - keep and eye on our Photo Gallery of the event to see what interests you. We’ll be publishing 100’s of pictures over the next few days.

The ICFF show is quite good this year - not a lot of filler crap. The foam gorilla project by LIFT was fun. Lots of great work in the British design aisles. Blank Blank has a nice booth, as does InToto. The school booths are well done. DesignBoom’s DesignMart is a lot of fun, with about 20 designers showing.

Overall there are tons of ideas on display. While in town try to see the Dutch Village show at the Weiss Studio, and the Design Downtown show at Drive In Studios. The BSide show at the Crudo Bar is very nice, but small - only 10 pieces. Also, the Joint Venture shows in Williamsburg on Monday will be interesting, and the party will be a lot of fun.

I assume a lot of people went over the weekend… I really had a good time. But a few things caught my eye in a good way and a bad way…

Start with the bad, my friend and noticed the sheer ammount of Birch Veneer. Not saying it is bad, I am just dont think that should a crutch for furniture design… The other thing was, haw many goddamn things were freakin lazercut…

Anyway, some of the British design stuff was funny and interesting like suckUK and Black&Blum… Also the company that bought like 30 RP machines where manufacturing their own lights form their studio were pretty cool…

What else did people see that they liked or disliked?

I really hate to see people at ICFF student booth copying and stealing other people’s designs. I hate to say but those who own awards for certain art schools, the school itself didn’t even realize that their students copied others designers works and they still show them so proudly.
Its all teachers fault that you guys never research on current design anymore.
Why one would want to do such thing to make his/her name published?
Shame on you. You know who you are, copy cats.

Dear Pratt, you must know the students you gave award,
you must look at this first:
Nicole Van SCHOUTENGURG
http://www.core77.com/reactor/04.05_dutchdesign.asp#04

hahah… i went to pratt. i said the same thing. has anyone seen the tall tower bookshelf sold through DWR that works on the same concept, but is sold for nearly $2500…

also did anyone catch the laminated cardboard chairs being hawked by one company. it was amazing. same concept, materials were obviously the same, down to the masonite on the outside for structure. he said they were “inspired” by frank gehry’s work. come on. the guy obviously believes in his idea because he shelled out god knows how much to get his stuff shown. i was dumbfounded when i saw this. i hope everyone else has the same reaction. ridiculous.

Yeah I saw those cardboard chairs being made out of NC USA… When I first saw them I was like wow Ghery is showing is furniture here, upon futher inspection I learned the 2 guys there started the company, I didnt ask details about the stolen designs…

how was ICFF u bastards

anyone get to see the theatre space??

how did it turn out?

anyone have a company name?

anyone have a company name?

Materialise.MGX, their show in Milan was really amazing. Their website doesn’t do their products justice, though. Here’s a few detail shots from Milan: 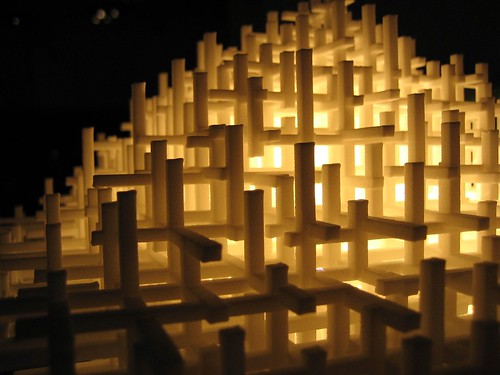 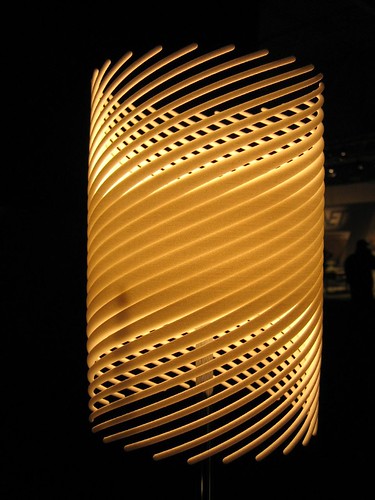 thanks. know their stuff. but hadnt heard about the 30 machines.

I hope some of you checked out pier 90 and 92, apparently this is the first year the italians have separated from the main event. They had some pretty cool stuff over there.

Suck UK was great to see and all the British designers that showed were pretty impressive. As far as the schools exhibits, Art Center outdid themselves granted the pieces shown were actually production pieces. Underwhelmed by Parsons and the rest of the schools.