Takes a lot of balls to build your own car.

Is it you man, or is it the company he works for? That is one hell of a 5 axis CNC. Looks like a company trying to create a new entry into the p2 Lamans series.

Check out the pic on page 7, that really is one hell of a 5-axis CNC mill! 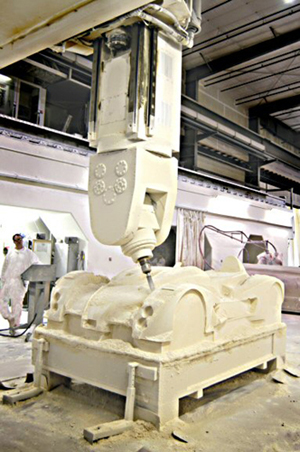 … and a massive tool

yea, those damn rich and resourceful people… how frivolous of them…
why don’t they try changing the world and doing good for humanity as we all do on a day-to-day basis.

Having excess time on one’s hands is so…uncool.

ps Anyone do something you think is cool, and then theres always that one dick who goes “you have too much time on your hands.” I hate those dicks!

It seems like he’s made some good progress since I last checked.

very ugly, he should do an MA in vehicle deisgn

This design looks familiar…anyone else recognize it?

Forget to ask…how much money you think this costing him?

Maybe before we criticize the design skills, we should figure out if he is designing at all. So, I checked out a hunch and the car actually looks like a Panoz LMP. I’d say he is less worried about whether the car looks good, and more interested in whether it will be as aerodynamic as the real thing.

Indeed, there is nothing really new or otherwise interesting to the bodywork. Definatly screams 3/4 scale Panoz. But I do like the fact that some attention was paid to aerodynamics instead of throwing something together.

His earlier concept for the chassis seemed more appropriate, but the latest updates show a much simplified version that I would guess will be a bit more flexible that what he had planned on.

I can only image what kind of money has been spent on the car - his original estimates were “about the price of a new Elise” bit I would think that has been passed already, if not by a pretty large sum.

Its my dream to build my own car one day, although I have some ideas that would make it a bit more progressive, in terms of powerplant/drivetrain and structure, than what he has done. Having no doors or windows surely made it much more simple, but building a car from scratch is not a project for those with short attention spans or shallow pockets. Definately a commendable effort, and should be a very fun, if not suicidal, ride when complete.

Check out the progress in this guy’s car, I think it’s starting to look pretty cool.

CNC is one thing but I’d like to see this thing SLA’d.

I think it looks pretty good. Maybe not the most innovative exterior design but I like the tandem hump where the engine sits. It reminds me of some of the more bizarre experimental Luftwaffe configurations. The vents add alot. Reminds me of some of the car drawings that Scott Robertson & Neville Page have up on their site: http://www.drawthrough.com/
The Pricing & Specs page lists a V8 version! I’d like to see how he was able to shoehorn 2 Hayabusas into that thing, or if he had to modify the shell.
It is somewhat disappointing though, that he spends way more time in the early stages fussing over the cosmetics while the mechanicals remain a bit vague. Hell, at one point it looked like he had only made an allowance of 5cm for a seat, and never included that important detail in any of his models. I know its easier for me to criticize than it is for him to build, but the bodywork is probably the last, least essential, and most flexible part of the design process.
As a designer - get your priorities straight buddy!
As a speed junkie - good job!