I Need Help to ID a PCB

This PCB was found on a floor in a Womens Bathroom. There are only 4 ladies whom use it.
None of them say they dropped and broke anything. They all have there cell phones. So being the kind of person
I am I opened my mouth and said jokingly it was probibly a camera. Wrong thing to say… anyway to make a long story
short I would like to find out what type of device this board went to. Thanks for any help. 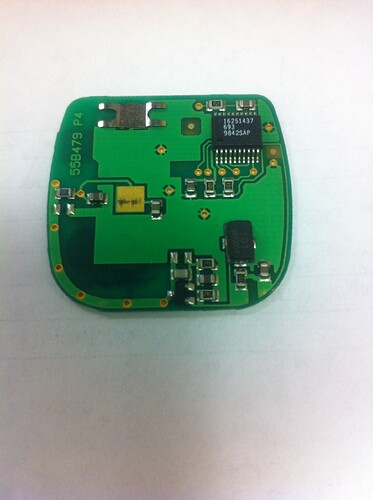 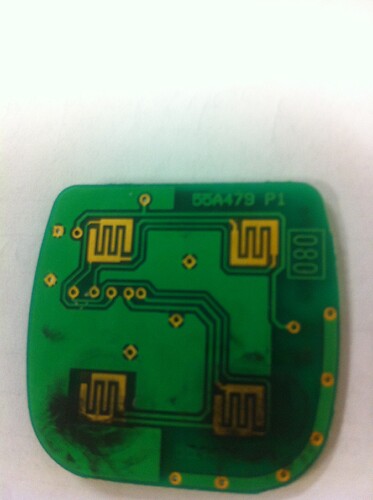 Four buttons, two used heavily and a battery holder – some kind of remote?

Given the location, and demographic…

how big is it? maybe the board from a car key fob with “lock, unlock” and trunk, emer.

how big is it? maybe the board from a car key fob with “lock, unlock” and trunk, emer.

I think NURB and Brett have it.

If you are playing detective then you must question all the players.

the 1625… chip is a transceiver, sends a signal, doesn’t receive. Like a remote door un/lock.

Mystery Solved, Chris Thanks It was a car key remote PCB., One of the ladies remembers dropping her keys now and yup
it was missing the innerards, Thank you all for the Help.

the 1625… chip is a transceiver, sends a signal, doesn’t receive. Like a remote door un/lock.

Wow… I’m impressed by your knowledge.

I have to admit, this was kind of fun.

Darn I knew it as soon as I saw it then scrolled down and saw I was too late!

I came in late on this…enjoyed reading the Sherlock Holmes’ short story.

I have a bunch of PCBs laying around. We could make this a weekly thing;)

There needs to be a dedicated Topic for threads such as this even if it’s just for fun! 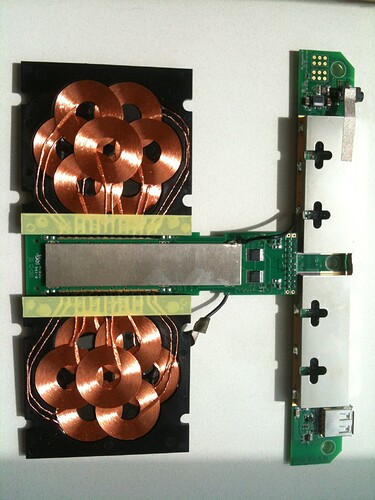