For now, guess I’ll start this here since Core77 posted on main blog about robots, but i think there should be a special interest area dedicated to robots…that is if they really heart robots.

on that note to prime the pump…a little something from another site whose creator also loves robots: 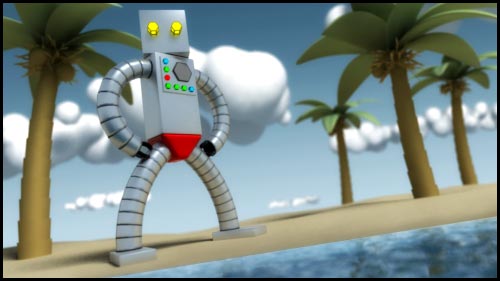 i’ll be posting sketches here soon and look forward to other contributions. for now, gonna stand in line for WALL-E! (not really, time for lunch, but i’ll definitely be seeing it this weekend as i heart Pixar)

I love robots too! Just saw WALL E yesterday, it was fantastic. Here’s a good link if you haven’t seen the site: http://conceptrobots.blogspot.com/

It’s not updated very frequently, but there’s some good stuff on there. Also, its sister site http://conceptships.blogspot.com/ is great too.

I wuvved WALL-E! Of all the Pixar movies, it was probably the most adult centered. Definitely darker and forboding with some of the usual Pixar moments. I rate it very highly as it reflected a great deal of my own opinions.

The conceptrobots link is great! Nice addition to my Favorites…

As far as subject matter is concerned, retrieved this from APOD (Astronomy Picture of the Day): 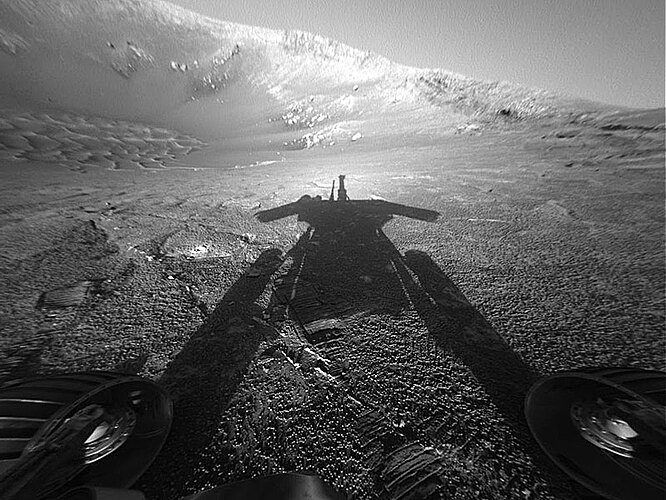 What if you saw your shadow on Mars and it wasn’t human? Then you might be the Opportunity rover currently exploring Mars. Opportunity and sister robot Spirit have been probing the red planet since early 2004, finding evidence of ancient water, and sending breathtaking images across the inner Solar System. Pictured above, Opportunity looks opposite the Sun into Endurance Crater and sees its own shadow. Two wheels are visible on the lower left and right, while the floor and walls of the unusual crater are visible in the background. Opportunity and Spirit have now spent over four years exploring the red world, find new clues into the wet ancient past of our Solar System’s second most habitable planet.

all I can say is wow! These robots have easily surpassed all design and engineering expectations. They were supposed to have lasted about a month but I guess if you were the first living thing on Mars, wouldn’t you want to stick around a little longer?