I am hunkered down in our humble abode riding out the storm in central Jersey. Been without power for a while. I just wanted to put out a good luck to all that is going through this and be safe!!

Yeah we dealt with this with Irene but this one is much worse. Sounds like armageden outside.

I sure hope you eastcoasters out there are all up and well. The pictures from New Jersey are a little frightening.
*
mo-i

Even being from NC where we see hurricanes pretty often, I can’t believe the pictures - especially the flooding in the streets and subway. Good luck out there

I’m OK on LI, but the damage to my hometown where my mother and many of my friends still live was frightening. 7’ of water swept through parts of the town that have never even seen a storm surge.

It’s a pretty grisly scene, no power, scattered and unusable cell service, trees and power lines down everywhere, and most of the houses with basements are still full of ocean water/sewage.

Still not anywhere near as bad as the barrier islands and Jersey. There is literally nothing to go back to in some of those areas.

We’re on our 3rd day with no power and spotty cell service, our damage around here was limited to vertical flying trees here and there, wiping out cars, houses, roads, etc. The last report I got from the ground crews was something about more downed main lines and a damaged sub station.

Could be much worse.

Storms like these make my wife especially nervous because of the peak skylights on our house (pics below). They were very well designed but if one of those goes, the whole house would quickly fill up with water!

Beautiful house though. I know there were about 100 or so utility trucks from the Twin Cities headed out to help. Hopefully you guys can get power soon. Wishing for all the best from the timid, safe, uninteresting Midwest.

Generatewhatsnext - Thanks for the pics of your beuatiful house. Now back to the topic

I know there were about 100 or so utility trucks from the Twin Cities headed out to help. Hopefully you guys can get power soon. Wishing for all the best from the timid, safe, uninteresting Midwest.

Just got power back. Sandy was one crazy bitch!!! To put it nicely!! I was without power for two days, NYC is flooded and our county looks like a war zone. None of us can get to work, gas stations are either closed or have a 3-5 mile back-up!!

I feel awful for the Jersey coast and lower NYC. We have never seen anything like this. In this case the power is the least of their worries. The have nothing left. It has completely wiped everything out. In Breezy point 100 houses burned down, Atlantic city was leveled, and battery park say 13 feet of water!!

These are just a few pics I have pulled off the net as I have not had a chance to snap pics myself and have not made it to NYC. Good luck to all that that were hit which includes a lot of my very close friends!! 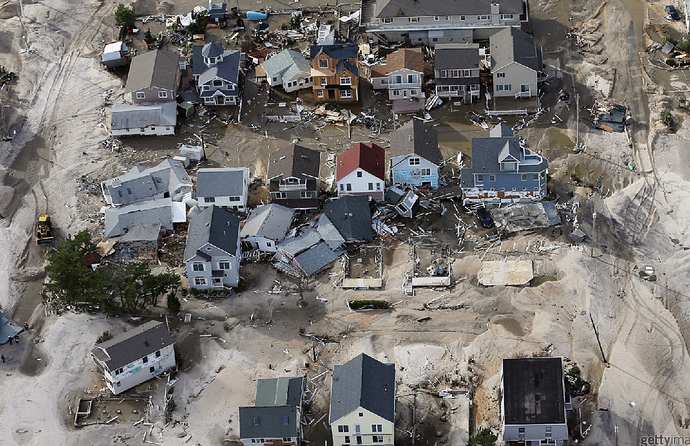 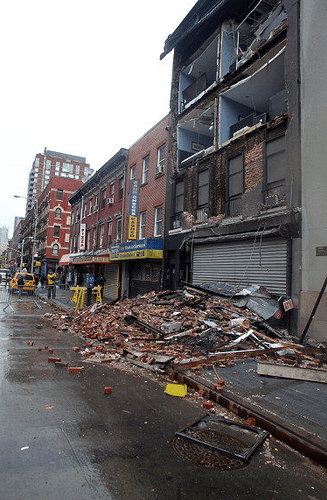 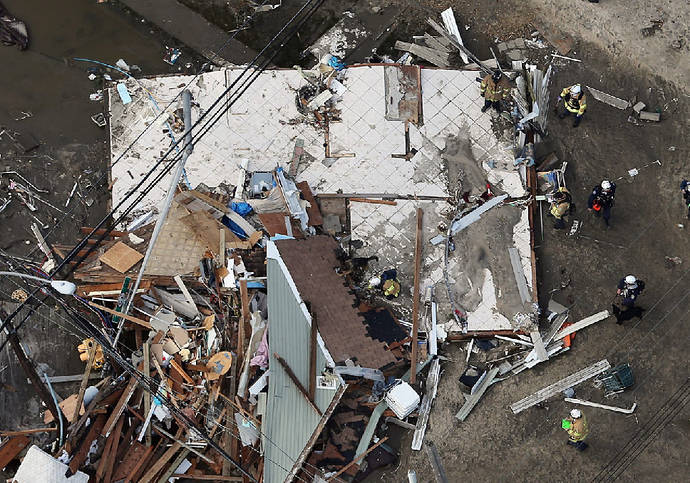 Justin, great to have you back on deck, really waited to hear you pipe up again!
Hope your loved ones including the cute dog are okey as well. Everything else will get mended during the next days.

Justin, great to have you back on deck, really waited to hear you pipe up again!
Hope your loved ones including the cute dog are okey as well. Everything else will get mended during the next days.

Thanks. We are all ok and am luck to have no damage to the house.

Power’s still out here, most of the traffic signals and the hospital are back online - but luckily BGE says only 7000 or so are still without power. Our county had 132,000 out of power 4 days ago - that’s a pretty fast drop to 7K. There was a cool picture of the Baltimore Ravens stadium parking lots filled with bucket trucks a day before the storm hit, all from out of state - they were ready. Luckily we didn’t get the rising water like NJ/NY

lol PackageID - skylights possibly being blown away or crashed to bits might just be on topic here.

I’m glad everyone is well.

It sounds like it was a spooky and dark Halloween in lower Manhattan last night… from facebook friends, power was mostly out and buses weren’t running

It sounds like it was a spooky and dark Halloween in lower Manhattan last night… from facebook friends, power was mostly out and buses weren’t running

and I heard they had cops stationed everywhere just in case…

Lots of reports on the media of virtually no disaster assistance making it’s way into New York City. Is anyone here in NYC that can provide some verification/clarification of what happening there.

The news shows lots of pictures of trucks being staged. Here on LI the only thing I could comment on is the occasional Humvee driving around, other than that I haven’t seen anything.

I believe aid is probably making it to the most destroyed areas first around Staten Island/Queens, lower Manhattan hasn’t had power but they’re supposed to be kicking much of it on today.

They need to hurry up…the cold weather brought in by the storm is going to really start to take a toll on people without power. I’ve been sheltering 4 of my friends since the storm since we got power back.

Honestly, the most important part of the disaster assistance is the hundreds of fire fighters, power workers, and sanitation workers that have been working around the clock. I had to literally dispose of half of a house and the sanitation workers have had a truck on every block helping to dispose of everything. The damage to the trees and power seem to be taken care of as progressively as they can, so it seems like progress is being made.

Every gas station on LI has cops stationed at it because of all the fights that are breaking out. There are 2+ mile long lines at every station of cars PLUS lines hundreds of people long waiting to fill gas cans. A lot of gas stations in the shore areas here are ONLY allowing people to fill up gas cans for pumps and generators. Honestly people are being selfish and wasting more gas idling in line for 2 hours just so they can drive to work when so many people still don’t have power.

The best thing FEMA could do right now is arrange to GIVE away gasoline for pump & generator use, but only if the person is on foot; it might reduce some of the tension.

Awesome is an abused word in the contemporary lexicon. But that image is truly awesome.

Frankly, I’m surprised she made it through this.