How was this shoe made

I came across the pictured shoe around the office. Of course I had to cut it open to see how it was made. Now I need someone to confirm it was double injected, red (soft) foam first, then the harder gray foam injected in the core. There are also some remnants of injection needles in the core maybe? Number 1, 3 and 5 of those penetrate about 15mm, while 2 and 4 are only 3mm deep. Can anyone tell me if i’m right about all this? And the grey coating on the outside, was that already in the mold before injecting?

Also, more examples of shoes made this way would be much appreciated!
Thanks! 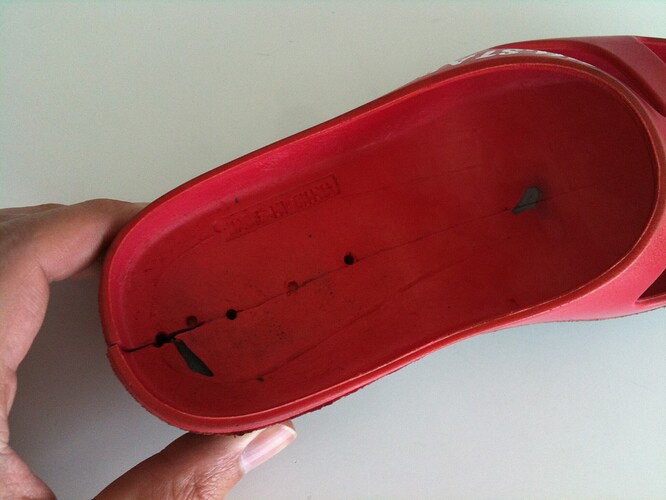 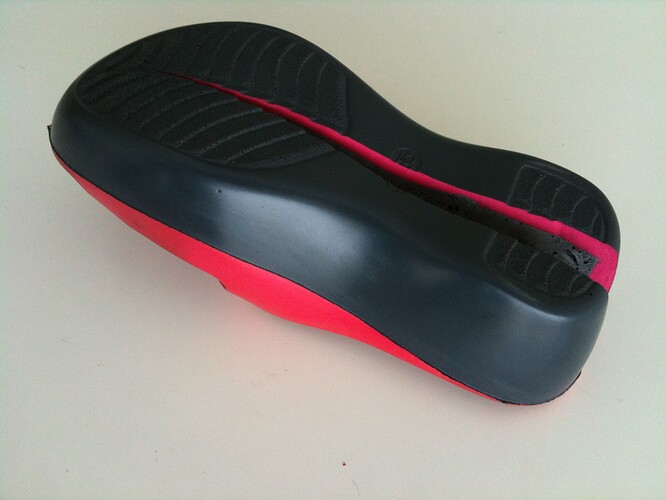 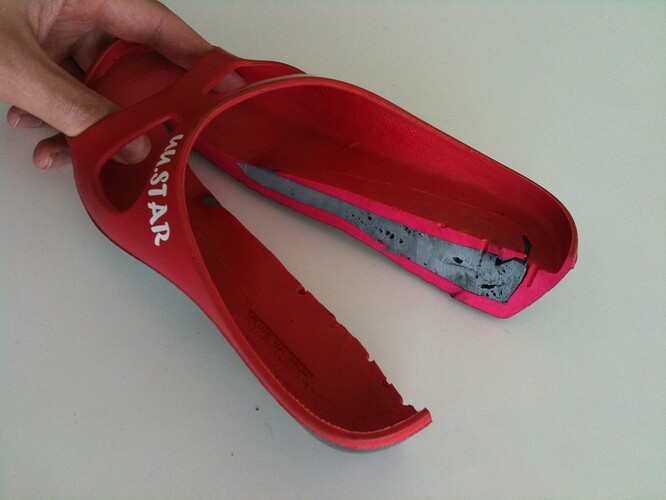 Harder gray foam was likely cut from a block and inserted into the mold. The pins you see are there to hold its distance away from the mold wall when the red is injected and stop it from moving around. The dark gray outer could be a film or a painted layer into the mold since it seems to terminate at the parting line.

Thanks for the replies guys!

I do indeed think the black layer on the outside was film/painted layer. Amazing how well that bonds with the red foam. Though I’m pretty sure the red will show through pretty quickly on the outsole.

I’ve taken one side of the hard gray foam out. It doesn’t look like it was cut from a block, more like they squirted the material in a very rough mold with a caulkgun or something similar.

Final question, there is a partline on the footbed which corresponds with the outlines of the dark gray foam piece. Would this be for a slide to insert with the gray piece attached to the spike? Why would you need a slide that big for it (suggesting it gets inserted when the mold is closed)? Why not pin the part directly in the mold?

If I learn something interesting at the factory, I’ll post it up. Thanks again!