How to create an abstract digital wave in Photoshop?

I am trying to create something similar to the attached picture. What is the technique to achieve something like this? I have tried using the pen tool/stroke paths with different thicknesses of brush strokes and have then repeated this numerous times editing the transparency and adding gaussian blur but I just can’t get enough vibrancy. I’m sure the solution is really simple but not even sure if i’m on the right tracks or not? 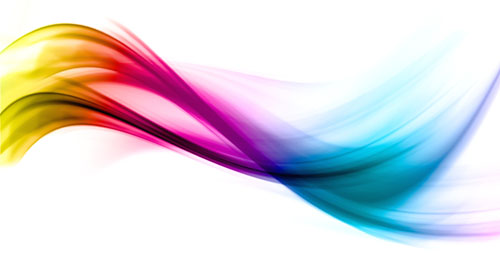 Looks like it’s just a manual series of airbrush strokes, probably with some erasing to crisp up certain lines.

Judging by the transitions at the end of each stroke, I don’t think you are going to get organic look by stroking a path, you’d probably want to try it on a tablet that has pressure sensitivity.

I have done many of these. The way I approach it is with the fuzzy airbrush brush and set to almost to the smallest setting. Then I just start stroking. Once I have many thin lines then I start to fill in with a big spread and drop the transparency of it. Once you have started to filling just keep on going back and forth between the small brush and large fill brush in till you have the texture and look you want. This might require some erasing in order to create the crisp edges on the more transparent lines.

I would do the color part after using the colorize function. For this just mask off the section you want to be differnt colors possible feather the mask so it has softer transition between colors. Then just adjust to the right color.

You will need a Wacom to create this image but it is very doable it will just require time and a little practice.

Thank you Cyberdemon and singletrack! Sounds like you guys know your stuff and also sounds like I need to invest in a tablet. For now though I will give your techniques a go without a tablet and hopefully achieve the effects I want. Thanks again!

You could try using a custom brush and seeing if you can get something similar but I think it will be pretty difficult without the tablet.

I think iStockphoto has some of these waves in both PSD and AI format. Would save you a lot of trouble!

Feel like I’m cheating but after a whole weekend trying to create this abstract wave (grrrr) I have now resorted to iStock. Kinda wish I’d thought of this before. Am still going to invest in a tablet though and work on my ‘shapes’ for the future!

Thanks for all the advice!

I can’t recall the setting, but there is something in brush settings that allow you to set a taper so it can go from thick to thin.

I used it to do something with similar strokes a while ago. I drew paths with the pen tool than stroked with my custom brush. You can also adjust/set layer settings to have glow, transparency, etc. I also then tweaked by hand to erase some areas, etc.

R, was that with or without the tablet though?

If you go to brush properties you can adjust the size jitter under shape dynamics so that the size is controlled by pressure, but I can’t figure out a way to get that to respond without the tablet.

You can get a similar look by using a flat/angled brush and checking “simulate pressure” when you stroke the path, but that’s the closest I’ve come so far.

No tablet. I drew the path with the pen tool (like in Illustrator) then stroked it. I think the control is the one called Flow. Gotta play around a bit.

In illustrator you can taper a line (or give it another shape) with the “Profile” property. It’s in the Stroke box at the bottom (show options). It gives the entire length of the line that shape, so if you just want the end tapered, split the line with the scissors tool (I always make a copy first) and just make one piece have a tapered profile. I’m not sure if there’s a way to have custom profiles.

You could also do this with a custom brush, but it’s more of a pain.