How technology has changed us over 20 years 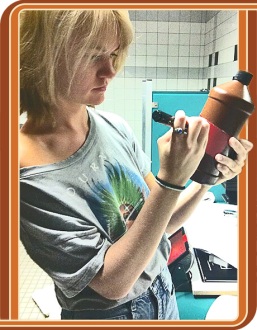 HOW TO BUILD A NEWSROOM TIME MACHINE

If you can’t survive without your phone, imagine college journalists publishing a newspaper without computers. It’s grim.

Journalism students have to produce a paper using 20 year old plus technology (I think slightly older, when I started on the uni. paper in 1989* we used Macs, but there was still a lot of cutting and pasting for real, and we could supply hand-written stories that someone would type in for us).

Great conclusions:
“Technology hasn’t made us lazier, but it has made it possible to be lazier while still producing the same amount of quality work.”

“Many staffers learned that, while they can deftly manipulate a mouse to kill hundreds of bad guys in a videogame, few of them can draw a straight line.”

Great article! Would be interesting to do the same with a design project, without any modelling programs or rapid prototyping.

I’ve always liked the idea of doing things old school. It makes me feel more badass to work in the foamshop instead of goofing around in Rhino. I still haven’t gotten to use a fully functioning typewriter (either really old, broken, out of ink, or no paper.)… one day!

Doing analogue things after a heavy day of digital work is actually relaxing. There are no loading bars, no unexpected crashes, no software errors and no annoying grinding noise of the hard drive. You’re a lot more in control of the analogue process. On the contrary, digital technology is a lot more stressful, because you would never ever have the time to understand how a certain digital algorithm would work. Technology stressed us out a lot more over the last 20 years, for sure.


…and I use to complain about the high cost of markers?

…and I use to complain about the high cost of markers?

When I was at Purdue ('69-'73) a study was done of all of the engineering “colleges” on campus to find out which field of study was the most expensive in terms of materials required for lab courses.

It was eventually determined that the “Electrical Engineering” curriculum was the most expensive because of all the miscellaneous transistors, wire, switches, etc. that students had to buy to build their projects. How much? As I recall it was something like $75-100 per semester. Granted, that was a lot; at the time my rent for a 2-bedroom apartment was $140 per month.

But I know damned well how much I paid for Prisma Colors, Studio Markers, Strathmore, newsprint, Xacto blades, clay, plaster, wood, etc… and it sure as hell was a LOT more than $75-100 per semester.

Purdue’s ID program was under the aegis of the School of Humanities, and was not surveyed.

There are no loading bars, no unexpected crashes, no software errors and no annoying grinding noise of the hard drive. You’re a lot more in control of the analogue process.

Can you say, "Bent over a drafting machine, using ellipse templates, circle templates, and compass, " now add to those words, “in ink on mylar.”

Technology stressed us out a lot more over the last 20 years, for sure.

I most certainly agree. The learning curve on “technological use” feels like it was much steeper than “analog” skills. And I think that the “understanding” gained from sorting things out in your head was/is stronger than what is learned by observing the results of computer output … i.e. 3D modelling, perspective, color, light & shadow, rendering, etc.

I was amused to find that my smartphone is slightly more powerful than the computer I learned to use CAD on in the late 90’s, so not 20 years on, but 10.

I still prefer to hand process black and white photos in a darkroom, personally. But, mostly for art related work. Quick snapshots of my kids are always digital for what ever reason.

I think my current 4 year old Samsung flip phone is more powerful than the first computer we had at home. The Tandy 1000 HX! 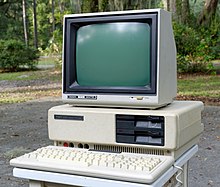 The Tandy 1000 is the first in a line of IBM PC workalike home computer systems produced by the Tandy Corporation for sale in its Radio Shack and Radio Shack Computer Center chains of stores. In December 1983, an executive with Tandy Corporation, maker of TRS-80 computers, said about the new IBM PCjr: "I'm sure a lot of people will be coming out with PCjr look-alikes. The market is big." While preparing the Tandy 2000—the company's first MS-DOS computer—for release in November 1983, Tandy began ...

Even in the 10 years I’ve been working professionally, simple things like job searching has changed dramatically. As well as the amount of knowledge known about many professions. 10-15 years ago, you’d have to go to the library, pick up a book and figure out just what an Electrical Engineer does day in day out. Now you can find out in 3 minutes of web searches. Of course, it took me a semester of college to find out there was no way I wanted to be a Computer Engineer. Think of the time I could have saved!

Of course, I am missing out on that sweet payday…

One of the “analog experiences” that I tap into regularly is my background in studio photography. Learning to light a scene in a real studio has a direct correlation to lighting a virtual 3D scene in Photoview 360. I visualize moving around lights and controlling shadows and reflections. I never dreamed that I would be making that leap when I took my first photo studio course way back in school.

Lew: It does seem that ID is ludicrously expensive. I remember when I was trying to freelance in 2002/2003, I didn’t want to use any cracked software, but I didn’t have the $7000 to buy the legit stuff, especially when I had no clients.

My gf is a lawyer and I’m always complaining to her. They get to charge $150 + an hour and all they need is Word. Plus, now that I’ve seen “Lincoln Lawyer”, I realize they don’t even need an office, just a crummy bachelor pad. Man designers are underpaid. We should charge $400 an hour.

As for the article, it reminds me of the importance of slowing down everything. So many clients and co-workers are so stressed to make a decision NOW that they make really poor and uninformed decisions. If I had to write them a letter to ask and then wait a week for a response, I’m sure things would be far different.

I remember when I was trying to freelance in 2002/2003, I didn’t want to use any cracked software, but I didn’t have the $7000 to buy the legit stuff, especially when I had no clients.

That’s pretty much the straw that broke the designer’s back (mine). I couldn’t (or wouldn’t) afford it … nothing Luddite-eous about learning the software, it was more of a rebellious disgust for not being able to continue to “design” with the perfectly good tools I already had (we’re talking an immense collection of drafting stuff…), honed hand skills (like I could come anywhere near lettering 6pt. type now), and the skills to work with toolmakers, etc. And there is another dying trade … . but let’s save that rant for another day.

But it’s the cost of doing bid-ness. I preceded you in 1989 when I opened my shop. AutoCad (for 2D work) and their AME solid modeler, was just about it at the time, unless you could afford a main-frame program like Anvil5000 and the mainframe, and the IT tech to keep it running, and the in-house trainer. … not.

I’d hire you Lew. Send you China to kick some supplier butt every three months. No need to have a computer to do that, but a huge need for someone with production knowledge, design understanding.

Zǎoshang hǎo! Ma names Bubba, I’m here to listen to whatever trumped-up story you have to tell this time… . . 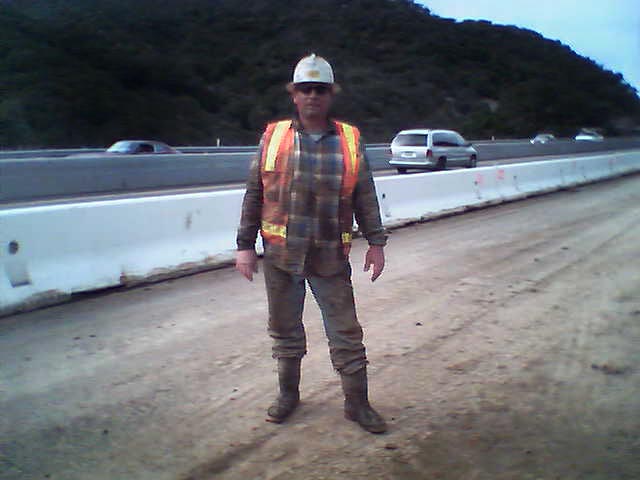