Does anyone know how the back cabinet of the current itouch is made?

I looked at tear apart photos online, looks like the back cabinet is one piece of aluminum with a curved undercut going all around the rim and looks like the cabinet wall is the same mm or so width throughout.

got a link to the photos? 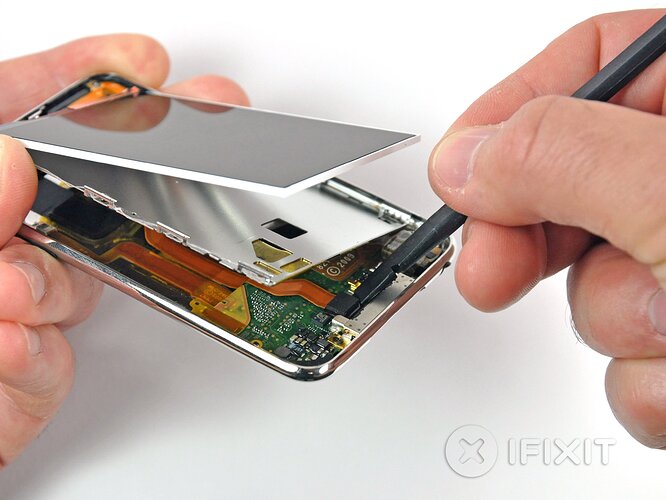 We got our new iPod touch 3rd Generation on the morning of September 11, 2009. Want up-to-the-minute updates? Follow @ifixit on twitter. Check out the...

Well the vendor who most likely does it is Catcher since they seem to do all of the Apple metal components:

My money would either be on it being die cast and then finished, or possibly Metal Injection Molded.

Ps. There is no such thing as an itouch. It’s an iPod touch.

Most of the metal injection molded parts of seen have been pretty small… i’m guessing because of the cost of the powder.

If it was die cast, i don’t know how you’d do it with slides(side actions), if the undercut goes all the way around.

My best guess would be a die casting with a knockout. It’s piece of the tool that is assembled (but not bonded) to the die, it ejects with the part and then removed by hand. It seems like it would add some serious cost at such high quantities.

I can’t imagine it’s fab’d from sheetmetal, but if it is it might be rolled (like the undercut that’s formed on the underside of my Honest Tea bottle cap, only not as extreme.)

That said, best guess is the die casting. If you figure it out for certain definitely post it up here.

Thanks for the ideas, I asked out of pure curiousity by the way.

I mistakenly wrote aluminum instead of stainless steel I know realized.

Since someone mentioned it I looked into metal injection molding and I hadn’t realized how clean the parts they can make nowadays using that process. It used to be much more inconsistent.

People around me tend to agree with the previous post, the stainless steel sheet is pressed, then rolled up on the sides to create the undercut, excess is sliced off (which also creates the flate edge around the screen ), then the openings for the parts are milled one by one.

But either way I would love someone at that factory to post a video of it.

But either way I would love someone at that factory to post a video of it.

Unfortunately, that will probably not happen - they probably scared the already tight lipped factory workers silly with that “suicide” story late last year