How do you say Jim Beam in 日本の

Is nothing sacred? It has been announced that American beverage icon, Jim Beam, has been sold to Suntory for the tidy sum of $13.62B. Beam stock jumped 24.% on Monday making stock holders happy, but I wonder what middle American whiskey purists will be thinking.

They’ll be fine. There’s like 4 companies that sell booze these days, and there are basically no American owned breweries that aren’t micro/craft-breweries. It’s not like they’re pulling up shop and making their product in Japan.

Ahem, we’re still a US brewery that’s in a joint venture with two foreign breweries. Unlike the “other” guy that got bought out by InBev. It might not seem like a difference externally, but we do operate differently than if we were bought out. Suntory more than likely took the aquisition to get a share in US alcohol consumption. Their presence in the US will be seen through changes in Jim Beam’s marketing/product offering strategies. Definately changes in their global distribution. Core brands and process will stay the same.

One thing you notice if you ever go down to the Kentucky fall bourbon festival is the Japanese tourists. A lot of them. They must love their whiskey.

Like Nurb says, aside from the small batch distillaries, they are all global and corporate.

Also while Beam has a lot of premium products that are pretty good, their flagship with its mainstream sweet taste appeals to the mass consumer who isn’t likely to bother worrying about where the headquarters are.
Now if they ever try to buy Jack, on the other hand, then there would surely be an uproar.

Now if they ever try to buy Jack, on the other hand, then there would surely be an uproar.

Sorry Charles. Didn’t realize it was a joint venture. (As an aside, love that you guys rolled out the classic Lite cans recently.) 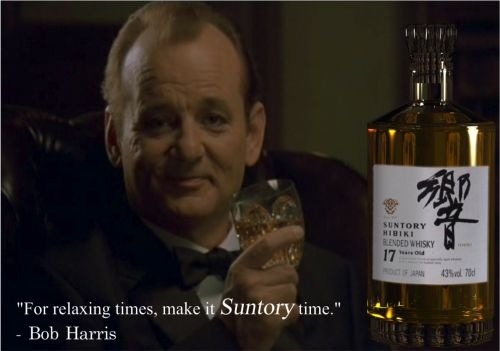 (side note: I also like the retro Lite cans. Those need to stay)

[img](side note: I also like the retro Lite cans. Those need to stay)

It appears that many agree with you. Initial sales are so strong, we’re extending the period in which they will be available.

Does it have the punch top lid?

Does it have the punch top lid?

We’re working on some stuff around that feature though that you’ll see later this year.