How do you achieve this surface detail in Solidworks?

These surface textures make a strong styling feature, but I can’t figure out a quick way to model it in Solidworks. Does anyone have any suggestions? 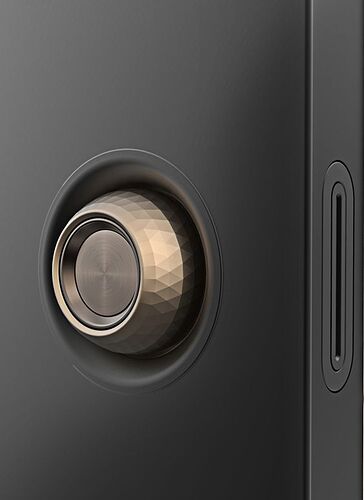 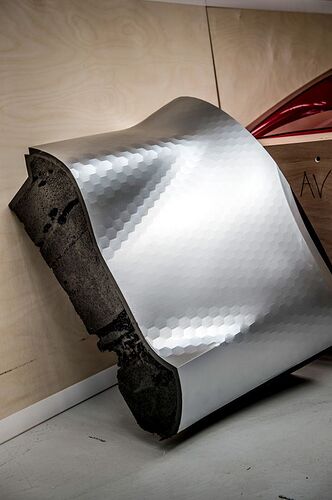 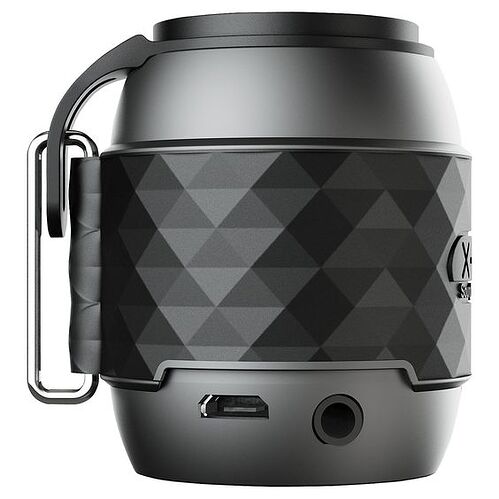 The first and third ones can be done with simple circular patterns.
The second one is more intensive and better done with Grasshopper.
You can do something similar with projected split lines and fills in Solidworks.

It’s great that we’ve been seeing more and more of these patterns in ID.
I’ve been getting increasingly more jobs related to this as well.

if it is simply for rendering purposes then do a displacement map.

I can’t tell for certain, but the second example does not look like something that was surface modeled in 3D, rather the main form was surfaced and a textured piece of sheet metal was formed around it. That could easily be faked using a displacement map on top of an existing surface, but to actually model that in Solidworks is probably close to impossible (or so time consuming it would never work for an actual workflow).

For the tessellated patterns, if you view the polygons as planes that have been trimmed back into a 3 sided surface, you can see how they can be made by revolving around a center point and then merged back together.

So this isn’t 100% the exact shape but it at least gives an idea of how you can achieve. This took about 5-10 features to achieve in SW. 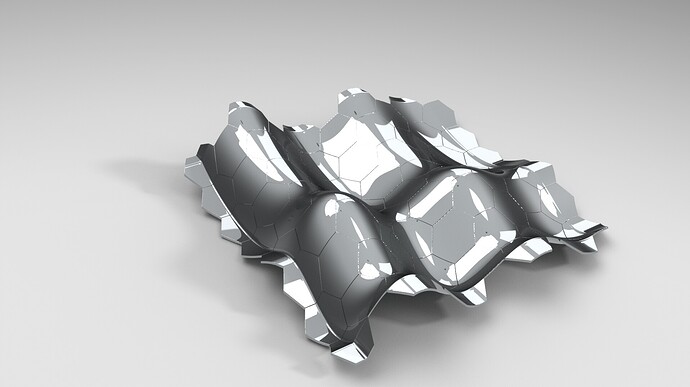 So this isn’t 100% the exact shape but it at least gives an idea of how you can achieve. This took about 5-10 features to achieve in SW.

Flow along surface is pretty powerful when done correctly.

Paneling Tools would do this easily as well.

Even exporting low-poly STLs would be a way to do it, however not very easy/intuitive to control results

The challenge with that hex pattern vs the flow along surface result is you can look at the image and see how each hexagon is a nearly flat surface, which bends at it’s edges to the next hexagon.

The flow along surface result keeps the approximate boundaries, but warps the surface itself to conform with the original result.

It’s an interesting modeling vs real world forming challenge though.

I was going to say 1+3 are pretty easy, and 2 is near impossible. But everyone beat me to it.
I would be interested to see how a displacement map can be used to get the effect though.

For the first one, exporting to STL with Rhino gives you the options with mesh tools to control the arrangement of polygons, so that effect can be reached exporting to a mesh. The mesh can also be reimported back to nurbs again.
Yet surface modeling those patterns is very simple.

The second one is best done in Grasshopper with the LunchBox plugin. It’s done in minutes and lets you export to Rhino nurbs surfaces as well. Especially if you have to do, say, an entire aircraft fuselage. You have about 800 hexagons here in this model so in Solidworks, which with the right machine and knowledge of expert shortcuts is faster than you think (hitting Enter repeats the last command), it will take 3-4 hours. You can pattern hexagons with say 0.1mm in between, project onto the surface, delete all current hexagon surfaces and use the Fill command with contact relationships. You can also then thicken the new Fill and use Dome to create a convex or concave shape. With Grasshopper you can perform these actions too with the added benefit that one script works for the entire collection of surfaces.

Quite a few suggestions. I modelled the knob with triangular facets pretty simply, but how about on a non-cylindrical surface?

This toaster looks like it has the facets blending into a clean surface. Not sure how to achieve it without a complex mesh of boundary surfaces

Quite a few suggestions. I modelled the knob with triangular facets pretty simply, but how about on a non-cylindrical surface?

This toaster looks like it has the facets blending into a clean surface. Not sure how to achieve it without a complex mesh of boundary surfaces

Hard to say without studying the physical product, but I would potentially try to start with the “original” shape (which is basically just a radiused box) and then use projected curves to build the facets. I think you’d have to do it in a surfacing package though, trying to build it in a solid modeler might be a nightmare.

But yes, in Solidworks this is just making the studio hours (or using smart delegation skills) creating planars from projected curves.