How Capitalism Can Save Art

The vulnerability of students and faculty alike to factitious theory about the arts is in large part due to the bourgeois drift of the last half century. Our woefully shrunken industrial base means that today’s college-bound young people rarely have direct contact any longer with the manual trades, which share skills, methods and materials with artistic workmanship> .

Creativity is in fact flourishing untrammeled in the applied arts, above all industrial design. Over the past 20 years, I have noticed that the most flexible, dynamic, inquisitive minds among my students have been industrial design majors> .

Ms. Paglia is University Professor of Humanities and Media Studies at the University of the Arts in Philadelphia.

Art has been saved, it never went away - Painting and Sculpture died, they were replaced (with Capitalism’s help) by mass media. That she aknowledges both facts yet somehow expects painting to return to prominence is confusing.
Not sure why she claims the “high” performing arts are thriving, Ballet, Symphonies, Opera etc…

Can’t we do an inside out on that tagline?

I am sure art saved capitalism, as it would be unbearable without.

P.S: Why do all socialist countries have the problem, that color
vanishes and art doesn’f flourish but goes away. (In opposite to
the Momo novel?) 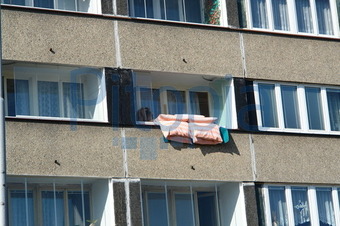 mo-i: the ironic part is that every communist culture has a flury of optimistic creativity in its first 5-20 years. Then, as the bureaucracy builds, the real professional dictators take over and paranoia descends and stamps every little bit of creativity out.

Or you are simply looking in the wrong places. I could find you vivid graffiti walls from Bratislava and Havanna, as well as degenerated concrete in London, NYC, Paris, Barcelona and Berlin.

Have you been to the eastern block 25 years ago?? I’d say those grafito are post socialism.

Yes, grew up there actually. Thats’ why I can tell you to look beneath the surface.

I’m not denying it was lots of depressing gray, but it all hinges on what you consider art. And I would say it became more gray after the collapse where no one cared unless they owned the property. 25 years ago it actually looked pretty vivid, with giant artistic propaganda murals here and there (some might say better looking than the advertising overload in the capitalist strongholds). Art and design has always been used for propaganda by everyone from communists to nazis. Natually there has always been people anti-establishment creating art combating Communism/Nazism/whatever.

Oh and if you wanna interpret “beneath the surface” literally, ever been to the Moscow subway?

No, I have not been to the Moscow subway, yet, but I know about it and I think it suports Rays point about dictator approved art flourishing for a brief period.

Where did you grow up?

I am from Germany growing up in a family, that was devided by the wall…

mo-i: I didn’t say dictator approved art… Rather artists have (traditionally) been communists and radicals. Therefore, they are the ones who trumpet the utopian vision in the 1st phase of communism. I’m thinking of things like:

Look at these pages from the 22nd Party Congress (thanks to the book Red Plenty):

Looks like it could be done today and it’s from the early Kruschev days.

Constructivist art and futurism were staples of the Soviet Union: 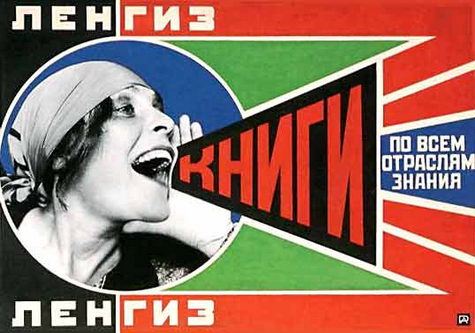 Caveat: I never went to the USSR, East Germany and I’m not permitted to visit Cuba. Therefore, all my knowledge is second-hand. I’ve talked to a lot of people who grew up in the '80’s Soviet Union and Romania or studied there. Also, I’ve read a few books. I’m fascinated by it, especially the early optimism. I find the idealism of early communism to be inspiring compared to today. Even if communism doesn’t work in practice, it seems like no person, group or idea offers anything nearly as inspiring today.

The problem she’s trying to adress is the fact that a hundred years ago, painting like the other “High” arts was considered the vanguard of society. Artists had a huge influence that diminished with the invention of mass-media. The public was turning to radio, film then TV and by the time Warhol and Pop came along High Art was declared all but Dead. (by dead I mean not as massivly appreciated as it once was)

Many of those High Art forms (that includes Opera, Ballet and Symphony) had come from Lower forms, primitive or folk , and the Arts + Crafts. That’s the approach she’s advocating now, only sighting ID and Star-chatecture as providing the raw creativity that attracts the attention of the public at large. (Capitalism is the vehicle of this creativity). Following her advice will take Painting and Sculpture away from being simple tourist attractions and restore them to the forefront of society.

Personally I disagree. It’s like saying the Broadway musical can once again become the epicenter of American entertainment by taking inspiration from, I don’t know - U Tube. Broadway is dead, but Entertainment is not, it’s just evolving to become social. Painting is Dead, but Art is also just evolving into something more relevant.

Well Painting is by no means dead. How would you want to underlay that claim with a statistic
of A.: Number of people being artist painters for a living. B.: Gross revenue of those in our society.
I’d bet both to be significantly higher than 100 years ago.

@ Ray: Sorry. I didn’t get that one right. And I will refrain from discussing the fascination of the
communist idea vs. how it went all wrong wherever it was tried. For me it all boils down to the
fact that communism condems the striving of individuals for money & power (and the possibilities
that come with them) and western capitalism glorifies them as “pursuit of happiness”. The nearly
100 year “field test” seems to indicate, that the latter one works economically, while both tend to
sacrifice everything mother earth has to give into the system.

So I’d be all for starting with a clean sheet of paper, as we in Germany can see both systems not
working properly for the mass population. No wonder we and the Swedes were known for looking
for a “third way” since the 70ies.

P.S.: With only 4 hours sleep a night, due to “teething problems” this is my last post in this thread,
as I am not as precise as I would like to be.

mo-i: various Soviet locations… Moscow, Ural, Ukraine… and I live in Sweden now ffiw
I’m not taking a stance on which political and economical systems are preferred, and I know life sucked tremendously in DDR, I’m just saying that art is all but extinct where life sucks. Creativity isn’t stamped out, it’s just applied in different ways. Just as politics were being discussed in kitchens, art was showcased under bridges.


Mr914: after seeing that image one logo immediately popped into my mind: 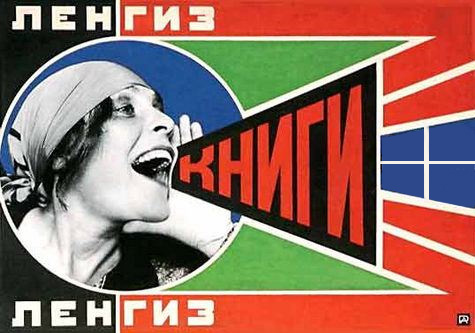 the article wasn’t about “Capitalism” as in: capitalism vs. communism. It’s about where creativity is coming from.
and the “Death of Art” is not about how many painters exist and what income they generate. it’s about losing its role in Society.

not sure how to explain all this here, if you read the comments following her article you may get a sence of the definitions she’s dealing with…?

mo-i: the ironic part is that every communist culture has a flury of optimistic creativity in its first 5-20 years. Then, as the bureaucracy builds, the real professional dictators take over and paranoia descends and stamps every little bit of creativity out.

The irony in Cuba was that after the revolution there was a policy of integration & class eradication. This lead to the decline of the expressions & manifestations of the Afro-Latino culture, which in many ways was predicated on social and economic divisions and struggles. The kickass sound of the Havana clubs fell into decline

The revival was brought about by a number of factors. Perhaps capitalism was one. The decline of Eastern Communism definitely helped. The rise of the Liberal Arts Class causing ethnomusicology to be one of the primary tools in the cultural commodification of consumer engineering was another reason.
I prefer to think that they just couldn’t keep the beat down for long. 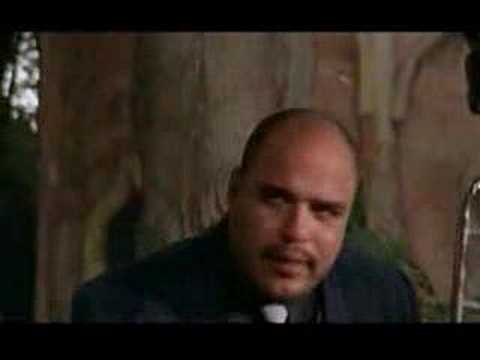 Rather than critical of “art” or “capitalism”, no one sees this article as; society having replaced/accepted what once was considered the acme of contemporary physical creativity (which was the artist’s abilities (paint, sculpt, sketch, etc.)), with the Industrial Designer as renaissance man (skilled in multiple fields or multiple disciplines, and who has a broad base of knowledge) ?

Rather than critical of “art” or “capitalism”, no one sees this article as; society having replaced/accepted what once was considered the acme of contemporary physical creativity (which was the artist’s abilities (paint, sculpt, sketch, etc.)), with the Industrial Designer as renaissance man (skilled in multiple fields or multiple disciplines, and who has a broad base of knowledge) ?

Just came across an interview with the person who wrote the initial article in question. 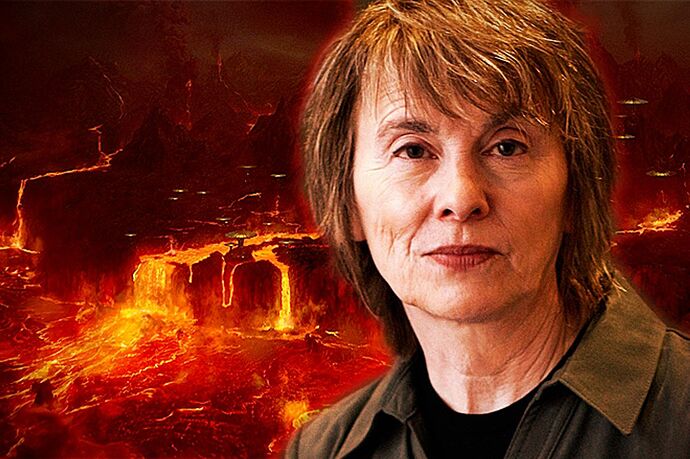 The provocative Salon vet talks about her dazzling new book, "Real Housewives," and who's getting her vote

She expands a little more on the issue at the heart of the problem at the end of the (long) interview: the spiritual poverty of contemporary art has saddled it with a shallow and stereotypical aesthetic.

Great art in the past was often associated with major spiritual and religious movements, and, in way, both religion and art are set adrift without each other. Art loses it’s values and purpose, and religion loses its voice.

Now we have brands that have supplanted religion as the main provider of personal purpose and significance. You know the joke - Steve Jobs (a messianic figure himself) built Apple into the first publicly traded religion.

We have designers creating objects that aren’t just used by consumers but are tools to facilitate daily optimal experience, as spiritual a condition as most johns & janes q. public are ever going to be involved with. Designers educated and trained in the art of making and doing and the art of getting others doing and making (a sort of spiritual daishadokyo journey in and of itself).

So it’s no wonder currently the cradle of creativity is seen in the field of design. Ironic, because it was awhile back it was design thinking that was all the buzz - designers as policy makers. Now they’re shaman.

Lets not bring spirituality into it. Most of those artists where painting that subject matter because of the financial compensation the church provided… in reality, many of them were engaged in behavior that would have been seen as heretical by their patrons, but was in fact the search for actual truth, and much more aligned with science. The issue is not that art has drifted from spirituality, it is that art has drifted from science. In the same way, I doubt many artists from the same period aligned themselves with monarchies, yet plenty of them painted portraits of royals… one has to eat no matter how high the ideals are. Likely they were socializing with black listed philosophers and socio-politico-economic theorists.

The most monetarily successful artists seem to have a capitalistic streak. Read Chuck Close’s biography. Art and creativity requires collaboration and critical discourse amongst peers but it is not a collectivist activity. Many creatives are intensely competitive under the surface.

Ironically, when I think of art and Capitalism I tend to drift into the horrible world of Thomas Kincade. He was far and away the most successful (in terms of money made) artist in the last century, if not all time. Sure some paintings sell for millions, but that money goes to collectors, not artists.

And I do need to read Chuck Close’s bio. He’s one of my favorites.