"How Boomboxes Got So Badass"

How Boomboxes Got So Badass

Compared to today's sleek micro-gadgets, boomboxes are like electronic dinosaurs, dated as much by their ludicrous size as their outmoded technology. Beg...

Collector of ‘vintage’ boomboxes talks about trying to track down the original designers (so if anyone here can help, go to http://boomboxcreators.tumblr.com/) and his obsession with boomboxes, including finding some sweet renderings: 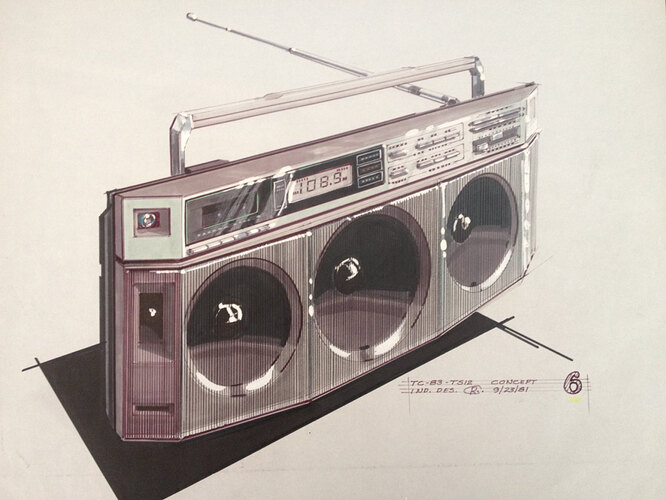 I also like how the antenna is kind of faded out in the back of the third drawing.

Those were the days! Paint highlights and all.

I was in a vintage 50s/60s store the other day … the store owner said her parents hated that era but that she loved it (probably due to Mad Men and other things). It got me hoping that in another 20-30 years, there will be more of an accepted cool factor to the stuff from the 1980s and 1990s like these. Of course, by then, it might be harder to find an old boombox for $5 at Salvation Army.

I thought the '80’s were cool since the hipsters were in charge?

Very true … must have missed the memo