how are faucets made???

Does anyone know how die cast faucets are made?
Those completely curvy shaped, one piece die cast faucets, don’t seem to be molded of a simple two part mold and a cam…
any adeas? 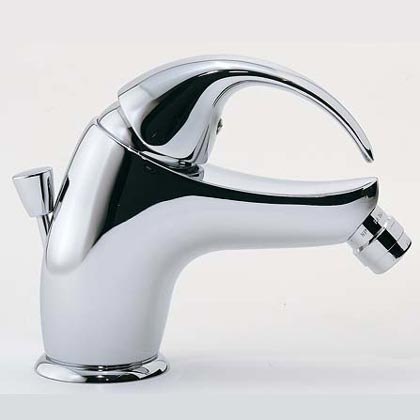 Definitely not die-cast.
I presume lost-form (aka investment) casting:

Lost-wax is the original:
http://www.bronzesmith.com/bronze-info/casting.php

Lost-foam is a more contemporary option: 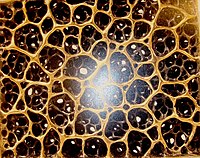 Lost-foam casting (LFC) is a type of evaporative-pattern casting process that is similar to investment casting except foam is used for the pattern instead of wax. This process takes advantage of the low boiling point of polymer foams to simplify the investment casting process by removing the need to melt the wax out of the mold. First, a pattern is made from polystyrene foam, which can be done by many different ways. For small volume runs the pattern can be hand cut or machined from a solid bloc...

yep, and you would also be surprised to know that the majority of those are plastic

It’s most likely hydroforming, which is a pretty awesome technique. 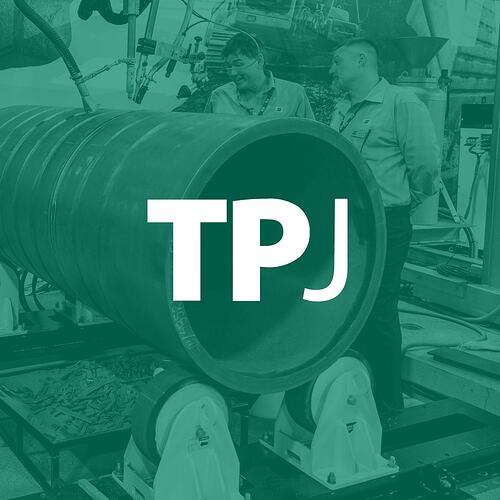 Hydroforming has become a favored technology for automotive parts because it allows manufacturers to increase a component's strength, reduce its weight, and reduce the number of parts in an assembly. Another important benefit, one that is often...

You sure they’re not sand cast and then sanded / polished to take off any external witness lines? Most of the faucets I’ve taken out or put in had a typical rough sand cast texture on the inside. There’s nothing in that shape posted above that couldn’t be done with a simple single core sand casting.

they can be sand casted. all depends on price point, geometry, etc…

Actually Bbarn, they aren’t really “made”, per se.

They’re mined out of the ground, graded for size, plated, and finally packaged … … . .

From what I understand (close mate who worked for a bathroom company for several years) a range of processes are used depending on the pricepoint and complexity of the design - just as any other product. What is common for all is a huge amount of hand finishing - even a very well tooled die-casting can’t be taken from a tool and chromed, it needs to be ground, buffed and polished within an inch of it’s life before being ready.

many of the more complex forms might by hydro formed. The problem is traces of led must be added to the steel to make it more mailable… yesteryear which is why I out of habit let cold water run before filling my cup with Chicago tap water.

For larger quantities die cast for sure. Sorry to always disagree with yo CG

Kohler mixes a coper and zinc to make a brass alloy Brass - Wikipedia BTW, I teach that class http://www.proetools.com/courses/plastics/diecast.htm

For larger quantities die cast for sure. Sorry to always disagree with yo CG

How does die-casting handle irregularly shaped cores like in Gerry’s faucet example above?

for more complicated forms an innovative use of sliders and undercuts may be necessary. or worse … secondary cutting operations may be necessary or another process alternate to die casting that might be more expensive esp. when quantities of over 100 thousand are required.

Sand casting is expensive for piece parts and the cycle times can be high. Kohler does quite a few sand cast products tho with hundreds of cavities for almost 100 years and still does. Its just slow and labor intensive…

That top part is probably solid in the tip… rotate it some and you can see the parting plane is probably offset some.

The bottom part probably has a slider exiting out the right and steel would shut off at an angle inside the part. How to get the threads with the slider in the way… Maybe those threads are taped as a secondary operation.

You could probably die-cast as a clamshell and ultrasonically weld.

…Now that I think about it, if feasible, the ultrasonic-clamshell die-cast method could offer the benefit of precisely controlling the interior fluid-path. I know Kohler geeks out over fluid-paths to achieve laminar flows.

ultrasonic welding is usually done on a stake… a protrusion… a post that protrudes from one part and you would have to get a horn in on top of it to melt the stake down around a loop on the mating part. There is no place for the horn.

Quick comment. The faucet originally shown is sand cast brass. As has been pointed out, that means lots of polishing and secondary operations. That’s why faucets of that type command premium prices. Except for low end faucets, the volumes aren’t there to justify some of the tooling or exotic processes that have been proposed.

Furthermore, in faucets high quality generally = brass, and it’s not friendly to die casting. Die cast faucets are almost always zinc (giving myself an out with “almost”, because someone might be able to find one) usually combined with a plastic underbody (lower half). The joint line is typically very obvious. They’re the commodity priced faucets.

In faucets with a tube spout, the tube is brass bent to shape. Sometimes it’s combined with a plastic or zinc body rather than brass, but if it’s zinc you have to be careful to have a barrier, usually a plastic washer or fitting, because zinc in contact with brass can result in electrolysis and a short life.

BTW, while metal ultrasonic welding is possible in some cases, I’ve never seen it used on a faucet. Even on plastic faucets the pieces are generally joined with mechanical fasteners.

Hmmmmm. I guess that wasn’t so quick, but those observations are based on over 40 years designing faucets (among other things).