How Aesthetics and Design are used by Police forces...?

I’m currently doing a small research about the importance of how Police officers look like in order to project (or demand) respect, authority and order. I’m interested on why a Police man/woman wearing a certain uniform, the NYC Police uniform for instance, looks much better and people respect them more than another officer wearing a green (and flat) uniform often seen in Latin American cultures.

This will lead to the importance of color choices, uniform design, accessories, fabrics and everything that impacts the image of an officer.

Furthermore, I’m also looking at all the “Police Branding”. How police forces are “branded” and how this “brand” is manage in order to generate the desire image and evoke the desire feelings on the citizens. This goes not only to how they look like and what they wear, but how they talk, how they walk, how the offices look like, advertising, stationary, the cars they use and the design of these cars and so on.

I know this is a little bit vague now, I’m just starting and I need to define which way to go in this research.

What I need from you is any references you guys have read or seen or heard for me to research. Any books on this topic? webpages? videos?

I hope you can help me out!

Thanks a lot and I look forward to hearing from you.

(this is a branding research)

Cultural differences may have affect on a lot of these, especially color choices. And at least in US (at least from what I’ve heard); the government puts specifics on what the car specs are, then the big 3 American car companies would put a bid in according to those specs. Has to be American made, rear wheel drive, front engined, a minimum engine size, 4 door (for typical cruisers), etc. They do have special cars to help promote their image (like Dodge Vipers that may tour around grade schools).

The required specs would probably be one of the major design influences around most of the things they use (fabric choice, uniforms, etc). Though specs may vary from state to state; I’m sure Alaska uniform specs are different from Hawaii’s.

Though not an academic resource but a good start for research:

A police car (also called a police cruiser, police interceptor, patrol car, cop car, prowl car, squad car, radio car, or radio motor patrol (RMP)) is a ground vehicle used by the police for transportation during patrols and to enable them to respond to incidents and chases. Typical uses of a police car include transporting officers so they can reach the scene of an incident quickly, transporting and temporarily detaining suspects in the back seats, as a location to use their police radio or lapto...

Maybe do a search for the history of the color of the uniform, “Navy Blue”. You may find that the colors adopted for formal-dress military uniforms directly drove the color of domestic police force uniforms.

Great topic. I’m always amused at how suburban police cruisers are painted. Clearly in many communities they want to soften the appearance, whereas in NYC they probably want the opposite.

And then you have this: 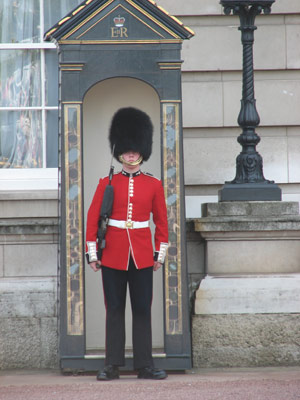 Might want to research japanese police uniforms as well. They have a special traffic division called the black panthers. Very intimidating.

This is a great topic! And culturally so diverse. 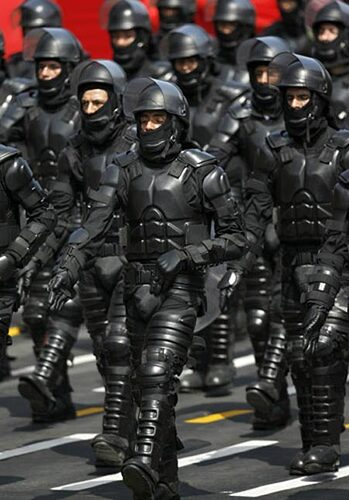 and of course have to add-


The Canadian Mountie (not that I’ve ever really seen one in real life, except at the Parliment Buildings in Ottawa for display).

All that being said I think you’ll need to narrow you focus more to get anywhere in depth. Things are so different as mentioned across cultures and purposes I don’t know how you’d start.

A search on military history and regalia might be a place to go first though…I’m pretty sure a lot of the colors and badges, etc. came from ancient Roman gear…

Hi Guys, well, thank you very much for your support! and I’m glad you think this is an interest topic for research and discussion.

Thank you all for the images and links and thoughts. I’m at work right now, so as soon as I get home I’ll have a look at the links and videos.

Big freaking gun, armor and a metallic voice…darth vadar with a tin star.

Hi, I visited the links you guys posted and they are very good, specially the one about the Psychological influence of the police uniform, excellent! thats sort of the way I’m trying to go to. But of course I dont want to only focus on the Uniform, but on all the look and feel of the Police Force, or police department or whatever it is called in a certain country.

I’m going to open a blog for this research and I will post my findings and what you guys share with me if it is ok with you, for instance the photos you have posted on this thread. Is it ok if I use them on the blog? I will mention the source of course.

So when the blog is ready I will let you know, and please keep on replying! I really appreciate your help on this branding research.

Mancho, all of the photos I posted were from the internet. 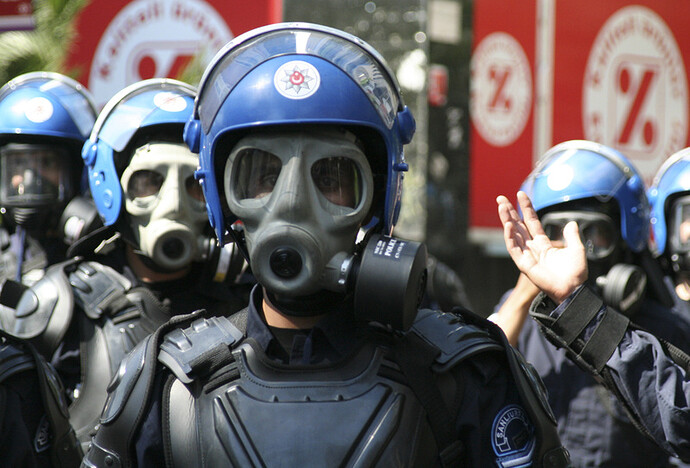 Hi guys, I’ve had too much work at the office and haven’t been able to read everything, but I already registered the blog on www.wordpress.com (will post the link later) and I will be uploading images and writing some findings this week. Thanks a lot to everyone who has helped me and I really hope to see more links or books that you can recommend.

I’ve also decided to focus only in the police forces within the cities, I don’t know how they are called in English, I guess something like city police? and although I know there are several police groups within this city police I want to narrow my research to just the regular police officers, the ones we see everywhere at everytime, not the special forces, and maybe I can extend the research to the traffic police as well (you know, the ones that control the traffic and fine people!).

The reason I want to narrow down this research to this particular city police is because I think in Latin American cultures (Colombia, for instance… where I’m from, the city police look really sad and does not project or inspire any respect at all, and you even feel sorry for them, they look like the are police officers because they didn’t have more options, no money to go to University and anything. Of course they are not all like that, but is what a regular citizen feels when they think of city police officers. I really think that the Uniform and how they look like and how they talk is very important, the cars they drive and everything, they just seem so sad! they cars so old and crap, the uniforms so flat and boring and dumb…

In Australia (in Sydney where I live now) you see a police officer and he/she seems happy with their jobs, and they have studied hard to become an officer, and the way they behave is just like a regular person, they don’t talk funny or anything. The cars they have are amazing! and the accessories they carry around makes them look bigger, stronger and I don’t know, you feel like they are something.

If anyone has lived in Colombia you’d probably understand what I’m saying, I know it is quite hard to understand if you don’t know what I’m talking about. I also know that this could be a matter of money, but thats my point! we, as designer could help! if the government doesn’t have too much money to put into nice police cars, uniforms, accessories, buildings, etc. We could solve this with good design, couldn’t we?

So, thanks again and please let me know if you have any more references and readings!

This is a great topic! And culturally so diverse.

I think that riot armor is actually robotic ex-armor that runs off the alpha waves of sleeping humans. And somewhere in the night, a madman controls their every action while laughing uncontrollably. It is indeed a good shot of uniform.

I’m fascinated by how casual and unobtrusive German police looks. Green and white cars, uniform that looks like sweat pants with t-shirts. Instead of trying to instill terror, they act competent, while looking “friendly”.

I think, maybe, that the Deutsche Polizei finally came to the realization that the old “feldgrau” uniform color did not invoke a calming effect somewhere around 1945.

Yup, I think it’s a good benchmarking point between “dorky” and “robocop”. Germans seem to understand the power of uniform really well.

I’ve done some work for the UK police… handheld tablets and wearable PCs with secret stuff in inside. They didn’t make a big deal about their brand, but I think they should have - they have such distinctive uniforms.

One major uniform (and activity) difference was that the UK police try not to have anything hanging, as they end up in struggles a lot and badguys grab stuff. Remember, there’s not “freeze or I’ll shoot”, they don’t carry guns. Another thing they have to do is run people down, and again they didn’t want anything hanging, or bouncing around.

Another thing, related (and entertaining

)… check out the police cars.

It would be interesting to select 4 adjacent NYC precincts to do a uniform experement:

It would just be interestig to see how people reacted to them and if it had any effect on the behavior of the officers as well. That would be an awesome project.