What ID studios are doing the hottest work these days?

most are resorting to packaging and graphic design to pay the bills.

where is that info coming from?

I still think Astro does some hot stuff.

What ID places in Chicago are doing packaging?

Webb Scarlett is among the big pkg firms in Chicago

What about some of the large consultant offices like IDEO, Fitch, or Design Continuum?

of the thre DC seems to do the most iconic work. They are allways doing something.

ELEVEN is an award winning human centered design studio integrating research, strategy, design, and engineering together under one roof. 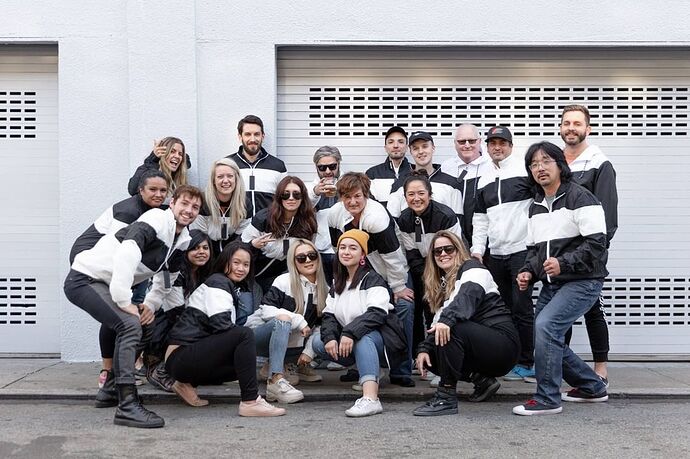 We define and inspire popular culture. We create brands and design products. We pursue the unexpected.

Fuseproject and newdealdesign and one&co. are certainly the hottest firms in the Bay Area right now. Although if you read the current Innovation magazine, the head of newdealdesign basically tears Yves Behar up for designing Birkenstocks. It’s pretty great to know there is localized animosity. Fuseproject gets the sickest clients and contracts somehow - Mini? Toshiba? Microsoft? are you kidding me? and the work is pretty flashy.

Whose the head of newdealdesign?

I like (almost) all of the above. I do believe Fitch has seen better days.

The gro stuff is pretty impressive.

GROs never produced anything, 98% of their work consists of conceptual products that never saw light of day. They are good for pre-initial concepts, “zero” concept phase.

cool concepts and renderings though.

I agree - very cool stuff. But, they must have some sort of “soft square” filter they run everything through.

awesome, they must have not been in business before illustrator innovated the Radius Filter.

Next year, see what happens when we learn the spline tool.

isnt Chris Lenart a principal at newdeal? he the one ripping Behar? no Innovation mag…

Gadi Amit - is principal and founder of newdealdesign - he’s the one pretty much tearing into Fuseproject’s work - I’d say it’s quite ballsy to do that in the industry’s national publication!

I’ll quote some for your edification; the article is called “Friends or Foes?”

“…the problem is that media reports on industrial design are skewed. They focus on just a few persona, so that the profession itself is defined by a very small group - possible as few as two dozen - of writers, curators, and “star” designers…the image portrayed is that of a shallow profession, focused on egocentric creation with little connection to real needs, real people, or real social issues…the Nissan 350Z is a beautiful car - probably the most valuable car as far as money-to-beauty ration goes. Who designed it? Have you seen any articles about its design?..you probably don’t know about the Nissan 350Z, but I’m sure you do know about Birkenstock. It won not just one, but two IDEA Gold awards. Birkenstock is mentioned left and right, up and down in the design industry. How come the designers of the 305Z are anonymous while the designer of the Birkenstock is a star? Is this good PR or luck? Or is it something more fundamental? … I work in San Francisco and I’ve seen many 350Z’s zipping around town. It’s always the same beautiful car. Meanwhile, I have seen only one (yes, 1.00) person wearing the Birkenstock shoe that won all those awards,to date the design media and the small clique with which they interact have responded with a narrow and superficial story about very few individual designers and very few designs. It is time for us to ask a difficult but crucial questions: are they friends or foes?”


I say newdealdesign challenges fuseproject to a dodgeball tournament in the Yerba Buena gardens, with their products on display, kinda like playing beer pong. Then Gadi Amit can knock over the Birkenstocks with his own hands and feel better about it.

I say newdealdesign challenges fuseproject to a dodgeball tournament in the Yerba Buena gardens, with their products on display, kinda like playing beer pong. Then Gadi Amit can knock over the Birkenstocks with his own hands and feel better about it.

This is a great idea, an ID grudge match of sorts where we can watch all the pissing contests play out. Core could do a video stream.


However judging by the posts on core77, Karim Rashid would best invest in protective gear. (I hold no personal issue with the man though I do wonder about the way he chooses to dress himself sometimes)