These are some Hot Wheels sketch submissions that I had proposed for the 2007 Hot Wheels 40th Anniversary Designer’s Challenge. Enjoy…

First up, the RamJet. This is a take off on the Jet Threat from the 70s, one of my personal favorites. Who wouldn’t want to play with a car that was also a jet?
My inspiration was land speed record “cars”…The Bonneville Salt Flats, Jets, and rather strangely, Bucakroo Banzai. 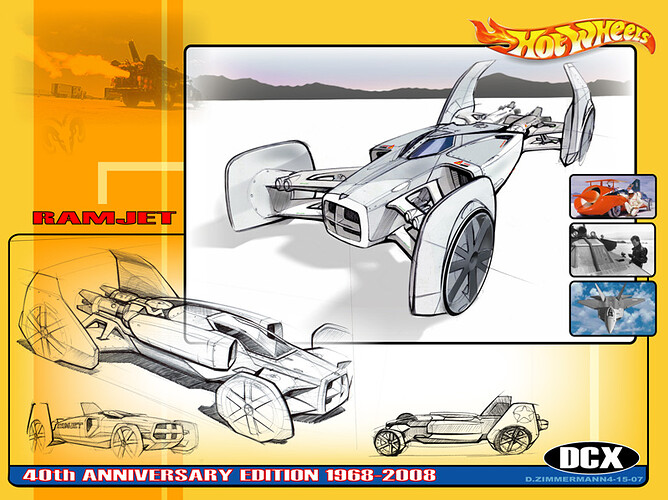 Another personal favorite.
An expression of speed and hot rodding. The Altered Wheelbase Polara/Dart.
I chose the Polara for interpretation. Most were Darts and Valiants.

I loved the exaggerated proportion of these cars, and I only wanted to amplify it. Who doesn’t want a bigger motor in a plain Jane car?
Could you get any more plain than a Dart or a Valiant?
Only the sinister could make an old man’s car a threat on the drag strip. 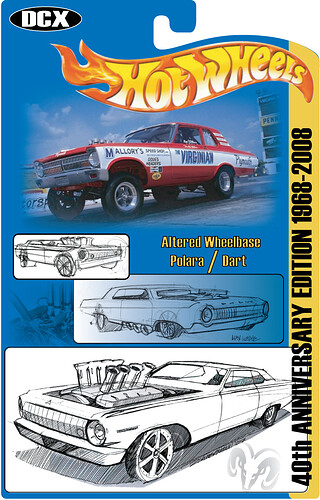 This is a down and dirty Rat Rod with an embarrassing motor. Just slammed and mean. 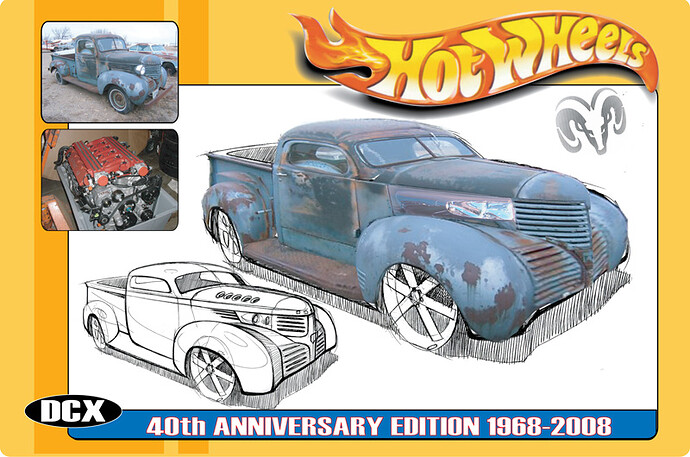