I saw these cool little 50cc bikes last summer in Chicago all the time and was thinking about getting one to move short distances around here. My first impressions are kind of a more rugged masculine alternative to a Vespa with the big tires and intentional lack of a storage compartment:

i’ve been thinking about buying one of these for a while too.aybe in the spring… im mostly running around dwontown seattle, and parking is a bitch… this thing would be great for parking, and easy on the gas bill too…
they’re a nice ride, and i like the not so vespa look, however the lack of storage is an issue… who doesn’t want storage… i guess i could just rock the messanger bag…

Fabricate yourself some saddle bags.

oh fosho, and that space under the seat is beggin for some custom soft goods.

A hard sided box could be mounted on the tail end of the frame above the rear tire, which would also provide as a splashguard against the rooster tail from hitting you in the back while in the rain. Although you’d be wet either way.

yeha that’d good spot for it.
hrm… yeah… maybe after winters over…

A Ruckus chopper, with custom inverted telescopic forks, after-market mags, and fitted with exhaust by Yoshimura no less …

Obviously this Ruckus thing is out of control… 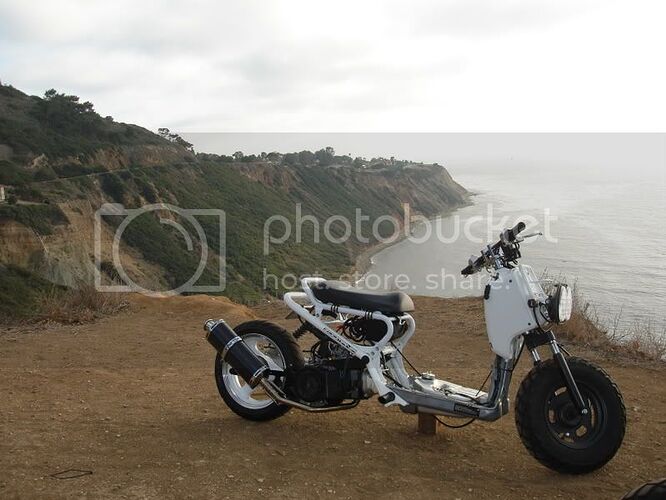 Now those are cool scooters! It reminds me of when I looked for an Aprilia in University.

The black Ruckus is badass. To bad I’ve got a 50+ mile commute on an interstate. Time to start looking closer to home.

The black Ruckus is badass.

Here I’ve been getting all bent trying to justify replacing my trusty old R75/5 with a new BMW motorcycle ((with attendant $18,000 price tag) that I would probably only ride on weekends), and now I’m stoked about messing around with these little 'round town bombers. With ‘used’ prices starting around $1,000 that’s a lot of grins for about $3K ( by the time you’re done). 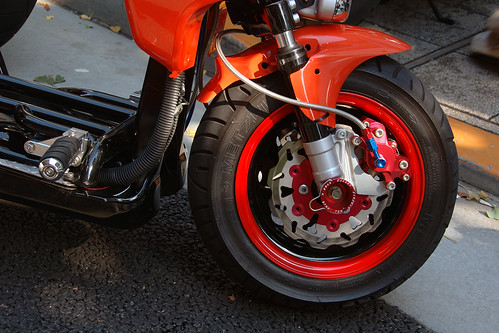 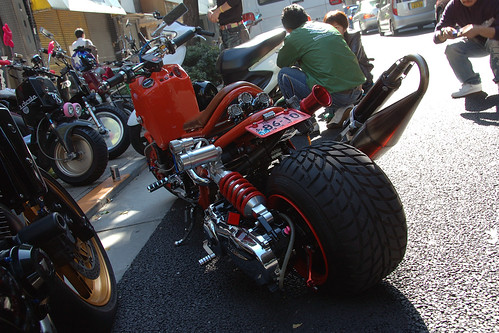 Granted, a cross country trip From the Left Coast to visit my cousin in Milwaukee won’t happen on one of these … at least not in a drive time of less than a week or so.