A design project for school, designing a high end coffee maker, decided to push the boundaries away from the usual “stainless steel and black” deffinition of high end. 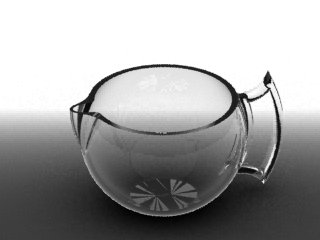 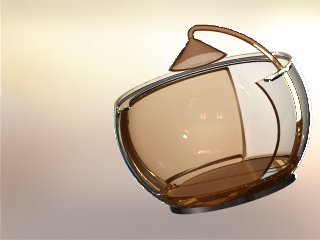 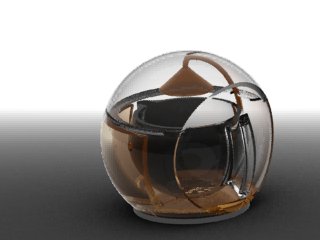 Very fascinating visually, but I could see a ton of issues if this were to be made realistically. Can you make an exploded view to make things more clear or maybe some sketches showing ergonomics?

It’s an interesting idea, though it ill need further development. You may try to use different materials, all transparent doesn’t make it so high end I think. Some details like the “shower” on top and the handle could be refined and more delicate as well, I would try something here.

Also as said before, there would be some issues, like the steam escape in a closed stove. Some user-scenario pics would be great to help understand the usability.

1.Be careful with glass directly on a stove. This can be very very dangerous with the home user. I’d recommend a steel bottom of some sort to conduct heat, and protect the glass.

Cook’s Magazine did a review of coffee makers, in their usual scientific-esque quest to find the very best method.

They did not test espresso machines, either stovetop or LaPavoni (sp?) types.

The most important factors to control were water temperature, brewing time, and the method of storing the coffee in a pot.

The best machine was the Technivorm Moccamaster, from the Netherlands. Its quite a piece of design; it looks like a chemistry kit. I purchased one after reading the article, and had to wait for two months while ‘Clement Design’ built the thing.

Coffee brewers handmade in the Netherlands out of high-quality, sustainable materials, built to last a lifetime. Dedicated to seeking the real taste of coffee.

It uses 1000 watts and copper heating elements to brew perfect coffee in 7.5 minutes, keeping it in a vacuum carafe instead of on a burner, which degrades the flavor.

As a way of promoting your concept, perhaps you could pull in some of the reasoning behind perfect coffee and show how features on your design work toward that goal.

Wow that thing would be a nightmare to clean, and keeping your pot clean of old coffee acids is very important. It might sell to the “kitchen as art exhibit” crowd but not to anybody who loves coffee.

Still the best…after almost a century

And I agree with the above post. A nightmare to manufacture and it doesn’t make it high-end or good just by making things complex. “Keep it as simple as you can but not simpler” quote of a famous person with a moustache.