I’m currently working on a project, low run maybe 10-20 units, that has large body panels (think 24x24x24). On the first iteration we vacuum formed these panels and used velcro as an attachment method as it was quick and we were constantly removing them.

For the next round we want something more secure but with no visible mounting hardware. My first thought was vacuum casting and including some male pegs that would snap in to rubber grommets, but I fear the casting costs will be high. I’m wondering if anyone has any thoughts on how to attach formed pieces without visible mounts.

The only idea I have right now was to glue on the male pegs (tolerance, location, durability issues) which would then fit in to rubber grommets on the metal framing.

First of all I’m thinking magnets!

But anyway I don’t believe glued-on male pegs would be nearly as difficult as you’re making it. A decent epoxy is easily as good as a mechanical fastener in many cases.

Check out the fastener section of Outwaterplastics.com

But I second the notion of magnets.

Thanks for the suggestions. The product will be used within a medical environment so we’ll have to look in to regulations around acceptable gauss levels. Also we’d want magnets strong enough to withstand bumps and bangs against the housings.

Aggghhh! Magnets are a really bad idea, they “fade” over time and the panels will fall off .

It’s also interesting to find out how many “bits” of ferrous material there are, you find out with magnets.

Ask me how I know!

Try 3M dual lock, this stuff is amazing, assuming you’re using an ABS vacuum forming. Just give the area you need to stick it to a wipe with degreaser and you’ll be grand

3M is committed to providing innovative commercial cleaning solutions for facilities that help to improve the safety of guests and productivity of operations.

To be honest, with medical application I’d use a nice fixing. You can’t beat a good screw and it stops the casual fiddler.

We use this to support a piece of acrylic, it would be perfect for a vac forming; 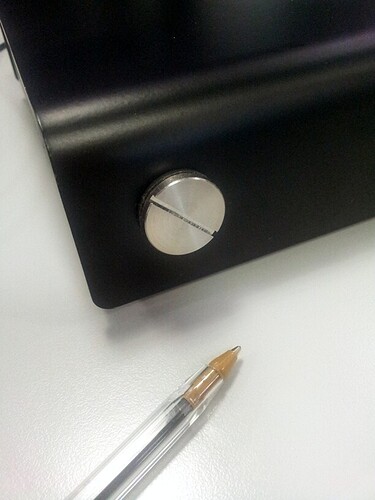 Also in many medical devices magnets are BAD! due to the interference they can create, same as many other materials.

Or just buy them off the shelf, much cheaper…