What are everyone’s thoughts on the new Herman Miller embody chair?

Personally, I’m a bit disappointed with the final form the chair. I will say that sometimes form directed by pure function can produce some great results, but after reading herman miller’s copy it is apparent that this chair is going to try to solve the “global warming” of task chairs. Given the number of constraints in a task chair, and the number of functional challenges the chair tried to accommodate, I wonder if the old saying "too many promises of function might produce ugly results (i made that up) might have occurred. I take issue mainly with the "human body inspired seat juxtaposed against the very unrefined (in my view) back support system. The design of the support reads more like an architectural glass wall brace structure than an interpretation of the biological body. On the whole, there was some serious design going on here, with some really cool innovations. The herman miller copy reads, "_A set of important innovations makes this possible.

I’m sure some people will love this chair, I’m just not quite sold that this is the Aeron successor.

and what is up with recycling the old base off the Aeron?
[/img] 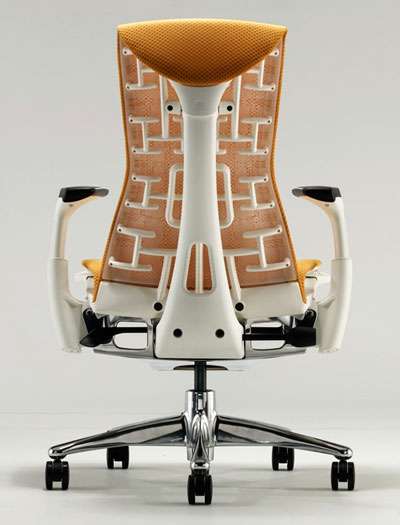 I think it looks like a mixed bag. Then again, an Aeron type of chair only comes along once every generation. I’d place that chair in the top five all time.

I like the front and rear views, but from the other perspectives it looks bulky and kinda awkward. The rear reminds of Mondrian: 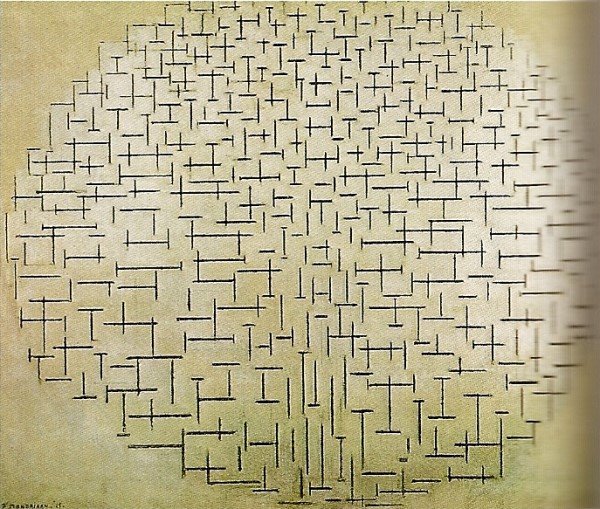 I’m going to give this one a highly coveted rating of TOTALLY AWESOME.

I like it a lot. It is forward looking, yet blends with other furniture well, has some great form work on the front surfaces, and some intricate work on the backside… The whole spine + chair thing is whatever for me, a good PR story for sure, but I don’t need it, it is just super nicely designed from the overall, to the forms of the itty bitty parts,to the material and color selection. Great job guys.

A HUGE step over the Aeron IMO. The Aeron is super comfy, but not even close to pretty. It had to be all black to hide it ugly bits.

I think we need more photos for a decent debate-discussion:

Nice detailing on the back. I like it. I also like a photo I saw on the H-M website where you see that the cushion is translucent and we can see this skeleton of supports through it.

Here’s where it starts looking bulky to me:

Especially in that cheap blue and black colour scheme. Ugh.

I’ve noticed something in the photos I found on the net. I can only find that one where they show it in perspective and we can see the whole thing. Hmmm…

The Aeron wasn’t even close to pretty? I don’t understand that. I’d like to see one of those in white, I think it would still look hot. Weirdly alien, but very cool.

I like it overall. Kind of a retro feel to it. I think the side view is the one that strongly mimics the human body. I totally agree with your point on the 3/4 views and it looking bulky unless in the white colorway, though.

I can’t say I’m in love with the looks of it, sadly. I know a lot of energy went into the ergonomics of this chair, and there’s a good deal of innovation with the tech and materials, however I think the design maybe was maybe overridden by those factors. I have yet to see one in person or sit in one so I’m going to withhold further judgment and comments until then- never pass judgement on a chair until you’ve sat in it.

I’d argue that the aeron’s looks outperform its comfort actually- at launch it was in my opinion the most comfortable, however there have been ergonomic improvements since in other chairs. The design of the Aeron is still appealing and iconic, and I think is a perfect case of the technology and form coming together and complimenting each other beautifully. To me the embody isn’t at that equilibrium.

I think the blue and black photo at an angle is really an unfortunate angle- the mass of the tilt mechanism and chair overlaps and you loose all the openness of the form. It especially doesn’t help in that color scheme.

i’ve never seen one in person, but from the pics shown, i have to somewhat say i love/hate the chair. looks great in the detail shots of the back and the shot from with the light coming through it, but from the other angles looks already dated to me.

personally, i’ve never found the look of task chairs that appealing. the aeron is OK, and is a better example than most, due in part to the high tolerances and good finishes on the plastics, but for me, i’d take an older “less ergonomic” design any day. my pics would be- 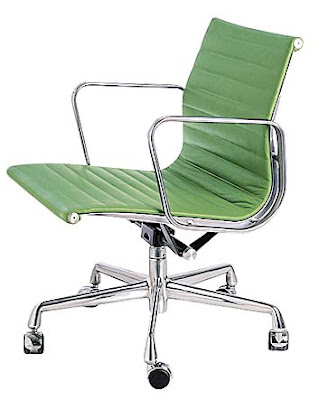 i’m sitting in the below chair now (steelcase 70’s era, forget who designed it), and sit in it for 8+ hours a day, no issues.

If I had the $ I’d pick up a vintage soft pad chair asap. 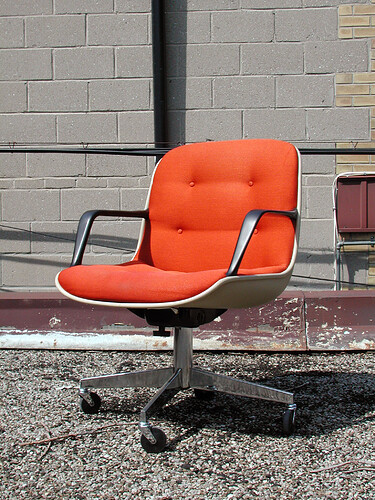 I agree with you Richard, I’ve never found the “show the engineering” approach of most modern task chairs very appealing.

But… the difference in comfort a good chair can make? Massive! Sure the classic Eames chairs look great and feel pretty comfy at first, but I find myself constantly shifting around to get comfortable after 30 minutes.

i like the design, it’s not as stunning as the aeron chair was in '94 but i know HM hardly does anything halfassed. i think it’s a nice departure. i haven’t tested one yet, but i know the people behind it and i’m sure it sits very well.

i think it’s a testament to bill stumpf’s career and partnership with HM.

as far as the other chairs go, if you take into consideration the time and era each of the designs, their comfort is actually quite good. i know HM uses weight and temperature sensors for testing along with extensive user research, perhaps the most in the biz.

also, i know HMs reverence and regard for their past design classics, they wouldn’t alter the form of an eames or nelson design to make it fit better.

that said, i have an eames lounge chair and an eames softpad aluminum lounge in my home, i prefer the softpad for long sits. i keep that one in my home office. i put the eames plywood lounge in the living room because it’s still very pimp and guests are drawn to it.

shifting around while seated is actually very common. it’s impossible and unhealthy to sit perfectly still in any posture for very long. i remember a study i did at HM where we monitored about 500 hours of people working at their stations to record the postures and movements. somewhat tedius, but the results were very interesting.

This is a beautiful chair. The more closeups I see the further I am enamoured with the thoughfully considered exoskeleton back support, and other design details. This is a really impressive chair that leaves the Aeron in the dust (wouldn’t trade mine in for anything though at present), although I would concur with other posts regarding the blue and black color choice- hmm, not the pick of the litter.
I would also want to recognize Hedrich Blessings the photographers for HM who bring these details to life and enhance the overall design.

Anyone out there sat in one and can provide a perspective on the comfort level?

… Anyone out there sat in one and can provide a perspective on the comfort level?

I have sat in one and the comfort level is excellent. Once youâ€™ve adjusted the settings to suit your body it really is a very comfortable chair. I liked it so much that I bought one. Iâ€™m planning to use it at work (where thereâ€™s a lot of sitting) and I can give a more in-depth review when it arrives and Iâ€™ve had a few days to enjoy it.

I do like the look of this chair. It looks comfortable and stylish… nice details and I’m sure it is awesome ergonomically, though I do sympathize with the comment that it is already looking dated (maybe its the base or similarity to the aeron?)

r- I agree with you on the eames chairs.

i’m sitting in the below chair now (steelcase 70’s era, forget who designed it), and sit in it for 8+ hours a day, no issues.

I had the same chair in my home office for a few years. I always thought I it was a bit unsteady when you rock back too far. That’s probably because i “rock back too far”.

P.S…Malcolm Gladwell’s book “BLINK” has some great references to Herman-Millerâ€™s Aeron chair: “The best-selling chair in the history of office chairs, which succeeded in spite of research that suggested it would fail”.

The latest issue of Develop3D has some development sketches and stores from the Embody team http://www.develop3d.com/downloads/

Not a big fan personally. Looks pregnant. The details are interesting, but taken as a whole the chair does not have a very high quality look. Too much plastic and not much visual differentiation.

I’m sure some people will love this chair, I’m just not quite sold that this is the Aeron successor.

that is suggested retail… Im still not sold on the chair either. It looks like an intern designed it.

I kinda agree with D-Engine. There are some nice details no that Steelcase chair. I like the view from the back, the knobs, the instructions being in the arm rests. I wish I had the knowledge to know if this is new, or a continued practice at Steelcase, but it’s nice!

On the other hand, it looks like a pretty standard chair from the front. The base and arm rests look like they are pilfered from another product. I wouldn’t mind it though, helluva lot better than mine at work and easily as nice as my current home chair.

Leap has been around for years and had a refresh 2-3 years ago. It was done by Ideo if I’m not mistaken. The Leap lounge is a really comfortable sitting device. 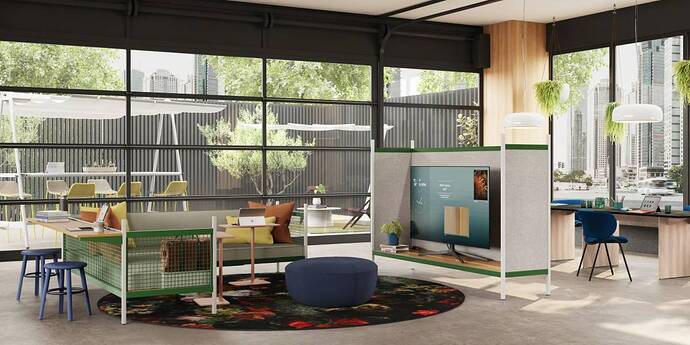 The leading manufacturer of furniture for offices, hospitals, and classrooms. Our furniture is inspired by innovative research in workspace design.