help! (who is this artist)

I only have a vague description…

graphic designer that likes to work with gradient patterns to create a patterned out image of different shapes. So like organic shapes with different gradient colors…

Sounds like you are looking for Chuck Close. I always liked when he put a grid at a 45degree angle to horizon.

I also am bad with names an need to ask others.

Chuck Close is a painter, not a graphic designer:

Is this a graphic designer or illustrator that you’re looking for?

Peter Seville is a graphic designer: 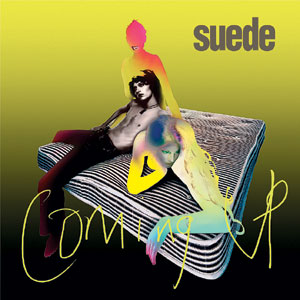 If I were you I’d go search illustration on Gettyone.com and use terms like “gradient.” Hone in on the style and go from there.

I do love chuck close.

Thanks yall, I will keep on looking.

I think you may be trying to say halftone gradients.
Is that right?
The first things to pop into my head were Lichtenstein and Escher.
I didn’t want to say that because I think they are too obvious, and are also sort of categorized as fine art, but if you don’t already know them you should look them up.
If thats not it, maybe you could provide us with some visual references that are similar.

I do like both of those artists you mentioned especially escher.

I can’t really come up with anything thats similar, this is extremely frustrating for me its funny though…

This guys work is similar to chuck close aside from him being mainly a graphic designer but instead of trying to create just portraits or images hes just making patterns with patterns.

One piece that sticks out in my mind that he did is representational of a vagina, I guess thats obvious why it sticks out…

I believe he is from somewhere in Europe as well…I think I may have sparked some curiousity in some ppl as well, don’t kill yourself trying to figure out who it is like I am…

hilarious…right after I posted that I found it…


I love this stuff…

Nice stuff. Thanks for sharing.