Help! Need a new laptop I can use to draw with

Just a quick question, one that seems hard to answer in the profession with so much new technology coming out constantly. I’m looking for a new laptop that I can draw on. Previously I have used the Wacom Cintiq tablets but can’t afford the price at the moment. I want something with sensitivity and portability (I used the Toshiba Portege and loved it until it died) and something that can handle programs like Illustrator and photoshop. Any advice on what works for a laptop would be tremendously appreciated!!! I know I can buy something like the bamboo or 12wx but I want a machine that I can carry around, draw on, do some illustrator work and so on. There are so many ‘tablets’ out there I don’t know where to start. Also, the Ipad is not an option, there’s no sensitivity and although it has Sketchbook pro it’s not suited for higher end drawing abilities.

There have not been a lot of great tablet PC’s lately. The larger 14" form factor which was nicer to draw on has been abandoned and most of the 12" models available today do not have the option for dedicated graphics, which means they might be OK for 2D work but will not be able to do anything in the 3D realm. Plus only a few models offer Wacom digitizers and I have experienced performance issues with non Wacom active digitizers in the past (pen too slow to draw quick shapes like ellipses).

It’s unfortunate, the tech is there to build something sweet but lets face it - designers are such a tiny niche market that no one really cares that much about us. Even if they did, most of us are too poor to afford expensive hardware when most people can get by with a $300 Wacom and a laptop.

Thank you for the response. Are there any recommendations with laptop with Wacom digitizers?

Also, I found these two, one a Mac converted into a tablet with the Wacom digitizer tech, $1800 for the whole shebang doesn’t sound terrible if this thing performs. Tablet สิ่งจำเป็นของชีวิตประจำวัน – มีแท็บเล็ตไว้อุ่นใจแน่นอนทำงานง่ายพบพาสะดวก

And the HP slate, I don’t even know if you can draw on it let alone if it has the Wacom digitizer. Any thoughts on either of these?
http://www.tabletpcreview.com/default.asp?newsID=1712&review=HP+slate+500+tablet+pc+windows+7

Yup, what cyber said pretty much. You can still find the old 14" tecra m7 online (used) for $400-$500 but keep in mind it’s 5 years old and won’t be much good. The new modbook pro set to be released this spring is look like a kickass piece of hardware, but it’s also $5k… The modbook is much less ($1900) but it’s also just a macbook with a wacom screen bolted on top.

(EDIT: the $5000 price is rumored based on a youtube video from the axiotron guy last spring. It could debut for $4k or $3k (not likely) Regardless, I’ve got my eye on it as it makes me tingle inside

I am currently running a Gateway 14" tablet and like it a lot. It is getting a little old and the HD is just too small! As mentioned above, the 14" size has been abandoned. This is the largest I have found. Considering this.

IT products and solutions for a digital world : Fujitsu United States

IT products and solutions for a digital world 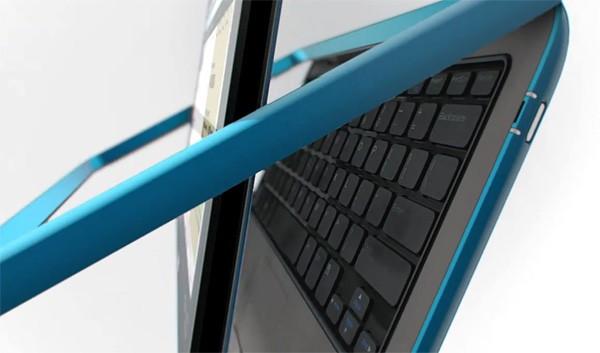 Dell Inspiron Duo tablet could be with us next week | Engadget

Alright, we know AMD's busy showing off its Atom killer, but there's still a little life left in Intel's netbook stalwart, which has been harnessed to its fullest in Dell's screen-flipping Duo tablet / netbook.

Could be interesting, Looks decent. Dont know if it has a wacom digitizer though.

i’ve just bought a secondhand axiotron modbook on ebay. it’ll probably be a while before i get my grubby paws on it (hold-ups at customs are usual). will let you know how i like it once it’s here!

I’ve had a Gateway E-295C (Same as C-140x) for a few years now. Its 14" and came with the Wacom digitizer. It’s been pretty great for sketching, and though the Processor and Graphics Card arent amazing, I’ve been able to run Solidworks and Hypershot on it no problem. I now use it just for sketching and as a back up, but you can pick these up on ebay for around $300-500… Not a bad option for the price of an intuous…

i was browsing this forum a while ago. Theres a lot of tablet info there that was very helpful.
http://forum.tabletpcreview.com/

Hey! I’m still using mine, works lovely. 11x14 photoshop renderings, 3d modeling with assemblies, rendering, etc… I don’t think it can handle any of the new rendering “Shots” programs though, that’s probably it’s biggest limitation.
They do have a tendency to get dust under the screen though, and something is loose so that if you have the computer on with the lid shut, items in the lower left hand corner spontaneously activates (start menu, etc…). Just some things to watch out for if you do get one. But I can’t really complain, does everything I’ve ever thrown at it.

That’s great to hear. I didn’t mean to sound too harsh in my critique of the m7 (I’m using a 3.5 year old laptop that works just fine btw,)
It will for sure work great with software from it’s era which for most of us will still get the job done. I’m sure you’ll agree, though, that software expands to take advantage of modern computing power. Sketchbook Pro 2 used to fly on computers that now struggle to run 2011 (smoothly anyways) The biggest problem with the m7 will be the video ram, which at 128mb is lacking, and not upgradable.

With that said, for the right price I would buy one to use as a dedicated portable sketchpad, understanding it’s limits, no hesitation.

Yeah, I’m overdue for an upgrade, when I do this will be downgraded into just a tablet. These new programs do assume you have a much more powerful machine.

I use a combination of powerful desktop for CAD and rendering and tabletPC for sketchbook and on the road CAD. I always go back to the desktop for the real heavy lifting.

Thanks for the input guys! There’s a lot of computers (laptops) out there but not a lot of substantially well built designer task oriented machines that can handle new software yet. Cross the fingers for the modbook being under 5k Ben!

MP Designer, you must of missed the original question, looking for specific models, we all know there are plenty of desktop units you can simply connect a Wacom tablet too, I need something portable when I meet face to face with clients for quick sketching.

I use a combination of powerful desktop for CAD and rendering and tabletPC for sketchbook and on the road CAD. I always go back to the desktop for the real heavy lifting.

This is a good plan that I follow as well! Use the gateway as mentioned above.