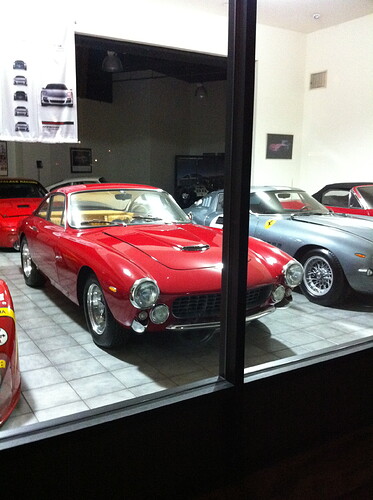 IMG_0585.jpg1936×2592 1.08 MB
I crossed eyes with this beauty last night and fell in love. I live next to a porsche dealership and they replaced all their new cars with these fine specimens this week. Unfortunately I can’t figure out what model (let alone brand, since it doesn’t look like a porsche?) this is, although everyone’s trained eyes here can probably identify it easily. Other than the Citroen DS, this is the only time I’ve ever fallen in love with a car.

Also, I looked like such a creeper taking this photo since I seemed to have crashed a VIP party happening next door and was just this shadowy girl taking iphone photos in the corner.

Beautiful ride. The 250s are my favorite Ferraris, though I preffer the GTO

Love the GTO, too. But, you know, if someone were to hand me any 250 I probably wouldn’t turn them down. Probably.

But, you know, if someone were to hand me > any > 250 I probably wouldn’t turn them down. Probably.

“We now present you with the most expensive car crash ever. Touted as the Ferrari that most successfully embodies the traits of the marque, the 1962-64 Ferrari 250 GTO became the most valuable car in the world. In 2008 an anonymous English buyer bought a 250 GTO at auction for a record $28,500,000. The crash above represents a car worth more than the combined value of all 14 Enzos involved in accidents. It is simply unbelievable that an owner would even dare take this car on the road. After a track event involving historic cars, the owner of this rare beast rammed into the back of another car after traffic slowed down. Some folks have a lot of disposable income…” 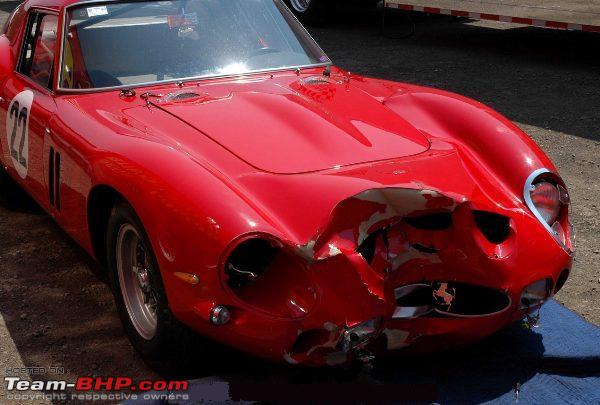 “Just when you thought it couldn’t get much more expensive, the damage has been multiplied. The record price for a 1961 250 GT California Spyder at auction was set on May 18, 2008 when a black one was sold for $10,894,900. So what is one doing buried in the sand? The unlucky owner had it stored near the beach when a Hurricane hit.” 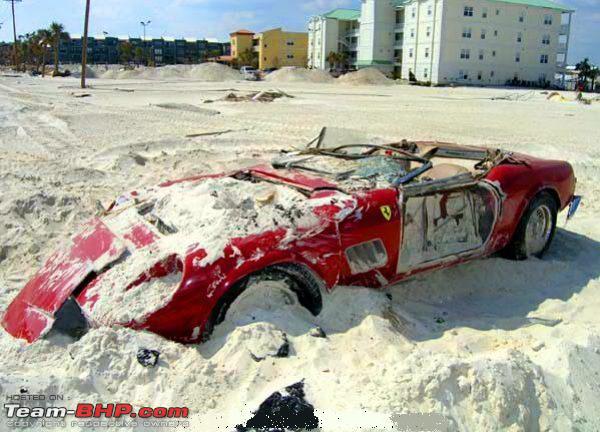 Alright. I’ll preface that with any OPERATIONAL 250…

I’d take either one of them, and might even offer to haul them away for free depending upon how needy the PO was.

I’m with Lew on this one.


Linda, is that in Pittsburgh? If so have you got a more specific spot (like the shop name?) I’ll be there putting finger prints on the windows in no time.

Maybe if I get crazy famous and make bank as a designer (knock on wood). Or maybe I can just buy an action figure. So what’s the running cost of a citroen ds then?

@simon_four_fingers Yes! It’s in pittsburgh, the only Porsche dealership in town

I don’t know for how much longer they’re going to have them (maybe a month?). I just know I’m going to try to smooth talk my way into getting as close as possible. 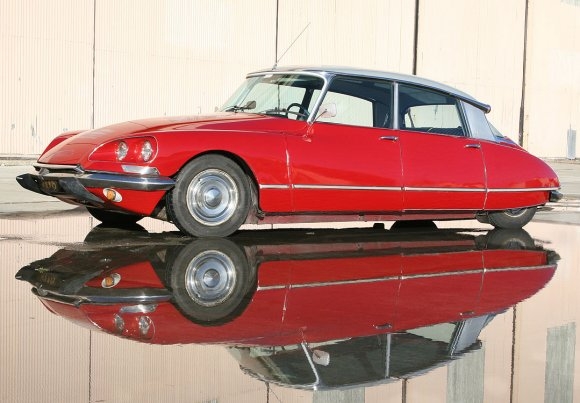 Citroen DS can be had for $10k US. Remember though, Citroens haven’t been sold here for 30+ years. That means parts are rare & expensive. If you speak french and travel to Europe often, it might be easier.

Also, it depends on which DS you want. The DS has a sophisticated hydraulic suspension, steering and control system that is tricky to keep running when mechanics have never seen it before. There is another model named ID that looks the same, but with conventional mechanics. That should be more reliable.