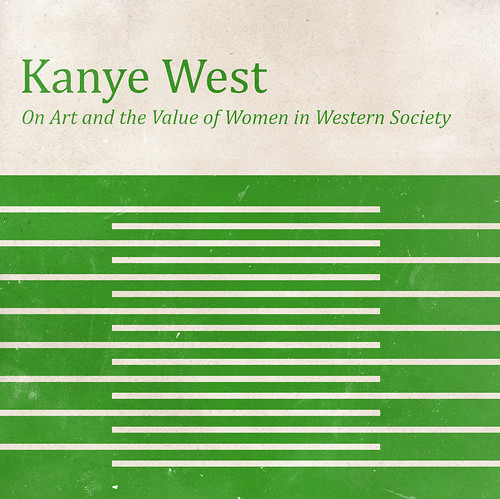 I need your help. I don’t take credit for this idea. As a matter of fact, I’m trying to track down the artist who came up with this concept. It was a series of mock album covers, titled like essays, and complete with graphs, charts, and discourse regarding the music industry. These mock covers were then secretly dropped into actual record stores. The image above is something I whipped up that generally captures the aesthetic of the series, but isn’t an exact replica. I figured it would be better than trying to describe it only in words.

I think I saw it on ffffound initially, but I can’t seem to find the website for the life of me. Does anyone recognize this?

Pretty nice, Im likimg the choice of phrase for each artist.

Normally, I’m against any kind of graffiti art and stuff, because they are often stupid, egotistical or counter-productive, but this is one that transcend that for me. Ever since I went vinyl a few months back, I’ve been mining the local used record stores. It would really make my day to find one of these records in a box.

Thanks for the link!