Saw a blip of a supercar pass by me the other day. Don’t have much to go on but can’t figure out what it was. Not your usual Ferrari or Lamborghini I don’t think. Not a lotus or tesla either I don’t think.

All I saw was a dual exhaust integrated into the rear fascia. Kinda trapezoidal shape, each set about midway in the fascia, not beside each other, but about 18" or so apart with some stuff between.

The most recent iPad commercial shows the same car I think in some racing game. Looks like it also has some scoops on the side. Pretty low, dark silver.

Oh man, not sure, can you get a screen grab of the ipad ad?

All I heard was the engine note going by, then turned and saw that hot a$$.

The rear of a McLaren is probably the view most seen.
Here’s is the new McLaren P1 from Paris Auto Show this week.

More on the P1: The McLaren P1™: the next steps towards production - YouTube 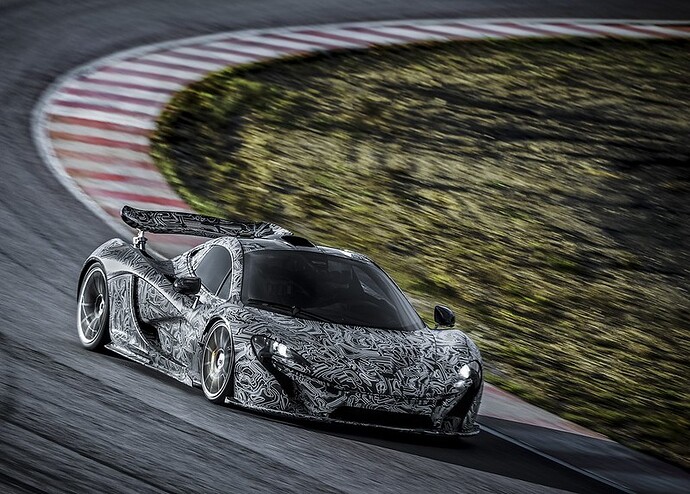 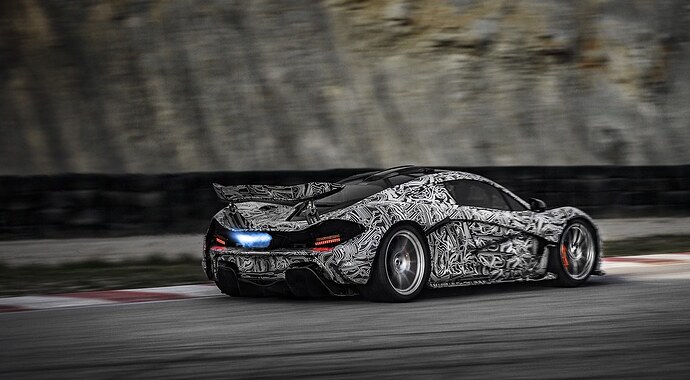 Love it, the dazzle paint camouflage looks great on the car. They should sell it with an option to have it wrapped like that.

I visited a design consultancy recently and they had one in the basement, doing some work on it.