The wife and I are headed to New Orleans for vacation. We are really looking forward to relaxing and taking in the food, drink, and music. Not to mention some time away from our little one. I have looked to you guys in the past for suggestions on what the musts are when traveling. So what are they in New Orleans? We have never been there before. Of course where should be eat and are there any bars we should hit, but we would love suggestions on what to do during the day too.

Thanks in advance for the help.

I was there for a few days during one of the IDSA conferences, other than generic french quarter stuff the one thing we did that I really enjoyed was rented some bikes and rode through town up to lake Pontchartrain. There were maybe 1 or 2 seedy moments where some hillbilly’s made us slightly uncomfortable but we were able to ride up to city park (which has an art museum and some nice views) and then up to the lake. Made for a nice break between eating and drinking and drinking and drinking.

Some restaurants listed in this thread,

Traveling - Where to eat off topic

I don’t know about you, but the only thing that makes traveling bearable is eating good food. I have to eat out and I’m getting reimbursed (to some extent), why not take advantage. Here’s a partial list to where I have been lately: New Orleans Lucy’s Retired Surfer Bar & Restaurant - Ceviche tacos Mothers - Breakfast Chicago Gino’s East - Chicago style pizza Armands - Thin crust pizza Zias - Northern Italian Frontera Grill - Mexican Don Juans - Mexican Weiner Circle - Chicago style d…

As for hotels, I like the International, quite reasonably priced. 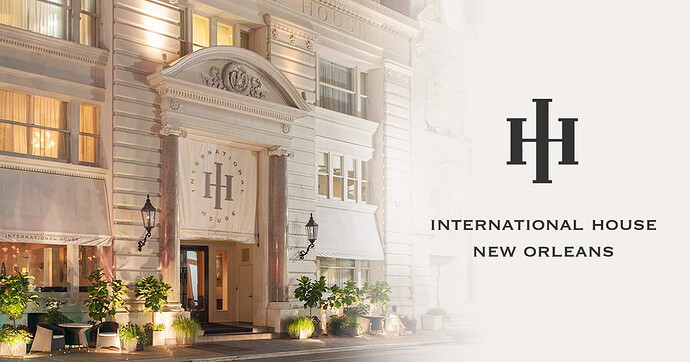