Have you seen this kind of Key before? 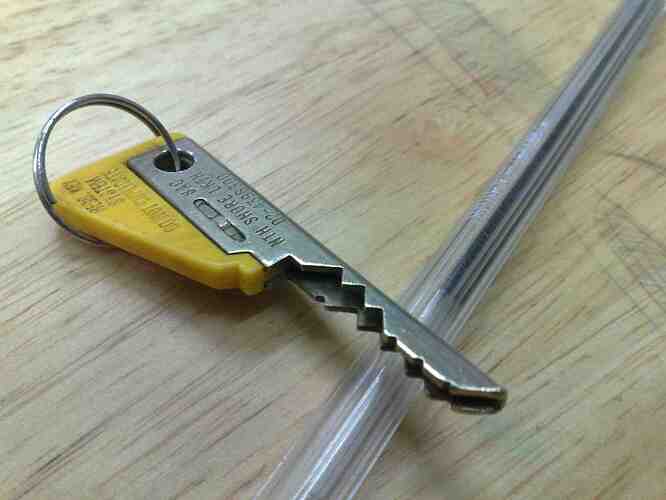 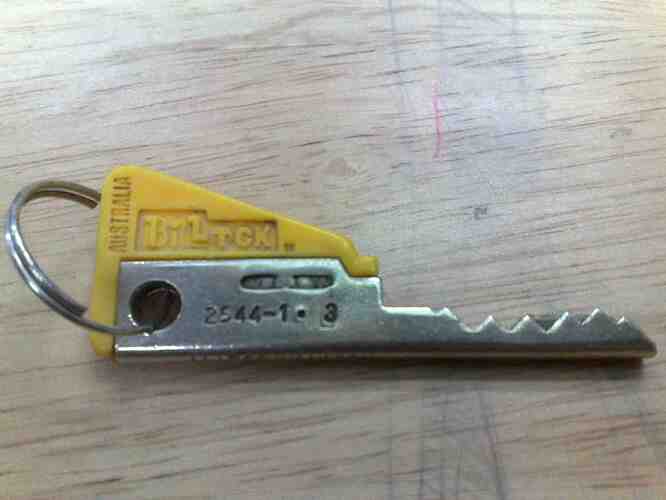 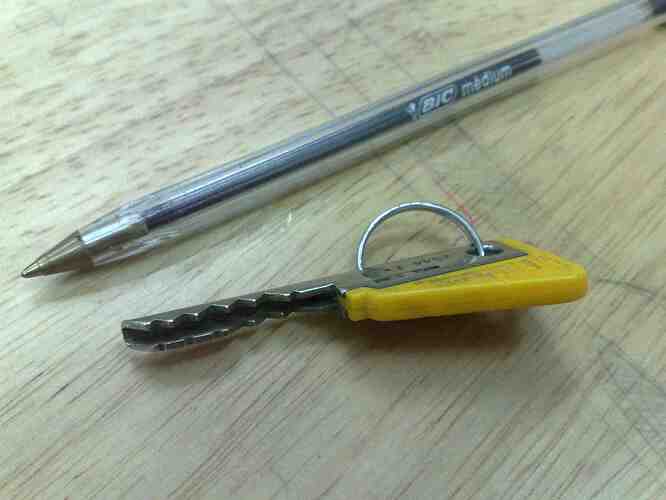 IrfanKACHWALLA.jpg2592×1944 125 KB
I found this about a year back lying at home with my Dad who cannot really recollect its use or from where he got it,

)
until recently I thought id share it here since im a Product design student who likes to be in the company of such products
and plus ive never seen anything like it here in India.

Googled the company and found out its Australian and thats about pretty much I could figure since they cant help me with the serials.
I know im being a bit too lazy here though but wanted to see what you had to say

Looks like the key to a coin-operated locker of some sort. I have seen one though.

Yep, its a restricted key system called Bilock - obviously it uses two rows of pins in the lock cylinder for more permuations. They are commonly used in universities and commercial buildings etc where good access control is required. A fairly common restricted system in Australia. Only a licenced locksmith with bilock is able to cut blanks and supply keys.

So somewhere, someone was tearing up the place trying to account for a missing security system key