So Hasselblad and Sony announced a cooperation. They are making a new skin for the Sony NEX7, and branding it a Hasselblad. Probably to compete with the Leica-Panasonics.

The final thing hasn’t been presented afaik, but you can see some process here: http://www.hasselblad-lunar.com/

As expected, the hobby photogs hate it and dub it the worst looking camera ever. What do you think?

And since you ask - it’s €5000. But that’s nothing compared to the one-off Leica that Jony Ive is supposed to design. 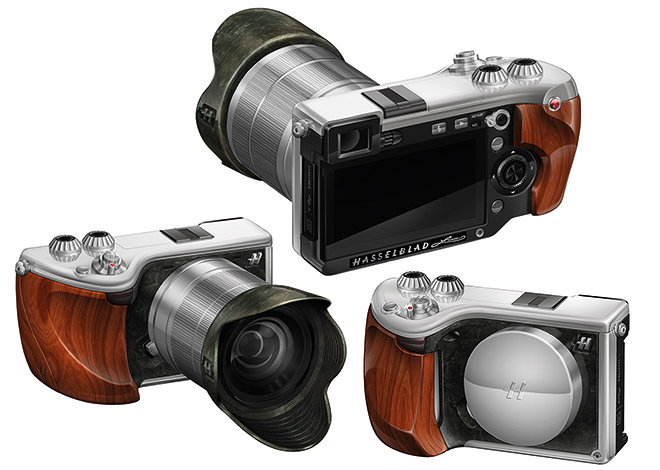 That has to be for the Chinese/Russian market. It’s hideous.

“Unique ergonomics” Hmmm, this is compared to “functional ergonomics”?

What I love most is how we see that this is obviously just skinning an existing design. There will be no functional advantage to the design, just geeky people will know that your a d-bag that drops $5k on a camera.

That totally looks like a first year design project. Overdone, blobby ergonomics, everything 20% too big in details, too many materials/colors, no attention paid to the seams or negative space…

I could go on, but I won’t. Just terrible.

That’s a real shame. They had a perfect opportunity to create a new classic and totally blew it with the over the top Russian styling. (You hit it on the head Ray)

The same company that created this beauty 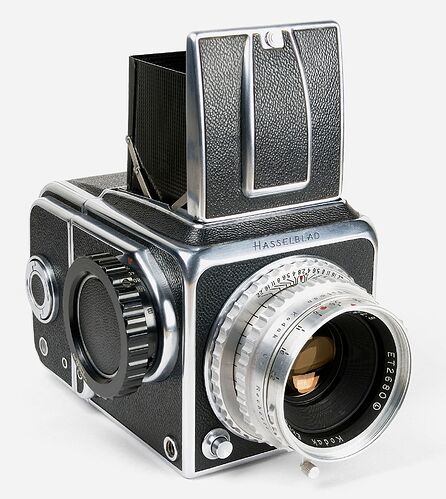 I mean, crocodile leather? Come on!

lol, you mean that just making something look like squished playdough doesn’t make it ergonomic? So much for my human factors check box!

This is awfully shocking. At first I was sure, that it was just an independent students project,
but it isn’t. They released it on the Photokina.

Well. Hasselblad was sold from one “investor” to another “investor” in 2011. This probably means, that the company
is creaking under dept. The investment group, that is now running (or draining?) it, sits in Swizzerland. They founded
a new “design studio” in Venice, Italy. Which probably only means, that one of their managers has a girl down there and
some “interns” doing the best they can to crank out renders and models within short notice before the fair.

This whole project is hilarious. And history likes to repeat itself. What this reminds me of most is the “Packard Baker” of
1957:

A.: Find a perfectly balanced timeless design as a base model.
B.: Adorn it with as many glitzy “rich” elements, blown out of proportion, a vegas hooker could ever imagine as “class”.
C.: Sell it off under a once meaningful brand and make sure it is branded thickly.
D.: Bomb in the market place.
E.: Ruin the Brand for ever.
F.: Run ! 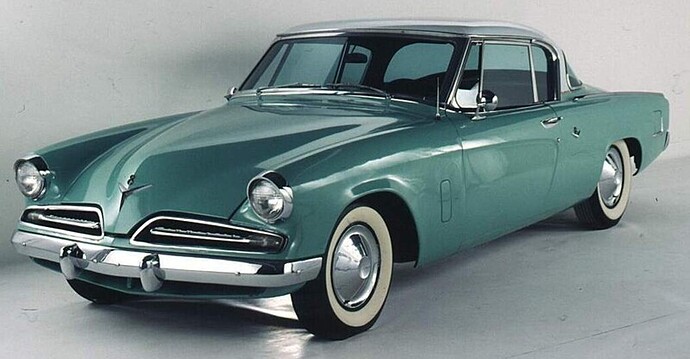 Probably this comparison is unfair to the Packard Bakers…

And I am really keen to see, how and if this Hasselblad crocodile leather stuff sells in some places. THAT would
really be interesting.

By way of comparison.

Definitely an odd one. The goal is to make something different AND better, not just different for different’s sake.