I did a search in the discussions here and did not find any threads related to the term. I realize there are several definitions for the term from different discipline perspectives. I’m wondering if any of you feel strongly about "hacking’.

i must be old, i dont know what these terms even me, i can only guess in comparison to how they where originally used…

I agree iab, i hate buzzwords… and i hate when marketing gets a hold of it. The number of times my wife wants to “brain storm” the furniture layout = her telling me what it should be and me moving it.
Hacking= My wife telling me she saw this cool thing on pintrest i can make.

so, I work in an adjacent space to the Hacker/Maker movement.
It’s not a job, it’s often artistic, so in that sense it’s not design. It is a purposeful creation of something new. Several sponsored “Hackathons” have produced commercial products as well. (Much of the movement is structured around STEM goals and therefore the stuff is a byproduct of education.)

If you look at the histories of Kickstarter, Indiegogo, Gofundme, Wadiz etc. there is clear evidence of design, development, funding, manufacturing and shipping to customers. (there are also the fraud stories as well). I would say yes, Crowdsourcing is a new flavor of approach to design.

Chapman guitars is a good case study of crowdsourced design. 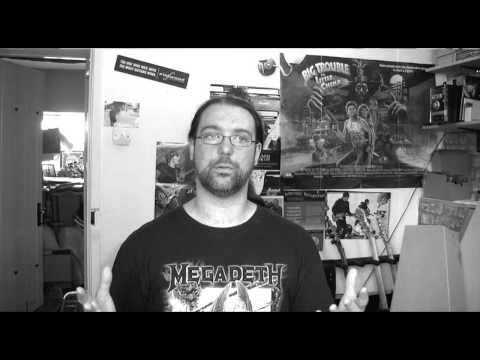 I have no tension, we are all designers, and we also have to recognize benefits and limitations realistically. Lets look at Photoshop and illustrator, when it came out in 1995 for the general public everyone was a graphic designer and of the self taught perhaps 1 in a 1000 where good. but that didn’t stop companies from hiring based on lowest rate…

I don’t qualify for design thinking.

I don’t qualify for design thinking.

Based on my wife’s assessment of me, i don’t either.

I guess I grew up a tinkerer so I’ve been thinking about hacking for a while. It seems like the term has been diluted by hype so much it’s lost its meaning. “Hacking disruption into crowd-sourced entrepreneurship” sounds like a popular TED talk. Mind you I have no idea what that would even be…

The best way I could distill hacking would be:

Utilizing knowledge to leverage a resource into unintended use.

It seems to fit well the old-school hacks like using toothpaste to buff up headlights, or using a Cap’n Crunch whistle to take control of a telephone system. But certainly applies to this very hyped modern notion of hacking. This gold rush to see how many corners you can cut on a square and still call it a square.

I think the reality is that hacking is an inherent trait of many great designers and innovators. Either by rethinking large systems by taking a step back or quickly testing out ideas with cobbled proof of concepts. As far as I’m concerned, unintended use leading to solutions is something that happens as part of the design process and not something you set out to purposely utilize.

The Eames’ were hacking before it was cool.

The Eames’ were hacking before it was cool.

I would put hacking in the category of crude prototyping methods. Say you are designing a product with a camera and you don’t have a CCD chip yet, so you hack an existing camera for the first prototype. The crude solution can also lead to new ideas, so hacking is a very fruitful approach especially when resources are limited, especially in the fuzzy front end of innovation.

I like the definitions mentioned above, hacking as solving a problem temporarily, utilizing a resource for unintended use, and “do it right afterwards”.

The Eames’ were real workshop designers - their innovations were based on doing tons of practical experiments with all kinds of materials and in the end it gave rise to their particular style of design. For example experimenting with the wood bending process for chairs also resulted in a very beautiful and functional leg splint (which i am still looking to buy someday).

The image that the term “hacking” immediately brings up is Matthew Broderick in Wargames. Or maybe, what Neo was doing in the first Matrix before he took the red pill. In both examples the protagonist is “hacking” into a previously inaccessible realm of knowledge via individualized, crafty, and spontaneous techniques.

I would agree with the above posters though that relative to what ‘design’ is supposed to be about, that its a redundant term. It is not ‘hacking’ when you are using individualized ingenuity to short-cut your way to solutions, whether in SolidWorks or corporate CMF strategy. You are just being a good designer. “Design hacker” only makes sense in a highly regimented world of CAD surfacing drones.

It also makes me think about the special effects model builders of the 70’s and 80’s before CGI became the prevalent method. Kit-bash some plastic model sets, glue onto plywood, spray paint primer gray, and voila its the Death Star. “Good enough”, impossible to repeat or document well, and gets the job done with good-to-spectacular results with much less time expenditure.