In a random wave of inspiration, I decided to design a gun entirely around the slick looking barrel of revolvers, extruding the form throughout the barrel. I included the old-school hammer and a modern-style handle and trigger for good measure. Photochopping is pretty exciting when you have a little imagination. 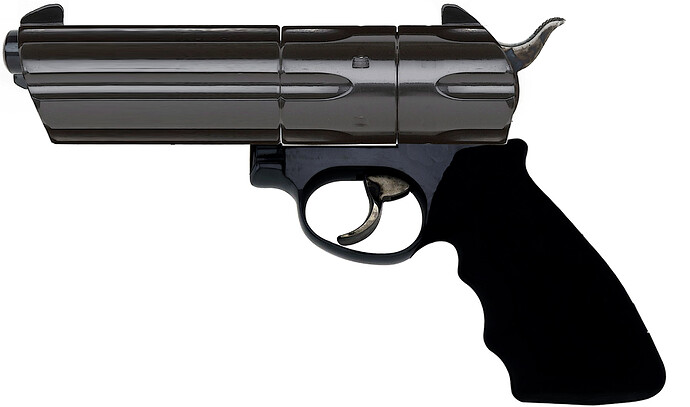 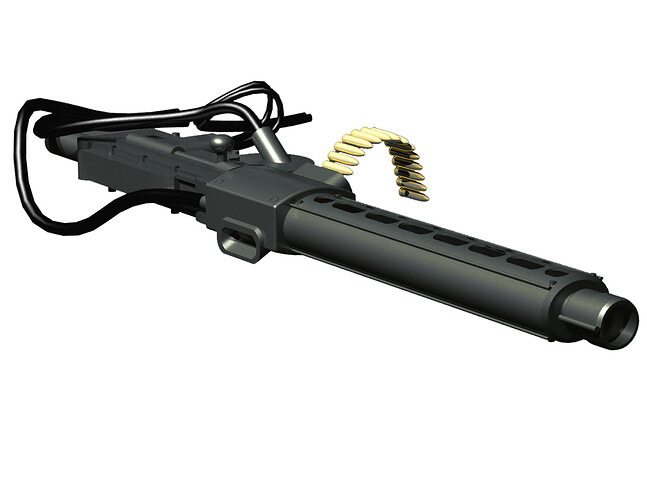 How do you reload? Does it ‘break’ like most revolvers? What goes in front of the chambers that aren’t aligned with the barrel? Extra rounds? Would it be front heavy? Big factors in handguns is the weight and balance. That mass would invoke classical mechanics and make it hard to swing. (Bodies at rest stay at rest, bodies in motion…)

Did you know that Raymond Lowey turned away a project to design a gun? I think it was a military contract so it was probably well paid. You revolver is cool looking.

Sorry if this reply is a little late.
You’re about 200 years late on the design. This type of gun is called a “pepperbox.” Wiki has a good article here: Pepper-box - Wikipedia

It’s “Pepper Box” in appearance, but the actual PB had four independent chambers; which a was an early solution to having to reload ( a single barrel ) after each shot.

Kind of a 1941-ish British Sten Gun-like substance. What’s with the belt feed, instead of a rigid mag? I love the Sten’s “stamped-part design” (combined with minimal welding) which facilitated rapid manufacture (at the expense of accuracy); but since it was designed to lay down rapid fire, at close quarters, it didn’t make any difference. The earliest models had only 47 parts.

^^ Another cool modern weapon; the Austrian built Steyr AUG; a “bull-pup” design (action is behind the hand (in the stock). ^^

I like the “modern” techno-look applied to an old style weapon; it’s like, what if fire arm ignition technology stopped in 1865 with percussion caps, but everything else continued to evolve.

Several companies manufacture flintlock muzzleloaders, but they are more traditional in appearance; a “modernized” flintlock might be fun to do.

I am feeling sick

What’s the coolest gun design EVER? The AA-12, A fully automatic 12 gauge shotgun! 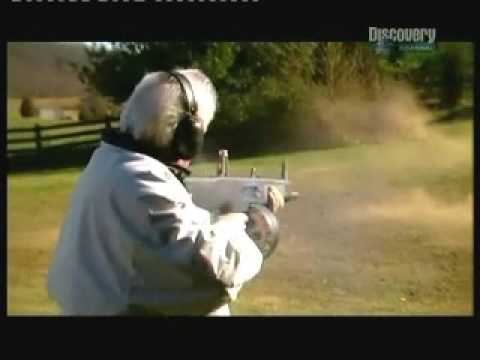 What’s the coolest gun design EVER? The AA-12, A fully automatic 12 gauge shotgun!

I’ve seen that one for a while, nasty. They have one with an old man shooting it one handed, the kickback is that light.

When you watch the video take note of the recoil.

i’ve seen that one for a while, nasty. They have one with an old man shooting it one handed, the kickback is that light.

The AA-12 also shoots an automatic round of armor piercing grenades! 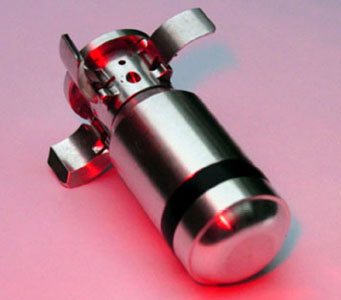 When you watch the video take note of the recoil.

My Mossy 500 left me sore the first time I took it to the range, turns out my technique was off. Once I fixed that, no problems.

Probably not going to find too many admirers around here. … …

Nice balance. I bought it for home-defense, but found out it does pretty good on clay. I’d need something a bit more specialized if I were going to get serious about competing though. I just try to stay loose, concentrate on body posture, and lean into the shot to absorb the recoil; I like to keep my off-arm lower with my hand further back on the forearm cradling it in a “V” with my thumb and index finger (and not actually “holding” onto it). I added a sling thinking it might help stabilize my presentation, but I’m not too sure it’s doing me any good.

“Auto” loading weapons do not kick as much because a portion of the recoil is absorbed by the gas being diverted to actuate the ejection/loading sequence. Another look at the AA12 video makes it look like the “auto mode” firing sequence is so fast that the weapon never really kicks … more like of a pulsing fluid motion.

Here’s mine for home defense. I made the lighting clamp myself since I couldn’t find a good inexpensive alternative. 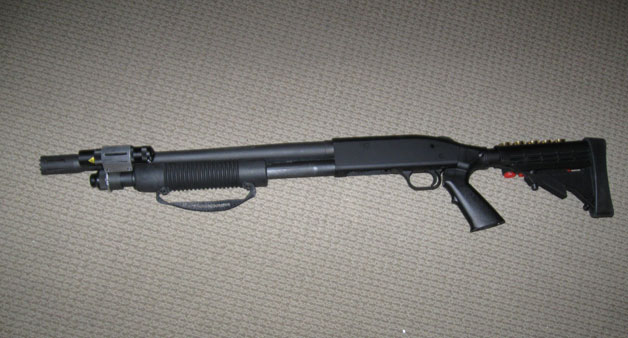 Nice, air guns have come a long way since the daisy I had in 5th grade!

You do whatever you want. My personal choice is do not become enabler on contribute in any sense of something I don’t believe in. Its not an abstraction.
And this approach i will use in my profession taking in considerations hazards to health, the environment, what it promotes culturally. That is my notion of being responsible.
In the death of someone killed by a gun in which design i participated,that death is not an abstraction but there is a causal relation woven in it. Because i designed it and the purpose of a gun is to:

. Cause death
. Kill Human beings
. Cause and multiply violence
. Serve agendas i don’t want to participate in.

Don’t puuuuleeeze me, its my point of view and I am free to express myself.
Now my case is closed, will not talk about it anymore.