Throughout my design life I have seen more then I can recall little widgets that track your electricity use in the home. How much water you are using. How much fuel you are burning.
One example as on the front page 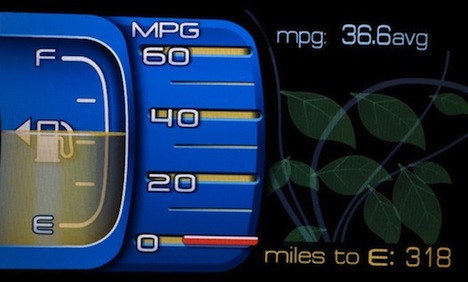 Every time I see one of these gadgets I demand to see some kind of scientific data proving that these actually change behaviour. Yes there is most likely going to be a novelty effect. (SHORT TERM). Then we go back to our normal behaviours making that little widget what 5% effective? When do you get to a point where that plastic monitor/widget becomes worse for the environment in the long run?

Am I missing that this kind of behaviour change is just what happens?
I would love to see some hard data proving that these are more then just novelty items, please enlighten me

First, I’m with you, if you are going to make a claim, PROVE IT. I am sick and tired of marketing BS.

That said, there is an old adage, “You can’t manage what you don’t measure.”

That is absolutely correct, but it only proves the negative. If you don’t have that widget, you will never be able to manage your fuel consumption.

Now with that said, and due to confidentiality I can give you only the 10,000 foot view, widgets like that can work. I am currently working on a project that gives the user realtime performance feedback. They can access that data on any PC, smartphone, etc. We did a baseline measurement for a month with the user using their old methodology. Then we added a new methodology along with the performance feedback. They improved their performance by around 275% and have now sustained it at that level for 8 months. Trust me in saying their have been other interventions to raise performance but it typically leveled off to the original level in 2-3 months.

This is an ongoing trial and of course things can still go south but things are looking great at this time. I also should say we introduced a new product along with the widget and it is likely it is the combination of the 2 that has created the sustained, improved performance. I don’t think one or the other alone would work half as well as the 2 combined.

The idea is, if you can show feedback to the user, they are more likely to respond in a more positive manner.

Hoodzy’s example of electricity tracking: Instead of some wheel turning in your electric meter, have a widget that shows how much money you are spending. So if you have all your lights on, the pennies will tick up faster if you have no lights on.

Hoodzy is asking do these widgets have any long-term changes to behavior or will you go back to your old ways when the novelty wears off - Will you keep on turning off your lights or will you say its only a few cents and I don’t give a crap?

My point is that it can work but not necessarily it will work. I think you will definately need more than just the widget. And I also think you should prove your widget will have a positive effect instead of adding just another feature for marketing sake.

And I’m hotdogs too.

HAAHAH OMG… i was trying to understand!! I couldn’t figure it out…