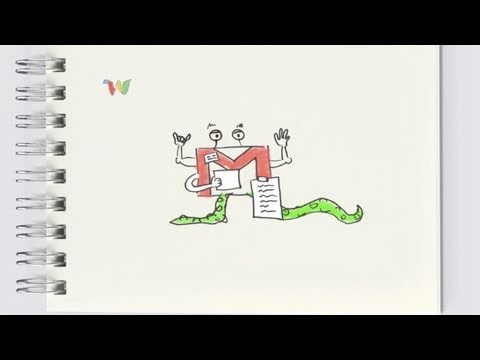 So has anyone started to use google wave? We all know what it’s like to try and sort through those long email chains between 5 different people, trying to read highlighted messages to questions and then trying to forward and reply all, and cc. new people… It can be a mess. I think the key is everyone has to be on board with google wave for it to work well, and moving away from traditional email to Google wave is a big step.

What seems nice is it’s a hybrid of email and Instant messaging for real time working. I can’t tell you how many times im trying to send emails, while talking on the phone to the same person, and IM’ing my boss two cubes down. lol

First_ Google Wave seems great. Sadly enough they are using their scarcity model again (like gmail “on invitations only” some years ago) so I couldn’t use it with may collegues/friend yet.
So I can’t tell until we use it. I agree with you seems great.

Second_ Something different : you explain you multitak all the time. Well try googling the recent academic findings about multitasking. Or more commonly said trying to do several things at a time. They are a disaster. You do simultaneous garbage. Texting while driving is an example. Your risk of having an accident is increased, I don’t know, like tenfold. And you won’t be able to remember clearly what you texted.
Human multitasking is a nonsense based on confusing computers and humans. A computer can compute several things at a time. But when several programs are open a human only uses one at a time.

Maybe thats worth another thread tho.

What I meant about multitasking was talking to multiple people about the same thing, were a global company so we all can’t sit at the desk at once. Which is why I thought Google Wave would be a nice program to try and get everyone on one page.

As for your theory about multitasking, Im typing this and listening to music, and chewing gum, and I have a IM chat going on, and everything is going smoothly. Have you ever told that theory in an interview? lol

But just think of how much better you could have done those 4 things by themselves? Honestly, the research is not in your favor.

With the Wave, I’m annoyed that it’s invite only. I’ve requested an invite many times, and I must not be cool enough with Google. A friend of mine has it, and says it’s neat but no one else he knows is on it, thereby defeating the purpose.

Make it like SketchUp, Google. Release it, make it available and watch people interact.

The point was I have to communicate with people at the same time about the same projects but they are located in different parts of the world. I thought Google Wave might be a good solution for simultaneous communication while showing CAD’s and still being able to go back to that conversation/email later, or to bring in new people later in the conversation. Maybe multitasking could be it’s own thread but it’s an interesting topic.

Another bulletin board I post on has lots of members who got invites, so I got an invite and I’ve been using it for a while. I think it’s a great way of discussing projects, much better than using IM or skype, because it’s more fluid.
I’m annoyed they won’t give me any invites yet, because it would be great to use it with a client of mine.

Also because it’s in browser and not an app as such, I was wondering if it was a work-round for companies which ban IM for security reasons - perhaps it doesn’t use those ports?

You bring up a good point about it being in a browser and not it’s own application. Right now with my entourage, it notifies me when an email comes in but how would I know if I get a new message in Wave? Most of the complaints I have read so far is the invite process because it’s useless if you’re the only person who has it. But Google is a smart company, so I trust they have a good reason for this.

Question: How many people have switched over from their old email (yahoo,hotmail…) and now use Gmail? Almost all my friends use gmail now. If google could create a more seamless integration with gmail and wave I believe it would take off much quicker.

Part of the reason is a reluctance to entrust important data to someone else’s servers, even those of giant Google.

How do you all feel about this issue?

mrtwillis: almost everyone I know uses gmail for private use, none for professional (no matter which field they work in). We’ve used google docs to coordinate summer vacations and trip expenses, and keep an inner-circe blog for updates. Looking forward to use gwave for that at least, as I believe the professional use is far far away.

Personally, I hate Gmail. The interface and interaction is terrible, and even with AdBlock plus I have to see ads. With Yahoo mail, I get buttons that make sense (like delete and check mail) and AdBlock plus blocks the ads for me. Done.

If the UI on Wave is anything like Gmail, I don’t want to see it.

Most of the complaints I have read so far is the invite process because it’s useless if you’re the only person who has it. But Google is a smart company, so I trust they have a good reason for this.

Theres about 30 people I know (from the same bb) that have it. We know each other IRL, now and we’re a bunch of utter geeks, so we’re loving getting a chance to try and see what it can do, I would be so frustrated if I were the only person, but it is in the testing stage ad we are feeding back. There are some browser issues (bizarrely for me it runs faster in ie 8 than in Chrome!), they need ironing out.

Question: How many people have switched over from their old email (yahoo,hotmail…) and now use Gmail? Almost all my friends use gmail now. If google could create a more seamless integration with gmail and wave I believe it would take off much quicker.

gmail is industry standard for us. Many of the agents and factories I work with use it also and google talk and skype. I use my @shoedesign.co.uk for first contact only, after that gmail all the way. Wave already uses links to your gmail account, but isn’t seamlessly combined.

I think wave is a very promising idea that for the most part fixes the problems email has suffered for years, the biggest being trying to corral multiple threaded emails between many parties into a coherent discussion.
But personally I think the protocol is the great part and google’s implementation of it leaves quite a bit to be desired.

My initial thoughts are that it is too free, you can edit anything anywhere at any time. This sounds great but in practice with a multi party discussion it quickly becomes difficult to see the path a conversation has taken and who is replying to what. There are some subtle design cues for conversation flow built into the interface but I don’t think it is appropriate to expect average users to stick to them (in my experience most people don’t know when to reply all vs private reply).
There is also the playback feature but this is a slow and annoying solution that incredibly painful to use. I want to see the flow of conversation at a glance not in a movie that unfolds over time.

In regards to the invite process I think the only real issue is that google has shot themselves in the foot with their over-usage of the term beta, as for once this product really is in it’s beta stage, but because we are so used to their betas being public we expect to be able to use them as we would a normal release.

Personally, I hate Gmail. The interface and interaction is terrible, and even with AdBlock plus I have to see ads. With Yahoo mail, I get buttons that make sense (like delete and check mail) and AdBlock plus blocks the ads for me. Done.

If the UI on Wave is anything like Gmail, I don’t want to see it.

I can relate… the label/folder thing is confusing sometimes, and when an email thread splits off a couple times it can be hard to decipher. I use it and mostly like it, but sometimes it seems a little too clever for it’s own good

I’ve friends use use Facebook groups to manage a personal project recently and was impressed. It was an easy-to-understand way to post pictures and documents chronologically… and it’s free.

does anyone have any idea when there changing it from invite only? I keep hearing different things about when this will be

So I got my invite last night. First impressions, I like the interface 10 times better than Gmail. It’s more like some of the nicer Google Docs in terms of ease of use. It’s very simple, but I can see it being somewhat confusing when you get lots of waves going with many people. But, maybe no more confusing than email. You can track almost everything you do, searches, folder views, etc. And it’s pretty intuitive if you spend your day in front of a computer. I haven’t spent the time to watch the super long wave movie yet to get the most out of my wave experience, but I’ll get to it.

I’m just glad it doesn’t look like gmail, and isn’t loaded with ads… yet.

I’ve got 9 invites and would loooooovvveee to start a wave on softgoods… anyone?

im up for, but i already have a an account, but no invites left. judass at googlewave

Looks like Wave is down right now… Twitter seems to have confirmed it. Anyone else having trouble?

I dont have any problem to log on and see my Waves, but if its active, I dont know. I think the fact that no one else is available supports your suspicions.

let’s give it a go. I’ll be online all day today working on freelance softgoods projects, so it could come in handy.

I’ll be honest with you though, I’m not too well versed in using Wave, so it will be a learning experience as well.