I was going to post this a while ago, but I figured it wouldn’t ever see production. Also, I remember us having a thread filled with small sportscars, but I can’t find it:/ 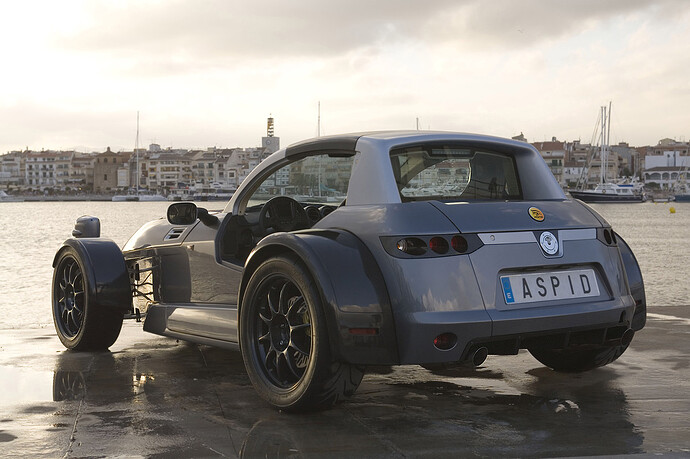 It’s Spanish and it’s called the IFR Aspid. It was developed by some ex-rally engineers and styled by Luke Skywalker, from the looks of it. I love how they kept the classic proportions and concept of a light weight sportscar, but have transformed it into something contemporary. Incredible!

reminds me of a caterham 7.
with a fixed roof.
and scissor doors.

looks like a smart car had s3x with a lego set and an old triumph or something. kinda ewww, but better than most of these things.

WHAT HAPPENED TO WALL-E?

seriously, not that bad. But those headlights! Thing looks like Jar-Jar.

I think the headlights fit the overall look. I’m just happy to see a smallish company make a sportscar that is not a Lambo Diablo with a bodykit.

I want it. I am looking to get a new track car, and if it was at all in my price range (it wont be), I’d be on it. I like how it looks alot like the super 7, but more current. I’d hope that the top is a targa.

a caterham 7 was travelling so fast it plowed into a smart fortwo which was carrying a load of computer speakers. This was the result.

a caterham 7 was travelling so fast it plowed into a smart fortwo which was carrying a load of computer speakers. This was the result.

LOL, that would be a funny animation. That thing is not pretty.

And just when you begin to think that there’s only so much you can do with a given genre, they do the

and the MS8 Streamliner

The Elfin streamliner isn’t so bad (for a 7 derivative) its lines flow quite nicely even if the nose is a little awkward.

The Aspid however looks like someone purchased a 7 and tacked on every imaginable “street racer” body accessory they could find (where’s the huge spoiler on the back?!). I’m surprised it doesn’t have 6" diameter exhaust tips…

73Lotus: The Aspid has a carbon fiber monocoque though. It just looks like a 7, but it’s far from it! 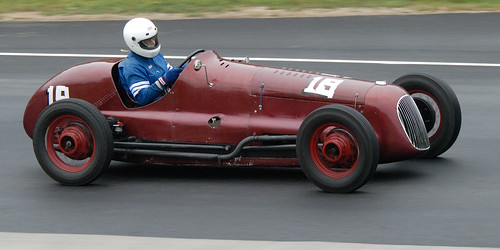 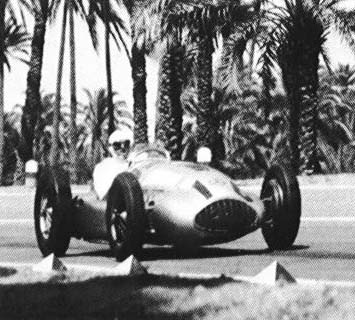 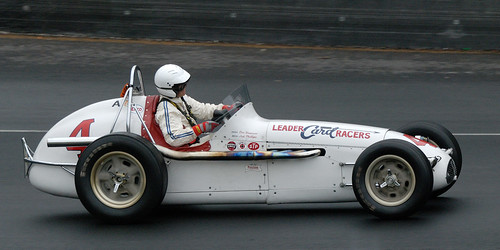 Maybe what we find most attractive about these old cars is their human scale. Being high performance, single seat, minimal vehicles they’re not practical for street use (except for big grins). And when they are converted, to street, they immediately lose their charm. You sure couldn’t offer one for sale as a street machine in these here United States.

The closest we get to the thrill of driving them now if probably motorcycling.

i dunno, go drive an ariel atom. the s/c ecotec version stateside has tons of charm and is unlike any other i’ve experienced.

52 Large was a bit more than I expected, but if I had it I’d spring.

There’s speculation that it will be offered in a 500 hp version… … . just what I need.

Notice total absence of skid marks!!! Hey, there’s no honor in crashing with the brakes on …

But in all fairness, you can’t expect much more on two wheels, although I think I might have bailed off before impact.

When your number’s up, it’s up. That’s why I change my number every morning.