Good design you love to have

Inspired by the ‘bad design’ thread, how about the best designed item you own?

For me, it’s the Kindle. Before I got it, the only books I’d bought in the last 5+ years were design books. The reasons were partially because I was a student and didn’t want to fill up my temporary apartments with books, but also because I didn’t think I had time to read anymore. But then I stumbled on a number of non-fiction book tips and stopped being a student, so I grabbed a Kindle before I left the UK.

My flatmate in the UK had an iPad and it was cool to use, but nowhere near “magical” as Steve Jobs said. The Kindle, with its e-ink screen, however was. I’ve owned one for over a year now and still can’t get over that screen. It’s pure magic every time I turn it on (or rather, perhaps because it still displays while being turned off makes me think it’s magical).

Though it’s “old” now (in tech years, similar to dog years), I don’t crave the touch based Kindles or the new Paperwhite with the lit up screen. The buttons are absolutely perfectly placed, and while I’m holding it, just by squeezing slightly harder with my thumb, I flip a page. I don’t need to move an inch, so why would I want to swipe, having to use my other hand even? And I must admit I haven’t seen the Paperwhite, but I believe that the fact that this screen doesn’t emit any light is what makes it so easy to read. Finally, the slightly greyish color of the screen blends really well with the color of the device itself.

As for the physical styling, it’s fine. There’s no wow-factor, far from it in fact, but on the other hand there’s nothing I really would change either, other than increasing the build quality (I have two hairline cracks in the plastic surrounding the screen at the bottom, and the fit of the buttons and back piece could be better). Turns out, that its the purity of the experience that the Kindle offers me which makes it my favorite design. The wireless store and note taking is just as easy to use as an Apple device, but it doesn’t try to do anything else and I find that just fantastic. The closest thing I can compare it to is actually a gun; it’s built for one thing only, doesn’t care about anything else and it’s damn efficient at what it does.

So how about you? 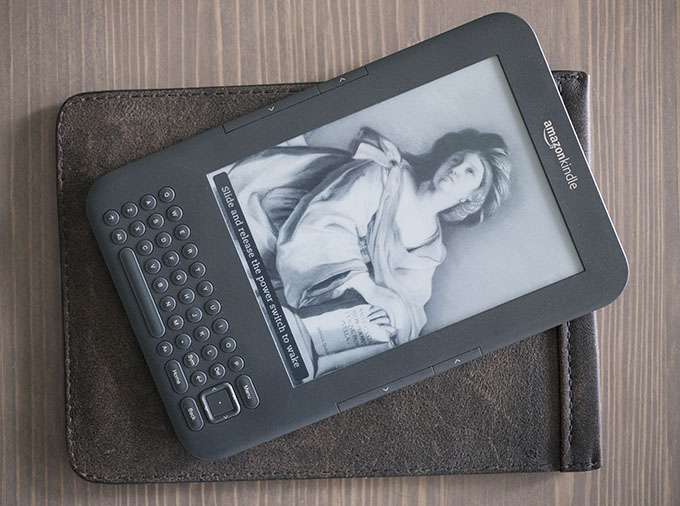 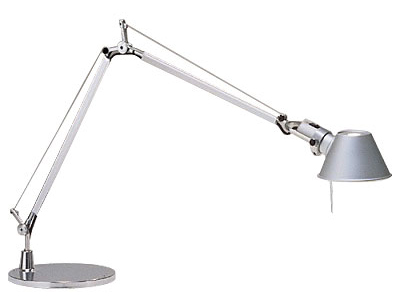 My Artemide Tolomeo desk lamp. It’s coming with me to the grave.

Hmm… perhaps I should rename this thread to “why does it seem more popular to talk about bad design than good design”?

eobet: Good design is like a well functioning heart. You just don’t notice it. When you do, it means somethings wrong.

There was a thread a while ago on the subject, something along the lines off “what did you buy solely based on its design”.
I think you can identify good design if you answer “yes” to the question “If I lost/broke this thing, would I consider getting exactly the same thing tomorrow?”

eobet: Good design is like a well functioning heart. You just don’t notice it. When you do, it means somethings wrong.

But this is a board for designers, unless I’m mistaken. Isn’t it our job to notice it, and understand why it is good?

Good reply. Raymond, I’m not buying what you are selling there.

Although, I spent some time considering good design that I have this weekend. I realized that most of the objects I kept thinking about I would describe as good craftsmanship, not design. Maybe that’s just because as a working designer for 10 years, I am just hyper-critical. I think I do have a problem appreciating design, because I’m always looking for ways to improve it.

Here is an example of craftsmanship. This is a tailored jacket that I had made 3 years ago. The design is now out of date, but I still love it because I have a connection to the designer and craftsman that sewed it for me. 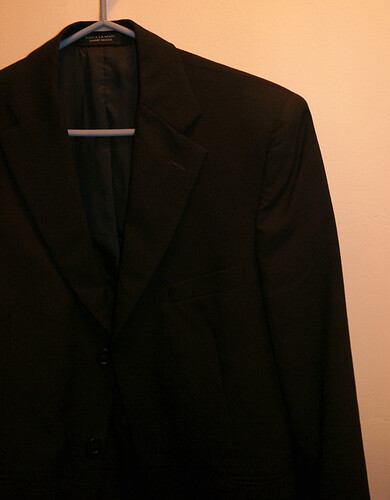 SUIT.jpg547×700 114 KB
Here is my favorite product design ever. Mind you, I rarely use it today. It’s scratched and (inevitably) there were some poorly designed plastic details that broke off. Still, this scanner is as fresh and usable today as it was new. 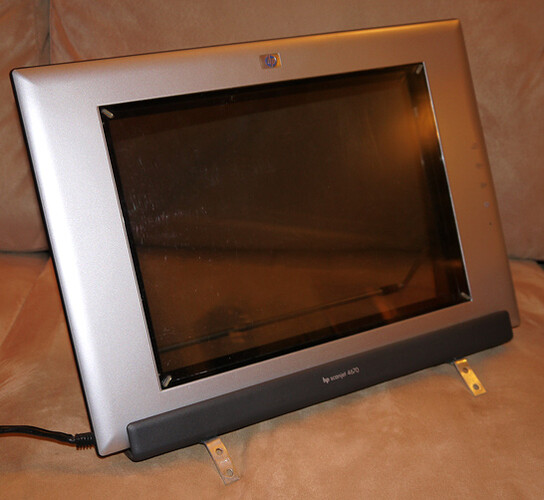 HP-scanner.jpg547×502 106 KB
Last are my favorite designs in general. I love books and these three design books are gorgeous. Sometimes, I’ll flip through them just to enjoy the page layouts! 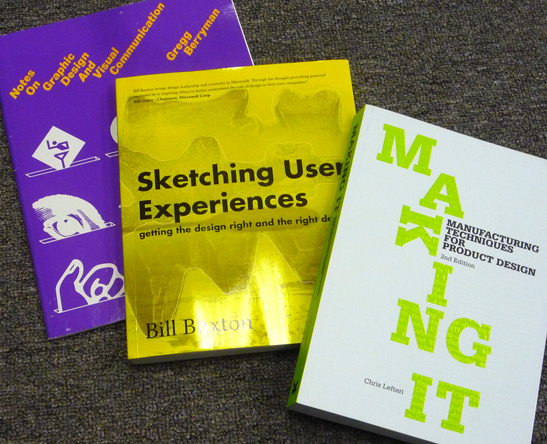 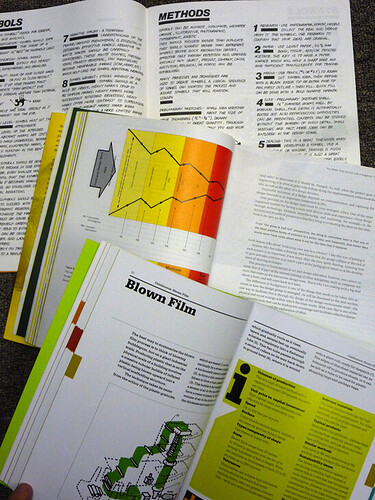 Ray your jacket reminded me of my classmate at Purdue, John Thompson. Our Junior year design final projects were to be presented in the auditorium of Coulter Hall at Purdue. For weeks everyone was working in the design lab on their projects at a furious rate, except John. He didn’t seem to care one way or the other.

The day of the presentation John drew “last” as his position to make his presentation. The thing was, he didn’t have an “industrial design” project to present; no chair, no consumer product, no vehicle concept, nuthin’. What he did present, in true run way style, was a beautiful three-piece wool suit and car coat, immaculately tailored, and sewn, by himself. He accompanied his presentation with concept and detail sketches, sample boards and descriptions of the materials, why he selected them, the types of stitches in the various places in the garment, why they were used, etc.

A total blow away moment for me. I later learned that he had worked in the garment district in Chicago from the age of sixteen.

That was the most useful thing I’ve ever had. Perfect for scanning large documents/sketches/whatever. Pull it off the mount and do what you need to.

Why isn’t there some Chinese company knocking that HP scanner off? I would buy an updated version tomorrow. Only thing that I’d like is maybe a bigger scanning area for larger format magazines.

Yes! If they made a Tabloid version… Oh, man.

OK, this might seem like an odd one, but one of my favorite things I own because of its design is the Rösle Apple Slicer. I used to have an OXO one and after a few years the plastic handle snapped. Something that seemed like a pretty serious flaw. So I started looking into a more robust solution. This Rösle example integrated the blade frames and handles into a single sculptural piece of metal. So it is super strong, will never break, reduces the amount of nooks and crannies you have to clean and is beautiful. For me, it is a very successful design and I love using it 2-4 times a week.

Sometimes it is the small things. 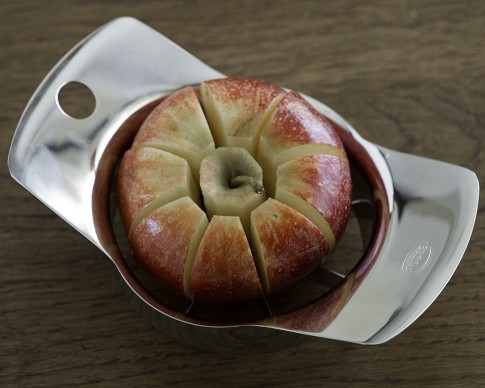 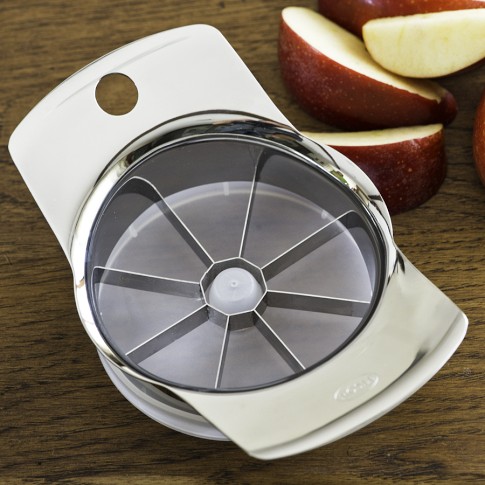 Another product from Rösle, but maybe it’s in the wrong topic… . …

I thought, we were clear enough about “hubless wheels” here, Lew!?

P.S: Or is this the first sensible application, ever???

Those are both cool designs. Weird that their website is pretty average and a lot of the other products seem fairly commodity, imported from China in feel.

In my eyes this wide array of design qualities or the lack thereof is
typical for producers of household goods (at least in Germany).

Whereas I have not worked for Rösle, yet, I did a lot of work within
the tabletop category. Typically those companies evolved out of a production
outfit with tight capabities that fits one category of products, like knifes
or pots, but they want to present a full assortement to get store shelf meters
(most important). So they all have to source a growing proportion of their
product elsewhere. Responsible are category and product managers. The
goal of presenting a coherent design language, that is visible for all of those
items, is simply not theirs. Instead it is tried to wash everything over with
branding and CI measures that graphics design is catering for.

And it is successful to an extend. As the consumer focus is not on the design
details of those products. The Pizzawheel stands out, but trying to seperate
your forks and saladspoons from the competions is near hopeless, if you do
not choose to deviate too much from the traditional forms that are inherited
and expected by the public.

You could always do an Alessi, but this is a different brand concept.

or the Red dot file on them:

As it shows they are working with agencies all over the world and the hubless
pizza wheel was actually done in the USA. (A pizza nation, who’d doubt that!)

mo-i: that is what I figured. Same story for most lighting companies.

That pizza wheel is starting to fascinate me now. I have to buy one if I can find it. I want to know how the blade moves smoothly without seeming to have bearings…

Having freshly ground salt and pepper is awesome, and I love that I can spin this thing in my hands and switch from one to the other. The knobs are cheap and flimsy but I’m pretty gentle with my stuff so I’m not worried.