Anybody else get this mailer from Chicago Athenaeum, advertising the Good Design awards?

Yes, that is the old Soviet version of the Space Shuttle on the cover, complemented by a Memphis bookcase.

Inside the mailer is a pixelated photo of Nelson, Wormley, Saarinen, Bertoia, Eames, and Risom in 1961, sitting on their chairs. Below their photo are photo descriptions of “NASA Space Shuttle (STS) first launch, 1981”.

Who the hell made this mailer, and is this a joke? Its seriously awful. The paper and printing is sub-par as well, and I don’t think they even got the color of the Good Design square/circle logo correct. But calling Buran the NASA STS goes beyond the pale. Absolutely clueless. 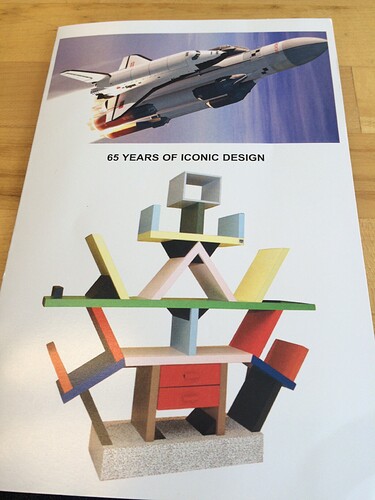 Here’s the inside photo. 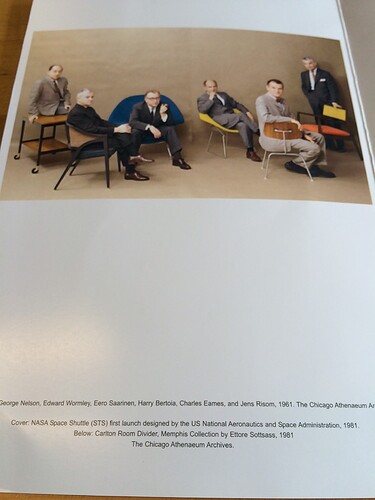 We have received a few Good Design awards from them and I’m always surprised at the quality of the materials.
No real award, just a cardboard fold of their logo.
Poorly photocopied congratulations announcement with pixelated graphics.

c’mon guys, you’re better than that.

I’ve always surmised the best design business is the design award business. Do nothing. Give out meaningless awards baed on nothing. Collect entry fees. Even some of the “top” awards in the biz judge only based on photos not actual product. I gave up caring about these things a while ago.

My takeaway is: if they can’t get the Space Shuttle right, there’s no way they can judge why one treadmill might be better than another treadmill.

It is generally sad, we’ve applied for a lot of design awards over time and I found the one that impressed me the most in terms of depth and quality was the Australian Good design award (easily confused with the Chicago athenaeum Good design above). They had an award ceremony which was bigger than an IDSA conference, a well thought out and documented award process, and all of the design entries were placed in display cases scattered around Sydney during the Vivid Sydney light festival, which gave really great exposure to the general public. Was really honored to attend and win an award.

The rest - yeah I just feel like I’m being scammed for fees. Especially ones like the iF where you win and they say “congrats you’ve won, please send us $4000 euros to collect your reward and get a picture in this giant book no one buys anymore”.

But corporations like them as PR pieces for the external world, so it is what it is.