Few automakers saw more success in the land of the Great Wall than General Motors, with the automaker and its Chinese partner registered 1.8 million sales – a 67 percent increase over 2008 levels. Sales have been so good that GM China’s sales surpassed those in the US in nine of the first 11 months of the year. The General put an exclamation point on a splendid 2009 with December sales that were up 96.6 percent versus the same month in 2008. If only the General could see that kind of success in the U.S. 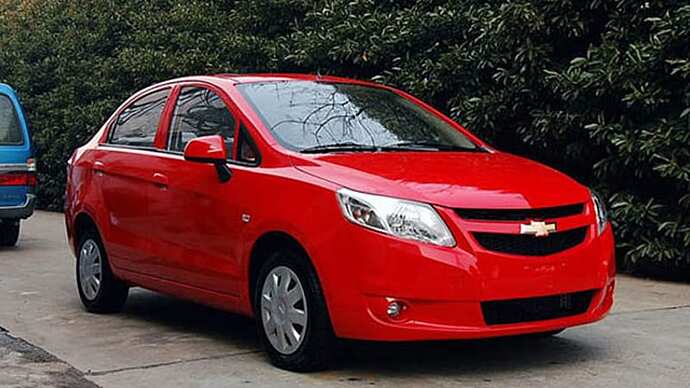 I thought they were just going to import the Chevrolet Spark as is:

The Spark replaced the Aveo (which was a US/Canada only name anyways) in the ROTW. The Spark was developed and produced in South Korea by the old Daewoo company.

That RS is way better than the Spark, so… 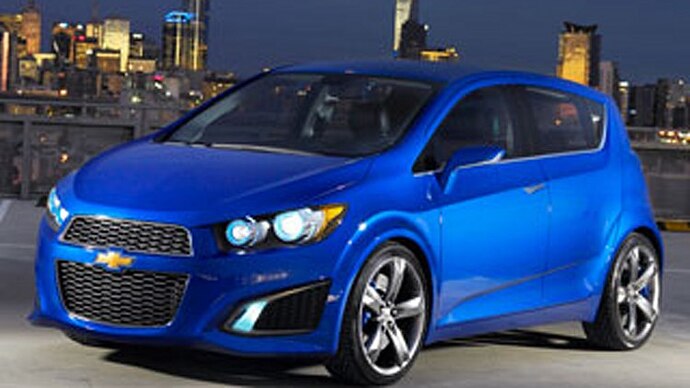 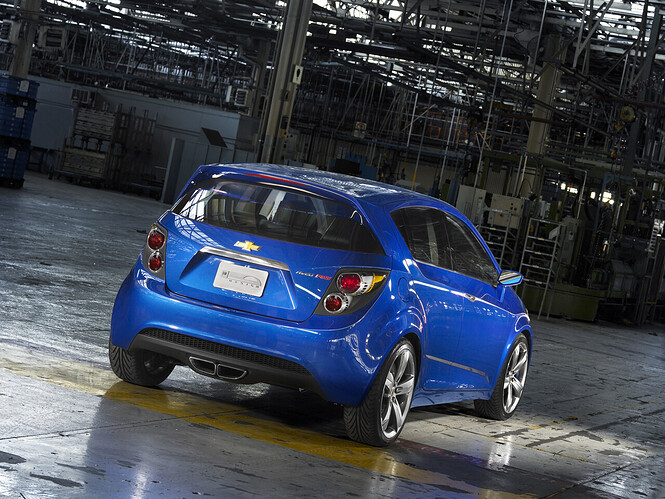 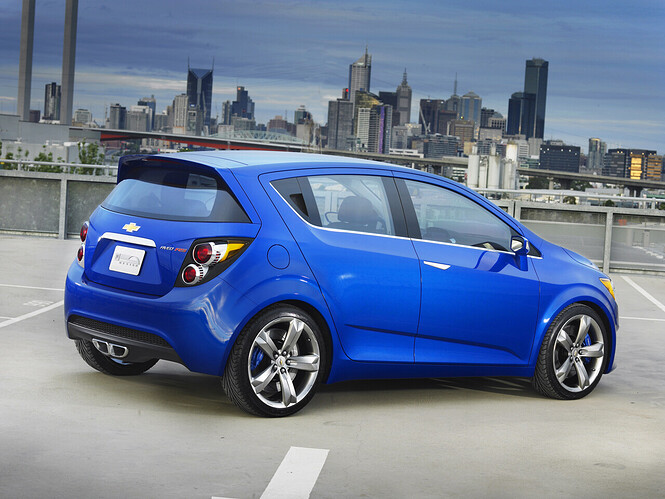 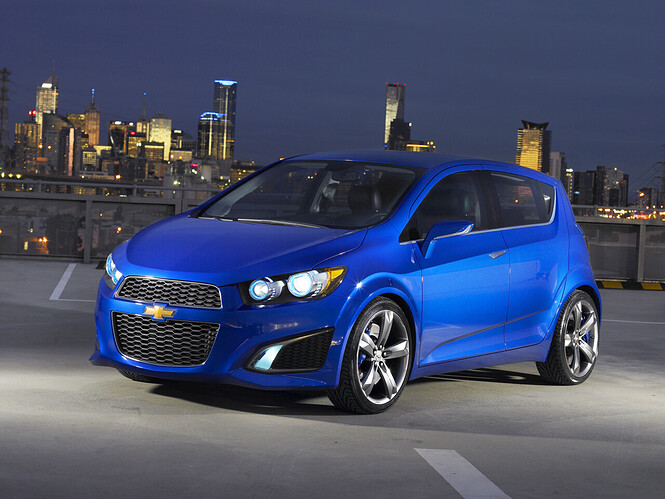 Wow. Easily one of the best looking Chevy’s I’ve seen in a while. Right up there with the newest Malibu.

To me they both look dated already and have suffered from that special Korean approach: lets try to take every element we like in European and Japanese cars and combine them on one car! The blue one seems like a simple fix to give it an American face.

I hope the future of GM lies somewhere else. Sure they will need to change what their doing, but to me its a strange idea that the oldest car producing nation will be “saved” by one of the youngest and most inexperienced! When they first started selling Daewoos under the Chevy name it seemed like cheap marketing trick to me. Maybe I had it all wrong and it was GM USA who where planning to somehow rejuvenate themselves this way?

To me they both look dated already and have suffered from that special Korean approach: lets try to take every element we like in European and Japanese cars and combine them on one car! The blue one seems like a simple fix to give it an American face.

I completely disagree. I wouldn’t drive the Spark, but I really like the Aveo RS. The design language is so much more refined. You are right about the Spark being a hodge-podge of design cues (like the Kia Soul), but I see none of that with the Aveo.

I would historically look towards Germany or Japan for my next car (I love me some hatchbacks) as the US mfgs have been lacking in this segment for a long time. Hopefully that will change.

Yo: I prefer the Aveo RS too. Not much more aggressive, but much more refined. None of the weird kinks and part lines, everything has a certain reason to it.

Note about the Kia Soul:

The three concept cars - Soul Burner, Soul Diva and Soul Searcher - were created by Kia’s European design team, led by Gregory Guillaume, under the guidance of Peter Schreyer. They were developed from the original Soul concept car designed jointly by Kia’s design studios in California and Korea and unveiled at the 2006 Detroit Auto Show.

Even more important is the Chevy Cruze (also half a Daewoo, although this time built in South Korea, Australia, Thailand, India, China, Russia and Ohio). The Cruze leaps forward from the Cobalt in terms of refinement, quality and performance (40mpg highway). Still waiting to see how the public reacts…not bad looking.

How much of that aveo is gonna stay production though? Swrely not those michelin pilot sport tires!

19’s might have a chance though, although 18’s would probably be an adequate option for such a small car.

looks cool though, front end reminds me alot of the new lancer, which i also thought looked cool.

914, the Cruz is an important car. I hope this finally puts the Cavalier/Cobalt to bed! Sure it has a couple of A6 cues in the greenhouse and the way the crease line under the belt line drops down to the headlamp, but those are damn good cues. I like where it is going. Bringing premium design to the masses. Sometimes you see a Saarinen inspired table at Ikea… 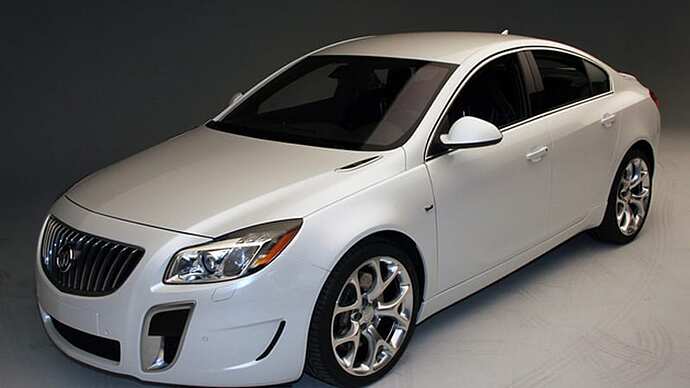 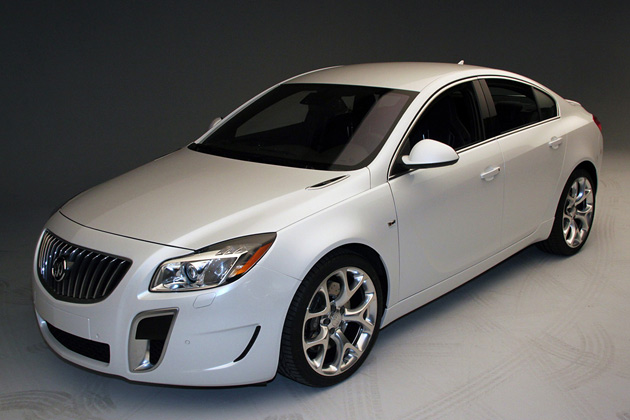 Sometimes you see a Saarinen inspired table at Ikea…

thanks for the chuckle yo … .

A while back (a long while) in the Death Watch thread, I posted my hypothetical lineup for GM. I, of course, ditched Buick altogether. Having said that (with complements to Larry David), the Regal GS simply must be produced. There’s really no getting around that. Honestly, who thought Buick was going to come out of this mess with the better face? Cadillac had it going for them already, they just needed to ditch a few SUV’s, but Buick is really coming out ahead here.

A more focused offering is a more powerful one. With less brands to compete against one another, they have the ability to make each one unique. Honestly, I’ll miss Pontiac in a way (Solstice especially, and all that heritage) but it was the right thing to do. Saturn I don’t think will be missed in the long run, the Astra was fantastic, but if it was a Chevy it would not have mattered. Saab wasn’t doing anything for them (I say that with love, as I love Saab), Hummer was becoming a PR deadweight.

Not sure if that is there plan but, much simpler and no one steps on anyone else’s toes.

Yea i really like the new regal, and i hope that badging this one GS leaves the door open for a more potent GNX! 294 ft/lbs is nice but the 255hp in a 4000lb+ car isnt gonna be chasing down some of the other performance models… hey if the American versions of these cars cant at least claim the fastest 1/4 mile time in their segments then what have we really gained??

I like the new GMC granite as well… i would like to see a gmc step their range out just this little bit. I like the idea of fitting a bike in the back without having to take the tire off, and its still not huge. 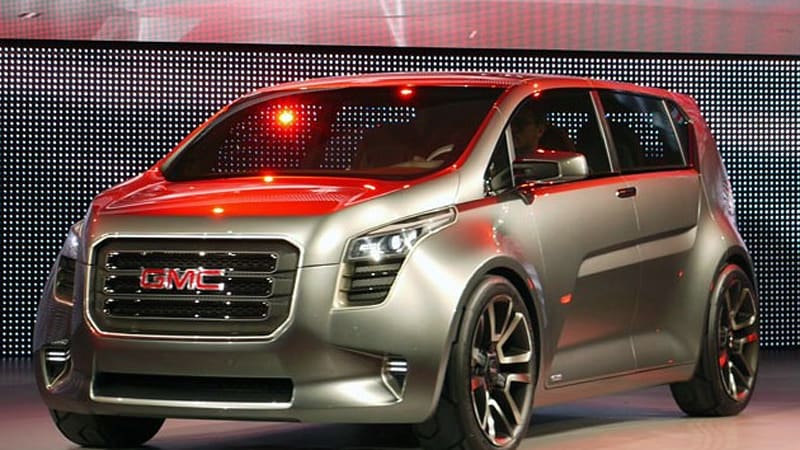 That Granite concept is total hotness. I don’t even care that 20" rims with tiny rubber tires are completely impractical these days. It’s a beautiful concept. I also love that there’s no B pillar and you can get in the way back from the rear doors. Nice. 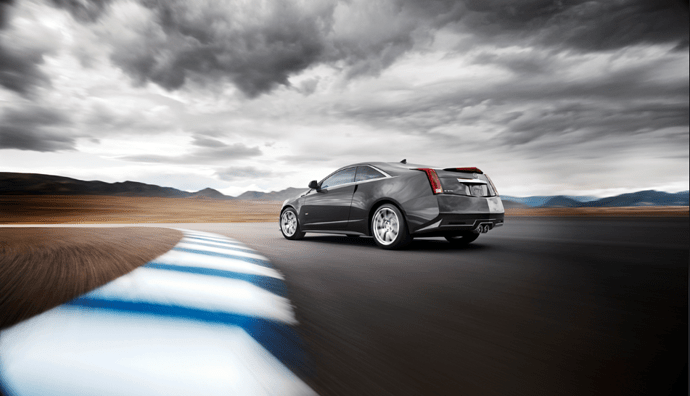 That Granite concept is total hotness. I don’t even care that 20" rims with tiny rubber tires are completely impractical these days. It’s a beautiful concept. I also love that there’s no B pillar and you can get in the way back from the rear doors. Nice.

Agreed, that thing is nice! Did you see the interior? Super nice. The Caddy XTS is pretty good.

The interior is great, every thing about it is great. I’m also glad they used the GMC badge instead of Chevy. They’re heading in the right direction.