as everyone knows, all designs wear cool glasses. just wanted to post my latest pickups and see what others may be wearing. 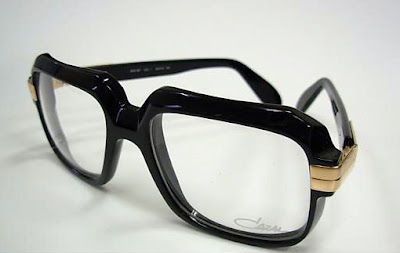 or this (also not me) 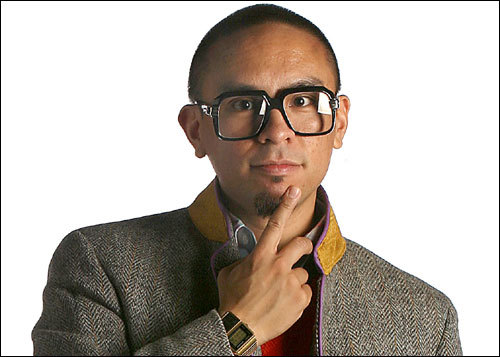 and have these as well GUCCI sunglasses, (something like these, oversize aviators , but a little more square, but couldnt find the pic) converted to prescription with a light blue tint gradient- 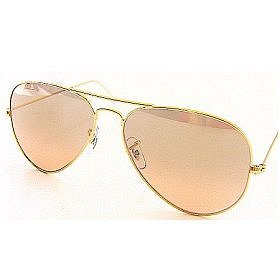 and a pair of ici! berlin (wicked one piece stamped metal integral hinge type, amazing design/engineering!) something like this-

not to mention the loads of sunglasses…im a sucker for accessories (watches, bags, glasses, shoes, etc.)

I have the unfortunate and somewhat rare affliction of 20/20 vision. Can you suggest some exercises or simple surgery to correct this for me? I’ve already tried reading books with very small type, sketching wearing two fisheye lenses strapped to my face, and watching TV with my nose pressed to the screen, but none of it seems to work. I really feel this is holding me back from making serious progress in my design career - a glasses ceiling really

the glasses ceiling, thats very clever, I like it.

these are mine, nothing too exotic, your standard issue ray ban, I did mine in blue to match my swatch and puma’s.

Can you suggest some exercises or simple surgery to correct this for me?

Blow out a large wax candle a little too close to your face, and let the wax get into your eyes and harden under your eyelids. That’s what worked for me! My vision was great before that happened.

I’m due for a new pair, I’ve been rocking these for a few years now. (only in Black)

They’re strikingly similar to ici! Berlin because a guy from ici broke away to form Mykita (or the other way around… either way)

I have the unfortunate and somewhat rare affliction of 20/20 vision. Can you suggest some exercises or simple surgery to correct this for me? I’ve already tried reading books with very small type, sketching wearing two fisheye lenses strapped to my face, and watching TV with my nose pressed to the screen, but none of it seems to work. I really feel this is holding me back from making serious progress in my design career - a glasses ceiling really

thanks for the laugh.

i alternate between my:

in the sun it’s the good old raybans

nice. those vintage or new?

My uncle is an optomotrist and when i first needed glasses about 15 years ago he went in to his basement and pulled out a box of old frames that his customers had just left with him over the years when they got new ones.

I immediately found both the zyloware and shuron frames, he filled my prescription and i have been wearing them ever since upgrading the lenses as needed.

at one point during an impromptu wrestling match with some friends the original clubman frames were destroyed but fortunately they are still making them in the U.S. and i was able to order a new pair, although i had to special order the temples to accommodate my massive head.

The Ray Ban Cop Goggles are new but just as classic.

I have a pair of the Victors in Smoke color. They are just slightly oversize. Subtle. The frames are smoked acetate with aluminum sides.
I alternate between those, and a pair of Aero Kilos in the Forest Park color, I like the construction on them, they have a metal frame laminated n between sheets of plastic.

My third pair is from a Danish company called Pro Design. I like the silver/green combo.

Then I have a pair of perscriptionized Spy Hielo’s for the sun.

I hate my glasses now. If i were to have any other pair it would be these by Jacob Jensen.

I actually hated wearing glasses and had my eyeballs lasered. I agree they do give off some kind of a more cultured image, but the inconvenience just wasn’t worth the image. I can’t even wear shades.

i hate having to wear glasses too, but i’m a little unsure about the lasering…is it any good?

I haven’t been able to find a pair of shades that looks good on my face or that don’t make me look like a jazz musician. Luckily I don’t need glasses but I would like some shades but they all make me look like a fly. I’ve only found one pair that look good but they are $5 cheapos so they’re probably doing more damage to my eyes. I’ll have to find out who they’re knocking off.

i’m with ya skinny, i can’t find a pair of glasses that look good on me, at least ones that aren’t from my small town optometrist that look and are cheap.

Hopefully when my insurance allows me i’ll get these pair

I absolutely love my Ã¶rgreen glasses from Denmark.

G Harvey: I love those too! Cool detailing. I love the bend on the arms too.

Yah the only thing the picture doesn’t show well is that the inside is neon pink. But hey it’s just on the inside

I know I’m manly enough to sport a little pink on my glasses.

Me …I have got a pair from Mykita “Jan”