Scott suggested that he believes Volvo is concentrating more on designing cars for women. I’m curious what everyone thinks are cars for women. Now, I know that this is an opening to see the normal stereotypes of the VW New Beetle or Miatas, but those are obviously niche cars. What I’m more interested in is the bread and butter: mid-size cars, small SUVs. Do women prefer the Camry or the Accord? No difference? What is it that attracts women to certain cars?

My first car to add to the list is the last generation Honda Civic. I do know that Honda concentrated on growing their sales to women with this car and indeed, they did. I guess this might be suggested by the big turn that Honda took with this Civic. Gone were any sporting intentions: the car growing in height, getting rounder, the ends being more blunted. I have no idea if their strategy has continued.

Without question, the Volkswagen Jetta. At least from model year 2003 to Present.

19 times out of 20, when I see a Jetta on the road, it’s being driven by a girl in her mid 20’s to mid 30’s, alone w/ trendy sunglasses and fashionable attire. Generally Black, Red or Silver (now White with the new body style). 15 of those 19 bought it because it’s “So Cute!”

I don’t imagine the designers of the Jetta had women in mind when they designed it. I do like the Jetta and would own one if I were so inclined. However, at least in my neck of the woods the Jetta is the car for the young professional woman. Probably the first car she bought with her new job right out of college, too.

Another might be a Subaru Outback, simply because of the association to your sterotypical hippy lesbian, but I disagree with that on a variety of levels. I really like Subaru’s.

Funny when you try to type the L-word for a woman who digs women, you get squirrel substituted.

He’s right about Volvo. Because of the monstous road work this year, I’ve been forced to drive on the interstate instead of my usual preferred route thru the backstreets of the harbingering urban landscape. It cuts straight thru arrivista-land, and everybody driving their Volvos seem to be female. Others I’ve encountered are the mazda5 & kia rondo (are they the same car?): 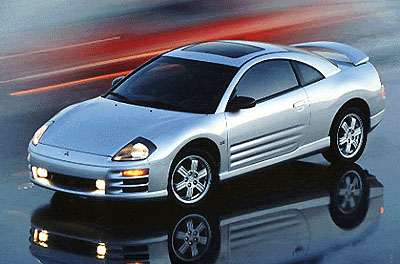 I must be girly, because I like most of these cars - the Jetta is very nice, and the Mazda5 is as s3xy as minivans come. What defines a girly car? To be honest, I think many cars classified as girly are generally better designed than most - they are more refined and look friendlier.

I’m surprised no one has mentioned the New Beetle or the Yaris yet. Possibly because they are so obvious? Yet, these are some of the friendliest, nicest looking cars in their segment out there, IMO. I think I like the Yaris so much because it looks like a friendly Renault or a Citroen. 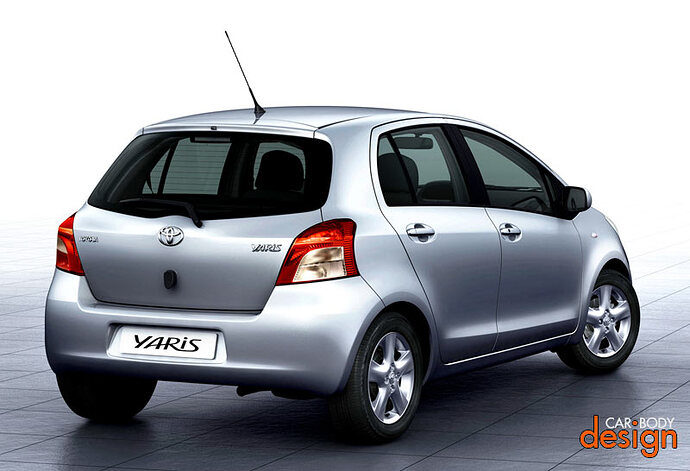 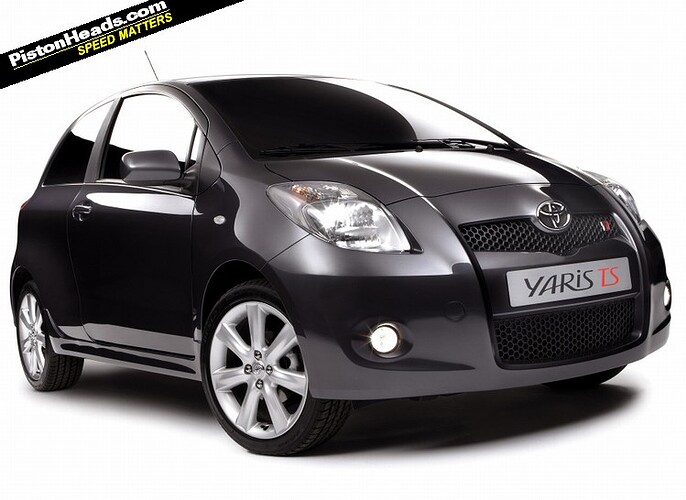 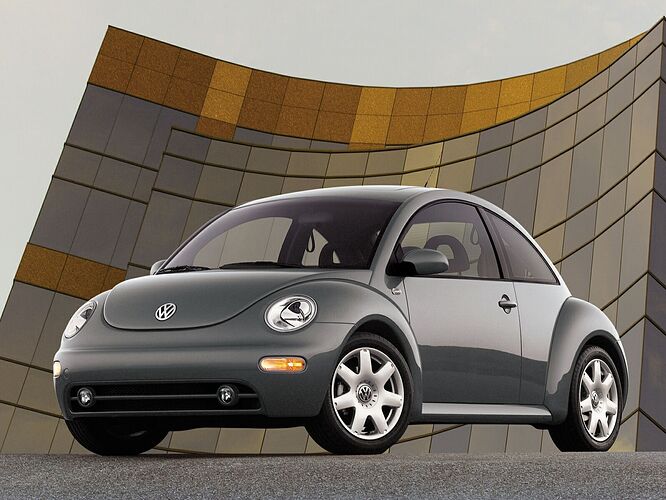 Volvo is probably the first company since the 50’s to launch a concept car expressly aimed at women: 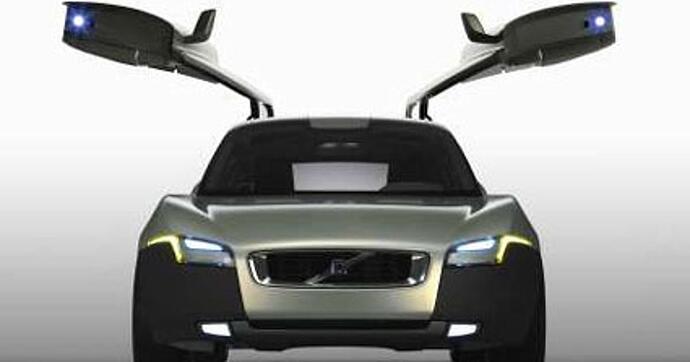 Volvo's 'Your Concept Car' (YCC) is a concept vehicle designed by women for women. Conceived by Volvo in June 2002 with a view to targeting the most demanding premium customer, the independent professional woman, the YCC was presented at the 2004...

None (?) of the features in that concept have made production, but I believe it has been a conscious decision for them to pursue independent female customers since then. To me the XC60 seems particularly oriented toward women.

We’ve offered up a few cars that we think are girly, but what makes them girly?

Cameron says if they look refined and friendly, they are more female oriented. Is that it?

We’ve offered up a few cars that we think are girly, but what makes them girly?

Cameron says if they look refined and friendly, they are more female oriented. Is that it?

I think more than refined its the form language: All those cars above have “bubbly” and rounded proportions, no real harsh edges or defining features that makes them less aggressive. The Yaris and Beetle in particular are extremes of this language, making them look almost like toys.

They say that female forms are more enclosed, which may be a geometric attribute, and receptive, which may be a more subconscious or physiological response. I suppose the egg shape would be more girly, but this doesn’t necessarily mean only women are attracted to it. Men may be moved toward some maternal quality or attracted to the seductive symbols.

All I know is, at least where I live, I only see dudes driving Yaris’s. Maybe there’s something Ahab-like in the name, but now that I think about, this could be girly too, in a lilith fair- sense.

I may offend someone with this, but to me a typical female yuppie car is…

Classy, small, semi-aggressive and some sprinkled cuteness. But in the end it was mostly purchased for the badge.

From my personal experience, It seems that females here in the uk often dislike the traditional 3 box saloon proportion. they appear to dislike any ambiguity regarding where their car physically ‘ends’ when reversing into spaces and the like, and thus the protruding trunks seem to interfere with their sense of space.

. . . these hatch back mercs seem to attract professional female types around here. 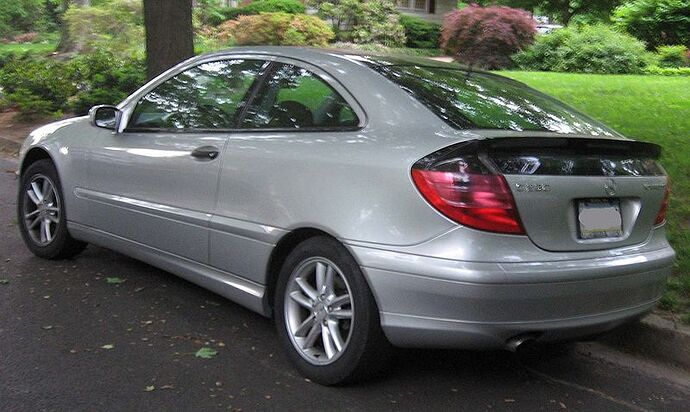 There is a male programmer that I work with who drives a Mercedes hatch. Perhaps region has as much to do with these choices as sex? Can an american guy car be a euro-chick car? hmmm…

I thought New Beetle immediately. The VW Cabriolet makes me think of a car with several girls in it too.

Smaller and extra designerly cars read a little girly to me, especially with certain vibrant color like lime green. The Mini Cooper seems a bit that direction, though that might be just because I don’t seem to fit in them very well ;-( . Miata’s too, though my wife had one too and I liked driving it

A transpo friend made a big deal about SLK’s being girly once, which stuck in my head. not sure I agree, but I’ve heard it said

There is a male programmer that I work with who drives a Mercedes hatch. Perhaps region has as much to do with these choices as s3x? Can an american guy car be a euro-chick car? hmmm…

Hmmm indeed. I was going to post the SLK but felt it was way to obvious. Guess not then.

What are the typical American mid-size girl-cars then? Do they exist? No US cars have been mentioned so far. Mustang cab?

From my personal experience, It seems that females here in the uk often dislike the traditional 3 box saloon proportion. they appear to dislike any ambiguity regarding where their car physically ‘ends’ when reversing into spaces and the like, and thus the protruding trunks seem to interfere with their sense of space.

. . . these hatch back mercs seem to attract professional female types around here.

Just a side note:
The back ‘trunk window’ of that Mercedes looks similar to the Prius. Was it the same designer or, just used as inspiration? 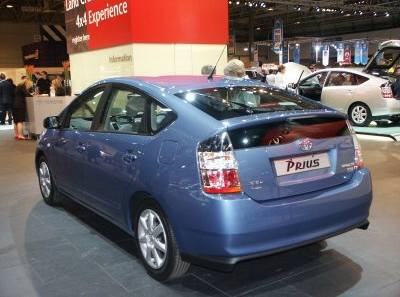 Thanks for the info.

I guess I’ve turned a blind eye to price sensitive cars for the past 6 years. 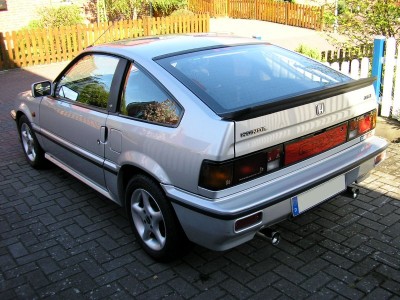 the double rear window is quite interesting…even more when they include the tail lights,
Maserati Khamsin (1975, Marcello Gandini, Carrozeria Bertone)): 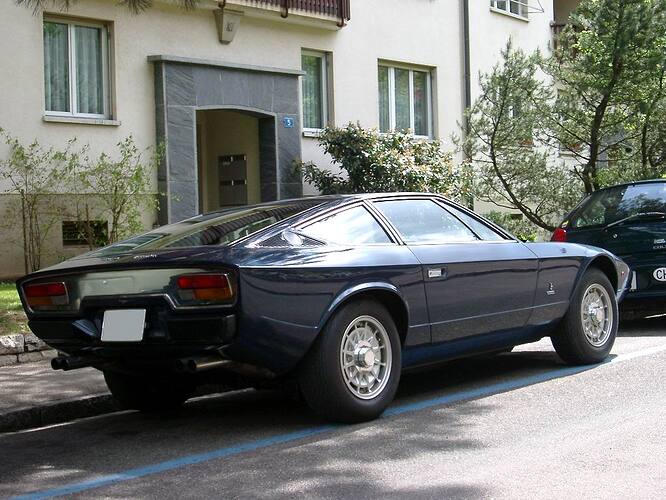