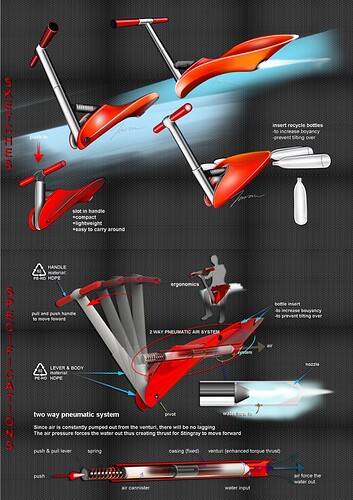 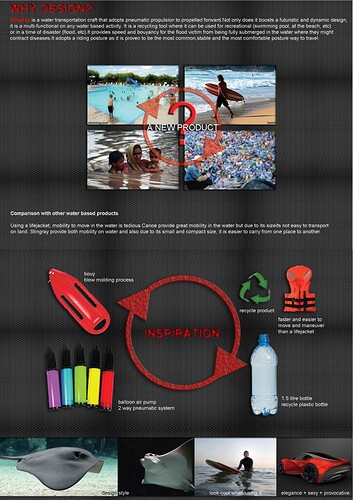 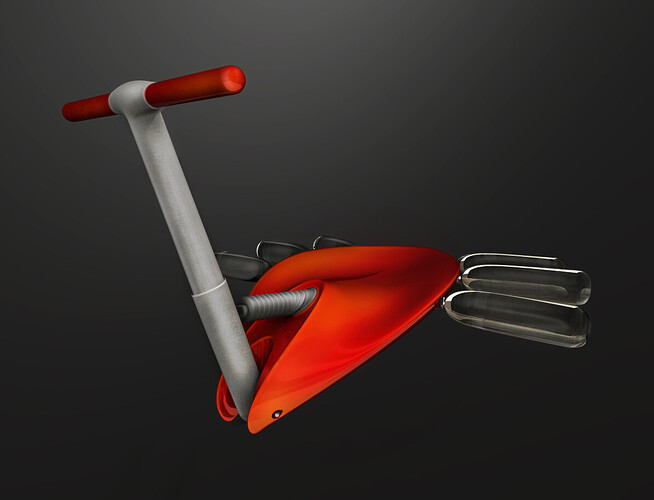 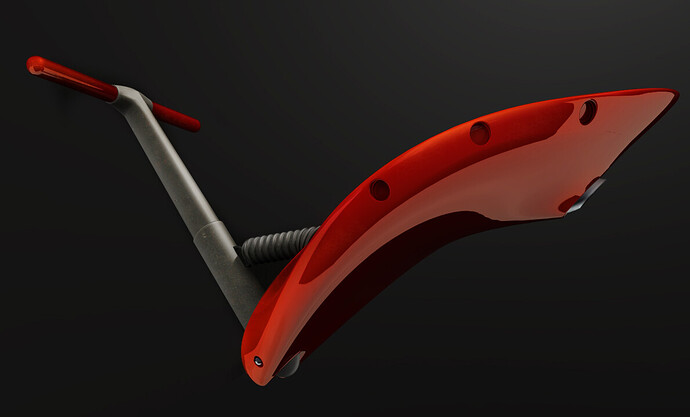 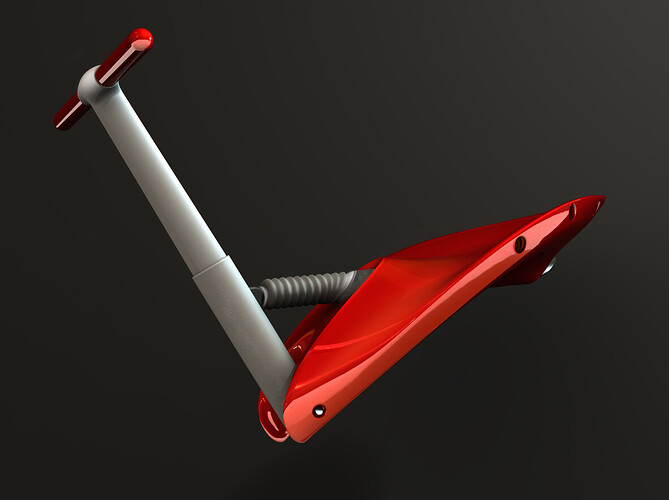 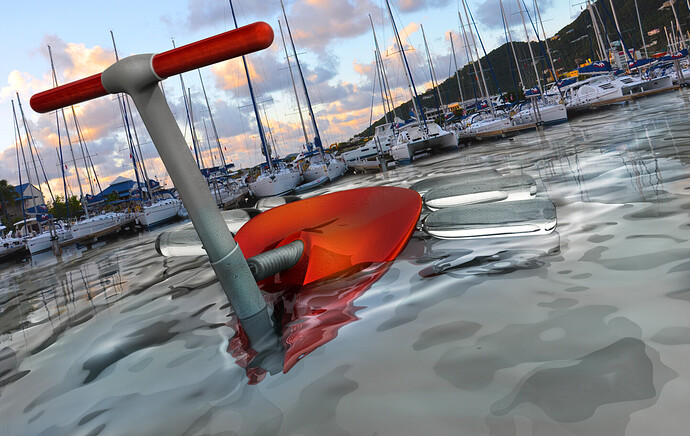 Ok I’ll take the bait and ask the question:

HOW ON EARTH DOES THIS FLOAT?

Or the reverse, frozen water.

anyway,
its a blow molding process, so air is trap in the stingray itself…
secondly, the empty water bottles (air trap inside) enhanced the buoyancy and the stability
thirdly, the concave seat at the rear create buoyancy effect too…

and if everything failed… time to lose some weight

If you’re still working on this project (not sure if it’s a class project you’re already done with) I would try to come up with a way to get LOTS more bottles in that design. If the bottles are your main way of creating buoyancy, you’ll need more like 30 bottles, not 6. Maybe they’re contained in a net? Not sure.

I do like the shape of the seat, very cool and sculpted, so keep that element in there somehow. This could be something you revisit when you circle back around and start re-vamping projects for your portfolio. The kernel of the idea is there, it just needs some more development.

Sorry, one more thing. You might want some sort of footholds so you have something to brace yourself as you pull backwards.

Great idea. It would sell well as a “rental property” for the resort market.

HOW ON EARTH DOES THIS FLOAT?

Use enough polypropylene in it and it won’t have any choice but to float ( specific gravity of .90 aka: lighter than water.) And the seat is blow-molded. Floating is ezypeezy.

That said, I think you biggest draw-back, literally, is going to be the hydrodynamic drag on the rider’s legs. Having an essentially “round” cross section they will create more drag than a faired shape (drag coefficient of almost .50 vs. faired shape of .04).

Redesign for elongated shape with prone riding position, aka: surfboard?

Okey, let me paraphrase it:

What is the maximum weight of a passenger, if this thingy is filled
with polystyrene foam. 10 Kg?

Okey, let me paraphrase it:

What is the maximum weight of a passenger, if this thingy is filled
with polystyrene foam.

How would I know, that would depend on how Schnitzel and Spätzle he’s been packing away wouldn’t it?

It would also depend somewhat on how much of the rider’s body is above the waterline (since we’re roughly 98% water ourselves). I don’t know mo-i, maybe this thing is only viable in the Dead Sea, or the Great Salt Lake … …

I’m in a mood tonight… … label me smart ass.