Gas prices spotted in your neighborhood. 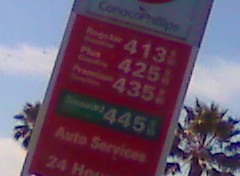 $4.99 in Chicago. Although I rarely notice since I don’t have a car and only ride trains and bus’s. It’s so nice not to worry about gas prices.

Now I understand why all the “high gas prices” talking points crap has been on the news. It’s still about $3.10 here, same as it’s been for the last year or so. How does that work?

How many of you guy have to runn premium? I love my care but the gas is getting crazy.

Wife’s CLK runs like a tractor if we don’t use Premium… it’s getting parked and she’s going to be driving the '88 Ford Escort for awhile. My trusty old '73 BMW motorcycle also prefers the higher priced juice … not much I can do about that… it isn’t going to get parked.

Finally the gas prices (for premium) are high enough to make my boss think
about trading his 750i for a Diesel 5er. Which is rather a positive seing even
the upper 3% start thinking about their Cayenne or whatever guzzler they run.

Now I understand why all the “high gas prices” talking points crap has been on the news. It’s still about $3.10 here, same as it’s been for the last year or so. How does that work?

We get gas from a pipeline in Canada here in Minnesota, supposedly. I’m sure it’s a supply and demand thing in Denver keeping costs down. Denver and Minneapolis are almost exactly the same size, so I’m not surprised to see the similarity.

Luckily I don’t have to drive my gas guzzler of a truck while in school. 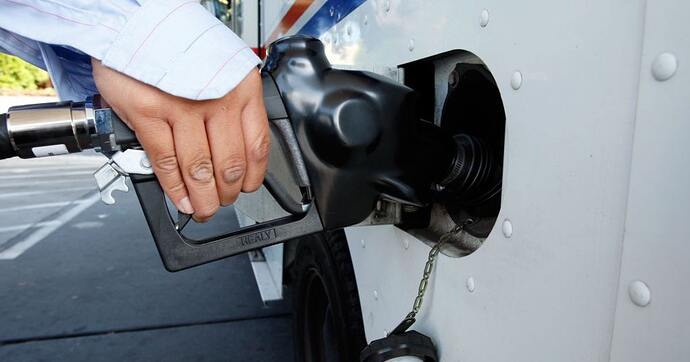 As gasoline prices soar on the coasts, less expensive crude oil from Canada and North Dakota is easing the pain for Minnesotans.

I thought it was hilarious the debate over the Keystone XL pipeline. There are pipelines all over the US mid west and south (OK, TX). Only this new one is going to be dangerous for the environment? Com’on!

On the other hand, it seems like those greedy canucks want to export their oil out of N.A. and are looking for a seaport. Obama should have used that as his reason to delay (it’s going to come back, don’t worry) the pipeline. Would have worked with both sides of the debate.