Yeah, I’ve seen a lot of comments on GSMArena and other sites that this phone might be ugly. 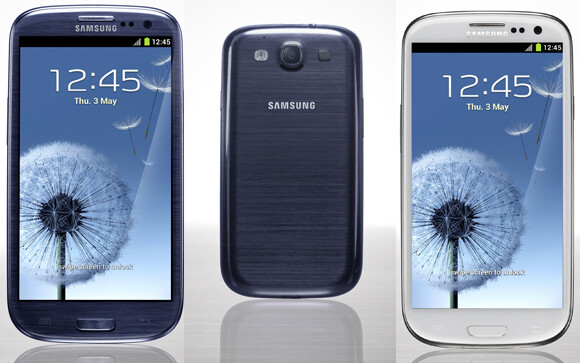 I personally will take a risk - I gotta say that it’s not ugly, but it’s design doesn’t impress me at all, it looks quite boring and doesn’t impress at all. Taking into consideration Samsung’s marketing strategies for it’s Congress, it really reminds me a lot of a rock.

My initial thought is that is looks a bit dated and the shape of the phone (the outline) as seen from the front really clashes with the shape of the screen. The design really doesn’t feel well balanced with the current rounding of the corners. This has been done better before and as long as the rectangular screen will be a dominating element they should have given this more consideration in the overall design imo. Still, I suppose this “issue” is more prominent when seen straight on from the front.

I haven’t seen one in real life myself, but initial reports indicate that it feels a bit cheap.

I think when people online say that phone is ugly, they really are saying that it’s not on par with the likes of the iPhone4/4s and the Lumia 800/900. The phone certainly isn’t ugly, it’s just generic and, like you said, unimpressive. They talked a lot about nature and how that inspired the design of the phone, but I’m not actually seeing it reflected in the hardware outside the silly coating they put on the phone. Just making it soft and rounded doesn’t make it like a pebble.

That Palm was pretty nice. The original prototypes were even nicer… things happen…

It finally all came together with that one.

I had a fire sale Touchpad very briefly. (stolen and replaced with a ipad). What a great OS that was.

I like palm’s but I would never buy one.

The S3 looks like its a few years old already, its just beige

I had a fire sale Touchpad very briefly. (stolen and replaced with a ipad). What a great OS that was.

I got one of them Touchpads too, what a POS that is, even if it only cost me $100. I wish someone would steal that from me too.

Apple has filed a suit to ban the sale of the Galaxy S III in the U.S.