I was looking at afforable alternative to SW (their pricing is ridiculous ) at now look at fusion360 and onshape.

my main concern is a decent surfacing capabilities ( at least at SW level) and also some parametric tools.

Is anyone here already using fusion360 or onshape for their daily CAD? any thoughts?

I tried it, but it still needs a lot more work before it will replace solidworks for me. Main problems are 2D drawing related.

At work we are looking into it for replacing are current collection of 3d software. From the demo I saw and about 20 minutes on the program it seems quite powerful. It has different work places with different setting that allow them to seamless go from one to the other. One of my co workers has put sometime in to the program he was a big solid works user and likes it a lot. For ID people I feel like it could be a great program. The sculpt environment is very powerful with Class A surfacing as the standard in that section of the program. You can create some amazing forms very fast with it and then integrate it with more standard CAD functions. I will be trying the program out on a up coming project and I can let you know what I think.

Seems pretty legit to me. I am currently learning the software myself. I was trained on Alias Automotive so some of the platform is familiar. I find it pretty intuitive. For all the capabilities, it is a steal for the price.

I have it installed it and keep looking at it pretty seriously. I like what it does with a couple of serious caveats. Since it’s cloud based it feels a little slow even with a very fast internet connection, and, more serious for me is the lack of a sketch helix (seems odd not to have it). I create glass and plastic bottle neck threads and it to do it in Fusion 360 requires a real kludgy workaround. The automatic thread function works perfectly well though if standard thread profiles work for you. It’s certainly not yet a competitor for Solidworks.

FYI, I just received the following email from Autodesk – this is a good deal!!

I want to make sure you’re aware of this incredible offer. On July 12th, Amazon is offering Autodesk Fusion 360 at just $25 for a year subscription. This is a savings of 91%! This is the perfect time to get Fusion 360 subscriptions for your entire team.


Fusion 360 is 3D CAD reinvented. Get industrial and mechanical design, simulation, collaboration, and machining in a single package. Built for teams, Fusion 360 connects your entire product development process and works on both Mac and PC.

This amazing deal allows you to get the first tool of its kind – an integrated, complete product development platform – at 91% off. This is only available for 24 hours on July 12th via Amazon.com https://www.amazon.com/Autodesk-Fusion-Subscription-Trial-Available/dp/B00WGXGP5S Prime Day.

I’ve been using it for about 6 months now. It has a few quirks and is quite annoying on a 4k screen, but is a step above sketchup and a step below solidworks. In development is a sheetmetal tool for making folds.

Check out a guy running a machine shop with it on youtube, NYC CNC. https://www.youtube.com/user/saunixcomp

He’s a real big advocate for it and makes it work well for himself. He’s not shy to show you tips and tricks.

Is it possible to make good surfacing ( for product) using t-spline?
everything on their sample gallery looks uncontrolled form , jell-o like

First I have to say that Solidworks has been the exact same price since day one. To say " their pricing is ridiculous" seems a bit odd to considering everything that comes with the software. Though one could argue that you might now use all of the different aspects. If it’s outside of your budget then that’s another question.

Now to the real point of Fusion 360… these guys at Autodesk literally just copied pasted SW features and put them into Fusion. This is neither good no bad just is… pricing wise it can’t be beat outside of OnShape. If it’s about surfacing then t-splines in Fusion is unique in the CAD world. Though don’t forget about Solidworks Industrial Design. A paired down version of some functionality from Catia. The additional items offered by Fusion (i.e. CAM, FEA…etc) add a nice touch.

What I will say about CAD software that’s trying to be Polygon/Sub-D modeling (though that’s not exactly what t-splines is) has not been done that style of modeling justice. It’s not exactly horrible but they just don’t do it right. When you look at software like Maya, Modo, zBrush, 3D Coat and the tools built in their it just lends itself to a much faster workflow. Things like edge weighting, pixar subD, 3D falloffs… lets just say that CAD software still has a long way to go.

agreed. The truth is the more expensive the software the more you as a designer gets to charge. + we are often beholden to the manufacture you work for. What software do they use is what our deliverable should be in. No matter how cool a new package seams to be it’s often an uphill road.

As far as proving form. ie. you are sculpting to come up with a new iteration… using T-Splines or another Sub’D modeler… those tools can be great. Often those forms need to be remodeled w/ traditional tools so that changes can be made thru to engineering production. Just be sure to include yourself so the engineering teams dont loose site of the forms if they chose to remodel your concept.

SolidWorks price is ridiculous, it always has been. £4,800 outright plus £1,200 a year for updates. £6,000 upfront cost is just too much. Not that I would want increased yearly cost but they really need to move to a £200/month subscription model and they’ll see usage explode just like Adobe did.

I don’t know why cadjunkie has avoided mentioning Power Surfacing for SolidWorks in his list but it is practically the same as T-Splines so I don’t see why T-Splines is unique in the CAD world.

So we converted at work to Fusion. I just used it on a project for the first time. I loved it! It is a great blend of programs somewhere between Rhino and Solidworks. Very easy to learn and very quick to iterate in. I was working on a handle for a project that I am doing I built some yellow foam form studies then I took them in to CAD. Producing complex shapes for a handle was very easy. This is a simple project but I am just starting out in this program so I wanted something to learn on that would not over tax me. It built very clean models and I could build a lot of them for example I built about dozen iterations. There backend sharing system is pretty cool. We used that pretty extensively on this project because a lot of the team was in Asia and was the best way to share the work with team. Over all I would say I am very excited about this program. It does have some glitches and quirks. But I would say that all programs have that, and this one shows some very good promise to be one of the best CAD programs for designers due to its flexibility and cost.

If anyone has questions…let me know. I am a 17 year SW user/teacher now on the Fusion360 Education team.

If you want to learn more, check out this terrific line up of speakers for this free on line event. Learn Fusion360 and hear from a range of speakers. 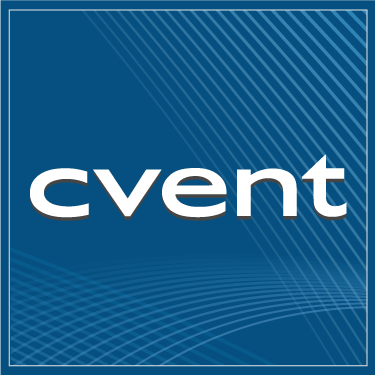 The future of making is here, bringing with it radical changes in the way things are designed, made, and used. Learn about the latest trends in 3D printing, the world’s first AI (artificial intelligence) car and how to keep up with accelerating...

F360 now seems to feature sheet metal tools as of this summer.

I was thinking the fact that it’s currently free for individuals and companies generating less than 100k/year might make it interesting for side projects and small company work, considering it has professional stuff like CAM tools in it. I think they consider themselves being the underdog to Solidworks, so giving out free version to small companies / startups / individuals is a clever marketing strategy for building user base.

I agree Proileri. I think that it is great that they are thinking about the little guy. I believe there are a lot of people out there who want to start designing or have ideas but are unable to because they can’t afford descent 3D modeling software. This is their foot in the door you can say, and with it being so similar to solid works it will help professionals take them more seriously.

I agree Proileri. I think that it is great that they are thinking about the little guy. I believe there are a lot of people out there who want to start designing or have ideas but are unable to because they can’t afford descent 3D modeling software. This is their foot in the door you can say, and with it being so similar to solid works it will help professionals take them more seriously.

I was actually thinking a couple of of my friends just now. They are starting a small jewelry/whatnot shop in their basement, including some wood products, and mentioned how expensive SW would be for their tiny company. The fact that Fusion is free for them and included CAM stuff would be perfect for their use, especially if they want to set up a small wood CNC

I was actually thinking a couple of of my friends just now. They are starting a small jewelry/whatnot shop in their basement, including some wood products, and mentioned how expensive SW would be for their tiny company. The fact that Fusion is free for them and included CAM stuff would be perfect for their use, especially if they want to set up a small wood CNC

That’s awesome to hear! Don’t get me wrong I still think solid works is a great program, but there just has to be something for the masses.

What have you done with Fusion 360 Proileri?

I’ve switched to Fusion 360 almost exclusively. Their 2D drawings are…still lacking, but it’s getting there. I have no doubt that I will have to fire up Pro/e again in the future.

With respect to the cost of Software, I also have a seat of Pro/e and a seat of Solidworks. It is one of your professional tools. You’re no longer in school and the reality of business is having to ensure you can STAY in business. That software takes millions of dollars to create. That’s what you’re paying for in addition to the ability to do what you love to do.

I am a daily Solidworks user and have given Fusion a decent test run of what I would use it for. I find the interface of Fusion to be very clunky compared with Solidworks. I know that I am more familiar with Solidworks and I am taking that into consideration.

By far the biggest weakness for me with Fusion is the lack of thorough parametric control. Correct me if I am wrong but once you make an extrusion there isn’t a way to change the features of that extrusion other than length with push/pull. In addition to that, the number of ways in which a feature can be created is limited when compared to SW.

Having said that I do think Fusion is very good for being free. The CAM portion is top notch! I have set up tool paths for 2 sided milling on an Xcarve. So many settings for more complicated milling that I didn’t even touch. Its thorough but easy to understand with all of the little built-in help videos.