I can’t believe no one’s done this before:

"…this Gehry Writes Time Digital watch has an innovative time read out display in Frank Gehry’s own script. If the time is 11:30, the display reads in script, “half past 11” and if the time is 12:54, it reads as “6 til 1”. The display also automatically switches back and forth showing a negative screen during daylight hours and a positive screen at nighttime. "

But where are all the curving titanium catia designed surfaces?

But what would make it cooler is if you could use YOUR OWN handwriting to display the time. The watch could come with software for scanning in all the numbers and phrases that you need to display the times. The user writes all of the digits out on paper, scans them in, and then uploads them into the software, which converts them to image data. The watch then dowloads the data via bluetooth and installs each image in the correct location. Voila! Your watch tells you the time in your own handwriting, and instantly becomes more a personal product through customization.

www.tekzoned.com - Fastest Handwriting in the West

I mostly like the “half past” and “o’clock” business. Great humanizing quality.

that link is one of my professors favorite-He was my typography teacher, he showed us something like that in class nice. there are some others out there like that , with hand writting, and i believe one with blocks-like toy blocks-will find it.

I think the watch is nice-simple, maybe a lil too simple for my tastes. I think the stap could have been different, it looks kind of cheap to me, and that blue gradient on the face of the watch. I think they could have come to a better solution. the hand writting idea is nice-

also as far as layout on the face of the watch i think there is too much negative space-on the left side-middle area-maybe in this area the date could be?? maybe then too crowed and defeat the purpose-

question?? how do you adjust settings?? where are the buttons?/ if on the side -how do u adjust time-poke it with a pen or needle tip??

The handwriting clock on the tekzoned site is actually from www.yugop.com

There is a lot of great work on there

I think it has a nice smooth design and has many interesting features- the one i liek the most is the weather-and the 12 hr weather trend-the only thing that I wish it had was that it stayed lit at night -if u want it lit at night u have to click the button and it lasts for 5sec. 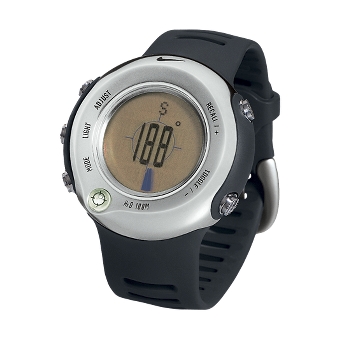 hmm image not wrkn-try this

I’ve got the analog chrono version:

it is very nice, though it is a bit of an homage to this:
Newson Ikepod:

I also got this new one, I can’t fin a picture of it. I think it is called the Nike D-Link. CG, you would like it. It has a dot matrix display. instead of the numbers just changing, they scroll upward, like an old flip alarm clock.

Back to the Gehry watch.

Numbers, AWESOME. Why hasn’t that been done more? Aside from display cost.

“till” and “of” time telling, gimicky but neat

sorry couldnt get an image-

NookaWatch.com is for sale | HugeDomains

Great prices on a large selection of domains. Find the pefect domain for your new startup.

Gehry’s watch looks like a play on Stark’s Fossil watch:

I’d love to see Gehry’s as an alarm or wall clock.

Ikepods are probably my favorite wrist watches. Love the Nooka watches as well.

Those Nooka ones are awesome! I’ve never seen one, I might have to get one.

they are nice-it is truly a new way to think about time,and teh design is sleek- i saw alot of his prototypes-and teh packaging for them is nice too- I am gonna get one and try and get one at a different price-since i am his student and a friend-

but maybe too high level of design—not too straight forward

speaking of watches, i just bogught this bad boy,

it’s phat, scrolls messages, and has a toggle between data based on the flick of your wrist…

Just need someone to make a weighing scale to just tell you if you are too fat or skinny instead of regular confusing numbers.

Some of my favourite watches for a reasonable price are those of the Diesel range, the ones roughly a year ago and before, I like them mainly for their chunkiness and size. Some however are hard to tell the time from due to form over function. (Some below) However, their new stuff is a bit tacky.

The Ikepod by Newson is a bit of a bluff, it didnt sell, as far as I know (anybody knows first hand?)
It is a nice neat watch, especially not having horns to catch the strap (it goes straight into the case), but it was overpriced (up to 4400$ without fancy materials), (like most luxury swiss brands), but when you are up to pay that much money you go conservative, so this case was a bit of a paradox (that’s why i think it does not sell as it should)

The square one is real nice too:
http://www.collectorstime.com/other_IM.htm#ikepod

I can’t believe no one’s done this before:

"…this Gehry Writes Time Digital watch has an innovative time read out display in Frank Gehry’s own script. If the time is 11:30, the display reads in script, “half past 11” and if the time is 12:54, it reads as “6 til 1”. The display also automatically switches back and forth showing a negative screen during daylight hours and a positive screen at nighttime. "

what a pity , i can’t see the picture.