In 2010, Megabus launched its third and fourth hubs, in Philadelphia and Washington. It currently does $100 million in business annually, operating 135 buses each day to 50 U.S. cities. While other companies downsized over the past two years, Megabus hired 270 additional workers and invested $36 million in the business. Each month this year it will add five to six new double-deckers to its fleet.

For bus travel as a whole, the number of daily departures increased by 6 percent in 2010, twice the growth experienced by air travel and 12 times that of Amtrak.

The future of travel is the bus?

They’ve got some sweet Double Decker’s, too… 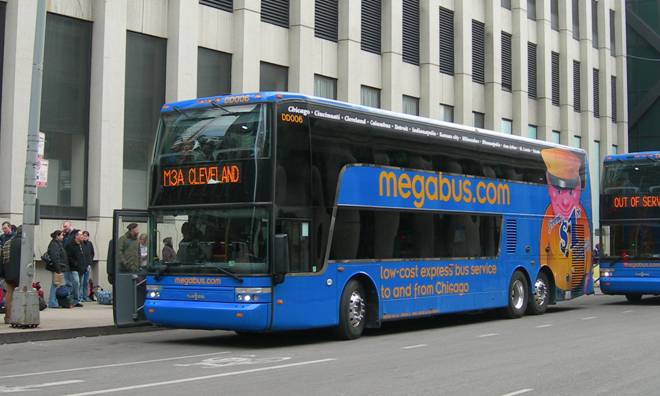 I’d love to travel the country in the front seat of the top deck.

A few friends of mine have taken it to Chicago from Minneapolis for under $10 one way each time. Pretty amazing. Of course, once they got a flat tire, and another time the bus got pulled over for speeding trying to make up time. But, seems like a very popular mode of transportation. I wouldn’t trade it for high-speed rail though.

megabus is a college students best friend for getting home. I was actually thinking of taking a mega bus from Chicago to Detroit for Easter because flights are expensive and megabus is so cheap. Im not sure I could do anything over 5 or 6 hours on a bus though.

Being 6’-5" tall, mass transit and I are rarely on the same page as far as personal comfort is concerned. I think 3 hours is probably my limit by bus, and that’s pushing it. Air travel is almost as bad unless I get exit row.

Have you ever, ever, taken a bus trip further than across town?

I have… Indianapolis to Los Angeles… 53 hours transit time … one transfer, and 32 stops …

I mean, if ya gotta get there…

I’ve always wanted to design a bus for some reason… or a street car.

Have you seen the Bolt Bus? Pretty nice. Owned by Greyhound I think… also came across this bus which I think is a new Greyhound. 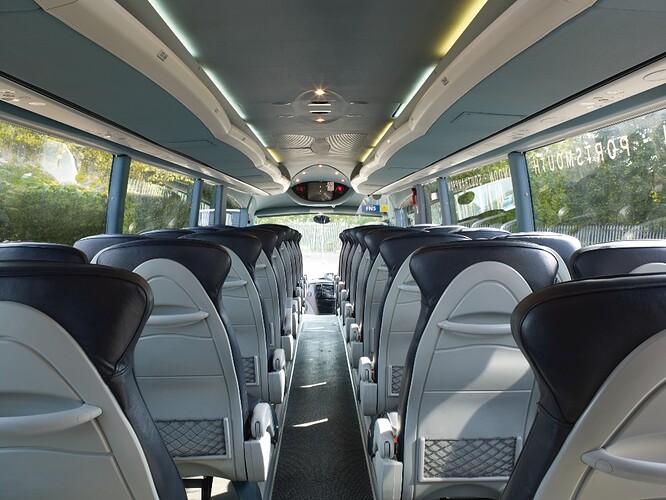 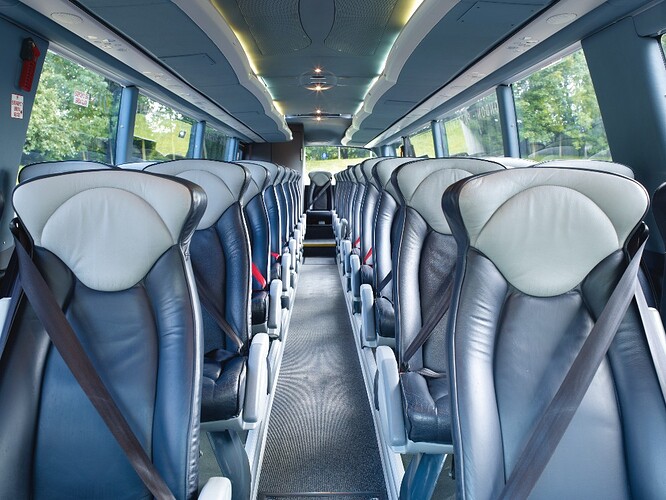 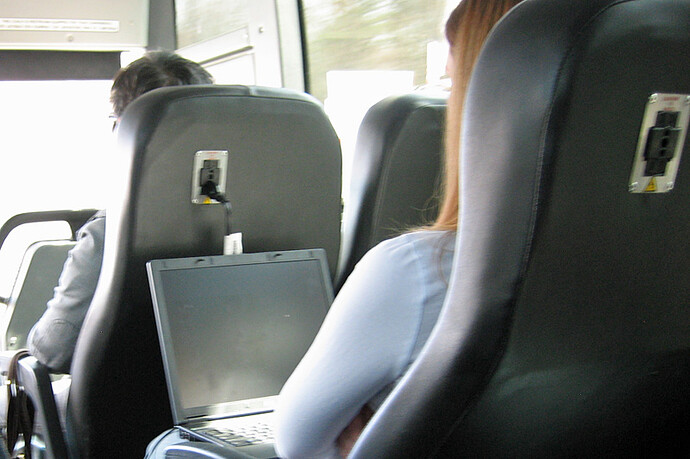 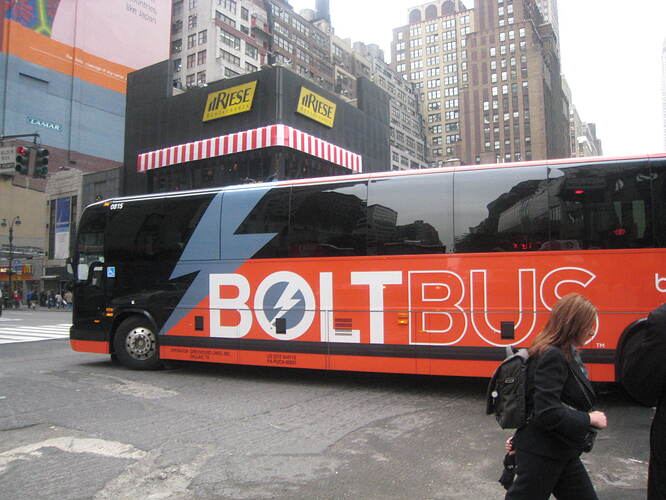 Bolt is also mentionned in that article.

On a side note, I checked a Greyhound bus price for Montreal-NYC. 11 hours and $260 for two round trip. Pretty ridiculous. I need to find out if there is a curbside bus service that does Montreal to NYC.

I thought of this thread again after reading this article during lunch:

Life in the slow lane

Americans are gloomy about their economy’s ability to produce. Are they right to be? We look at two areas of concern, transport infrastructure and innovation

America’s fastest and most reliable line, the north-eastern corridor’s Acela, averages a sluggish 70 miles per hour between Washington and Boston. The French TGV from Paris to Lyon, by contrast, runs at an average speed of 140mph. America’s trains aren’t just slow; they are late. Where European passenger service is punctual around 90% of the time, American short-haul service achieves just a 77% punctuality rating. Long-distance trains are even less reliable.

mo-i: You have nothing to complain about when it comes to trains my friend!