For the Love of Smart and Simple

I had a moment of appreciation for simple but smart design this morning. (Well, an annoyance at a lack thereof, more like)

The other day, I accidentally left my contact lens case at my friends house. After rummaging through the depths of my bathroom cabinet, I pulled out this sorry replacement:

I deposited my lenses into it, threw on my glasses, and didn’t think about it for a couple of days. The very first thing I did when I went to use this case again this morning was put my left contact into my right eye. My prescriptions are just similar enough that the mistake isn’t immediately obvious, but different enough to make me dizzy over time. But look at the horizontal and vertical symmetry with barely legible and easily switched indications of which sides are left and right on this thing; it was bound to happen.

I miss my old contact case. That little arc though the body is enough to save me a headache in the morning. The design makes it almost impossible to confuse the two sides. I really love solutions like this.

I also thought these babies where pretty clever. While lesser kitchen scissors rust after a wash or two, the easy-open hinge in this pair allows the two halves to dry separately, thereby preventing rust from rendering them unusable.


Anyone else care to share their examples of elegantly simple design solutions?

I have a pair of scissors that do that, they are very handy, and double as throwing knives 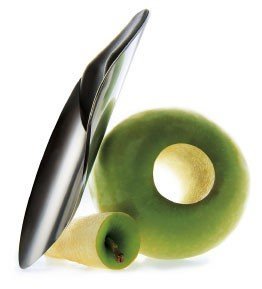 kchow, welcome, great first post. When I used to wear contacts I mixed up my contacts all the time. It was very annoying. That Alcon case is a beautiful solution. It is more functional, all the forms serve functional semantic purposes, it is also more aesthetically pleasing, and I would assume easier to clean. A great example of good design applied to what was considered an afterthought by product container to contact lenses.

I recently bought a Screwpull Black Nickel Trilogy Wine Opener. To be clear, I bought it completely on aesthetic. I had been using the an old standard two handle opener for years. Unfortunately, I left my well used an abused opener over a friends house, and figured I would just get a new one. I didn’t want something gadgety (your having a romantic dinner, are you going to pull out one of those huge god-awful rabbit openers… no, you are not.) and after a little web search I saw this beauty. I ordered it up and upon opening it was immediately impressed with the overall heft of it. Pulled out a bottle I had been chilling and started to uncork it, and was utterly shocked. This thing is a pure pleasure to use. Its simplicity is genius. The screw drives into the cork until it engages the metal handle at witch point the cork seamlessly starts lifting out of the bottle. It is so smooth and effortless that it is amazing. Once the cork is out of the bottle, start rotating the handle in the opposite direction and the little red ball starts pushing he cork off the screw and the screw out of the handle until the cork falls off and the opener is ready for the next bottle. Elegant design, fantastic material use, awesome functionality, this is great design. I’m comfortable in saying I drink more wine because of this opener. 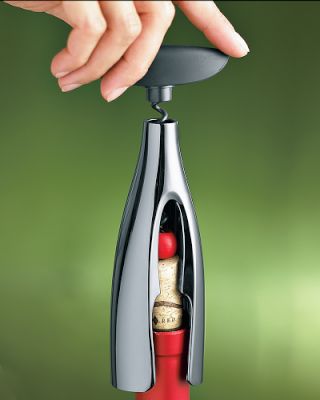 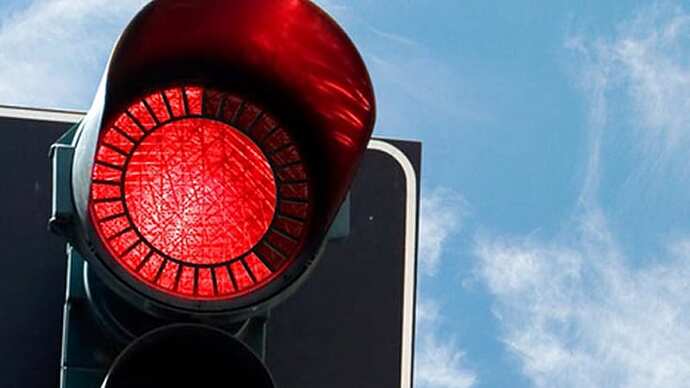 Eko stop light - Click above for image gallery We've got the stoplights in our neighborhood timed pretty well, but it's pretty painful when you're at

You can almost already do that. There are some walk/don’t walk signals that have a digital countdown on them already.

If I see it while I’m driving it does give me a good indication of when the yellow is coming. Of course I speed up if I see it getting close to 0…

Those walk signal countdowns are essential here in Chicago. There are red light cameras all over town now and the yellow lights are the fastest in the country at under 3 seconds. They snag out-of-towners the most because people think they need to drive aggressively when they come to the big city.

Don’t be a wimp. It turns every stop light into a race track!

Back to the topic.

That is so true!!! Just went back home (Russia) in september and saw a great example of that. The light doesn’t directly change from red to green, but from red to yellow (for a couple of seconds) to green. This leads to everyone running the light as soon as it gets to yellow, which is only there to caution you to prepare to move…as you can imagine if cars in both directions at an intersection decide to run the light you got a tragic situation…

Back to the topic. Based on Core 77’s gift guide recommendation, I bought the SoyLube, but I still have a can of WD-40 in the house (it seems to last forever). This redesign was a nice, simple solution to the age old problem of losing the straw

Not sure if this thread was mainly for things that work, but I’m still gonna throw in an example of something I’m not too happy with. I’ve always liked Bodum, but think they’ve been slipping lately (they’re IF awards came as a surprise to me and made me realise they are still doing some good stuff). But… the thing that annoys me and makes me think “why not keep simple and well be… well… simple?” is the bodum twin:

Combining salt and pepper this way means that you will always have to stop an think: turn clockwise for salt…or was that pepper? But there’s more. I just got this one for christmas and realise that the real problem with it is that at some time you will run out of salt/pepper while there’s still pepper/salt left and when you open this baby whatever is inside it will come flying out. The lid snaps onto to it and the only way to get it off is to pull hard. When the lid finally comes the mill will empty it self all over your kitchen. Someone obviously didn’t do their job!