I am very intrigued by cutlery design. Specifically folding single blade knives. I’ll post up some of my favorites design wise.

I love folding knives because their form is simple and the mechanics are very important. They have a welcome blend between design and function. The Benchmade 940 is a perfect example of that (which is linked below) 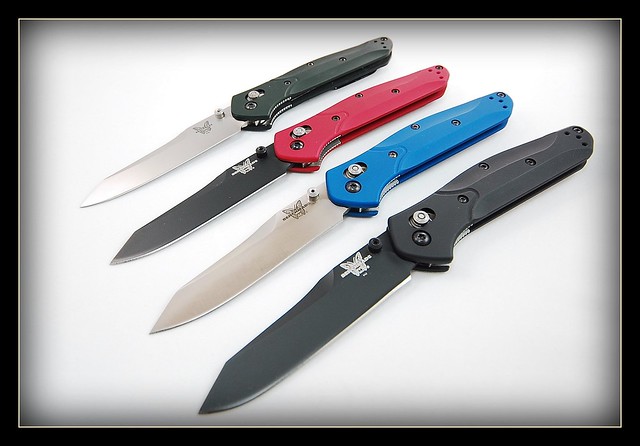 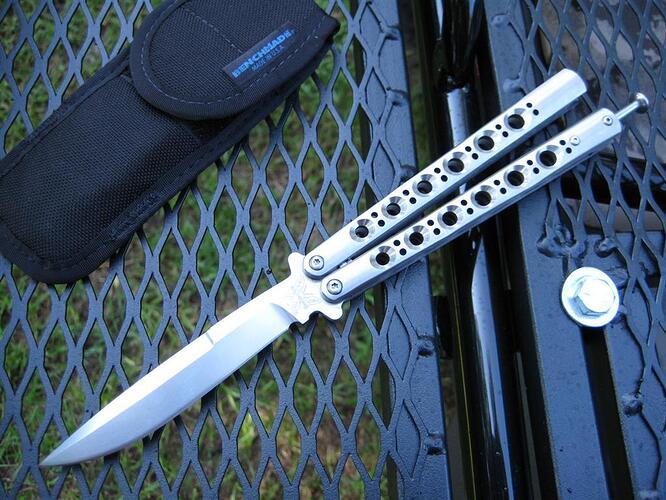 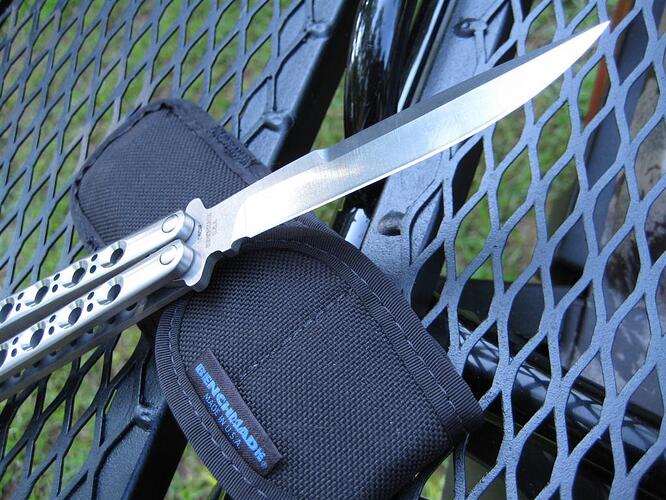 That Orange one is pretty sweet. One of the guys I work with is pretty deep into single blade folding knives… I’ll pass this along.

I share your fascination and have been considering trying to build some designs I’ve had beyond prototype - time just never seems to allow. Knives are interesting, because at their core they’ve been the same tool since man learned to use tools. They have utility and they have defensive properties. That’s pretty unique - certainly something that connects a community of people who enjoy collecting and using knives.

You’ve probably visited the communities of makers - there are quite a few: bladeart.com, usualsuspects.net to name just two.

The variety is astounding - as is the competition. There are so many amazing iterations it’s hard to really discover something new - and it’s not as easy as one might think to make a really usable knife… however success in design is making things both beautiful and functional - there’s always room for that!

Here are a few of my personal collection and faves, some of which sold and/or traded. I also love to collect pens and watches. It’s a life long love - things I can carry with me that have both beauty and utility.

Here are a few of the blades I like.

This is part of my EDC.
Spyderco Persistence

If I could afford it. I would love a Umnumzaan

Also I remember seeing this on coroflot one day. Not sure of the quality of the steel though. But it looks cool.
Gerber Remix knife

dnp607: I am very jealous of your 940. It seems to be very difficult to find them in any color other than dark green.

Sain: The Umnumzaan is gorgeous. It evokes some primal emotion of want and awe.

The new 915 is featured on the front page of Benchmade’s professional catalogue this year. I’m looking for a new EDC and this one might get the honor. I absolutely love the color, the blade shape, and the flat utilitarian handle. The fact that it has a safety hook and a glass breaker is icing on the cake.

The blade is N680 steel. It sacrifices edge quality for corrosion resistance. I’m not a diver

so I would have preferred a different steel. Still cool nonetheless.

there’s just something awesome about a karambit. nice collection.

what do you guys keep as edc?

I personally don’t have a collection. Money doesn’t allow it. I do love to look at them though.

I used to carry a mini griptilian with plain tanto blade. Loved that knife, but it fell out of my pocket and I never found it.

A friend got me one of these babies and it’s alright. It’s passable but I need an upgrade fast.

I don’t have a modern collection (do look at some once in awhile), but I have a few balisongs/butterfly knives I bought in Philippines (some from the original province where it derived from). Design-wise it’s traditional local craftsmanship as expected so nothing modern fancy. But I have 2 baliswords in my collection (1 with a kriss blade), not much information of them on the internet in general as most don’t know they exist. My longest being 17" in length…folded (34" opened). They traditionally use spring-suspension leaves off automobiles for the blades as it’s tempered. If interested I can take picts.

Taiden: That 942Ti was a collectors edition in titanium benchmade did some time back. It’s a great knife - benchmade has their production quality down.

I’ve been Karambit crazy recently. Not sure what happened, but the form of the curved blade, it’s origins and the way is curves perfectly to fit in my pocket. Nasty little suckers - for EDC, I’ve been enjoying an Emerson Combat (regular size) and the g10 scales. It just feels right. On the other end of the spectrum, a Coogler karambit. It’s insane - a big, hooked nasty claw

The fit and finish, weight and feel and quality of these things never ceases to amaze me!

When you get a chance, check out everyday-carry.com - it’s really neat to see what people carry with them.

I would like to edc a BM 32, but balisongs are “misunderstood” in my state

I love knives!
This is my edc(not my photo fyi): 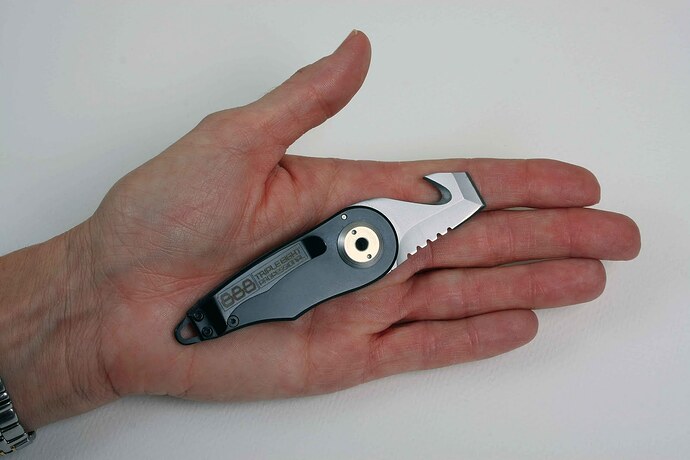 It has a relatively unique opening mechanism that kinda piqued my interest originally. Both sides of the knife rotate in the opposite direction to expose and lock the blade: 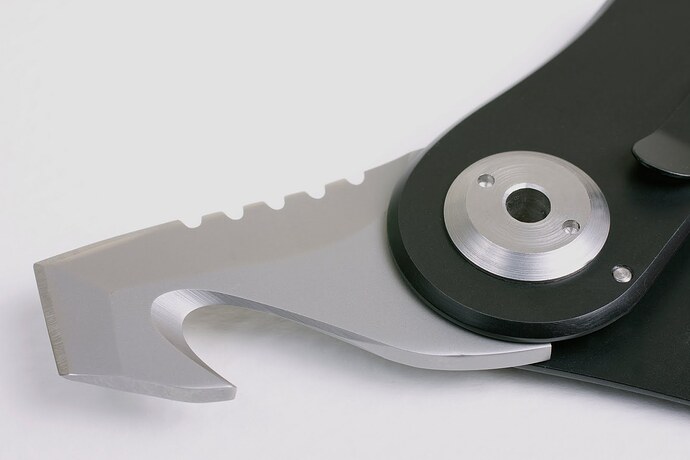 Its a small knife, but good to carry around for simple tasks.

I do have other ones I’ve collected over the years.
Including a Boker Speedlock II: 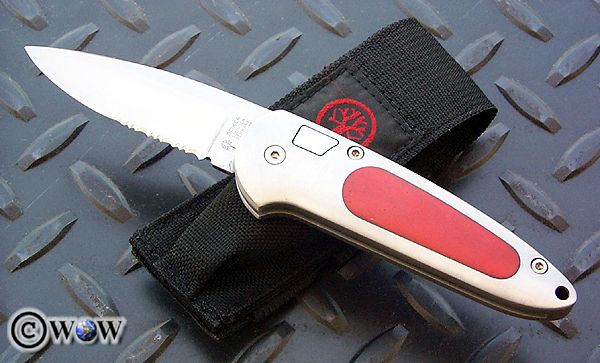 Theyre all relatively cheap knives though. I am intrigued by the dual action OTF knives and their mechanisms(which I think are genius), but some of the good ones, such as the ones made by Microtech are too expensive to cary(not to mention illegal in the US).

Yeah, I have a bit of a knife collection like Michael noted. Here are my three favorites.

Paul Defender Limited Edition
This knife is gorgeous. The fit and finish in the innovative push-button opening mechanism has the precise feel of a Swiss watch. The carbon fiber scales and all black treatment contrast perfectly with the gold titanium nitride details.

Mcusta Tsuchi Classic Damascus
Hand made in Seki City Japan – the traditional cutlery center of the country, this little knife has both layered Damascus steel blade as well an irregular Damascus handle scales that feels like a river stone. The weight is also perfect.

Spyderco Military
It won’t win any beauty contests, but it’s functionally one of the best folders you can buy at any price. Great knife steel in the beefy combo edge blade, G10 handles that have fantastic grip, and built like a brick sh1thouse.

Don’t know a whole lot about knives, but for those I’ve touched these take the cake for quality. I think they are military issue? 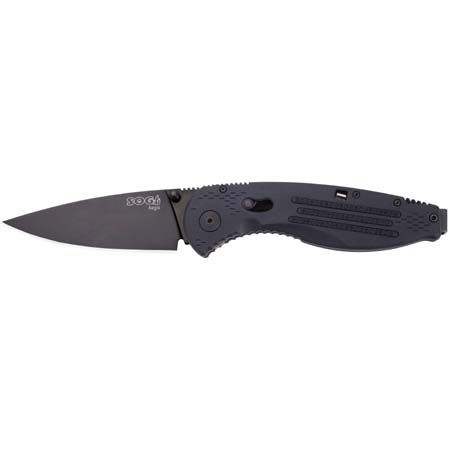 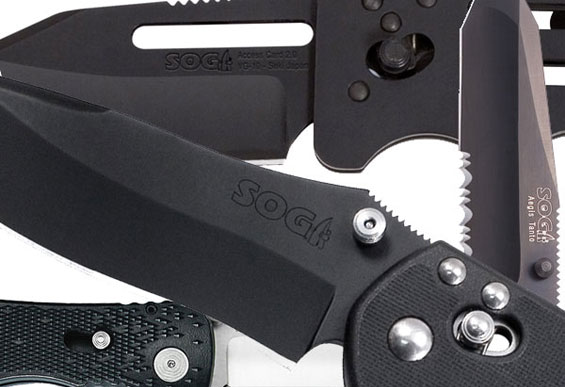 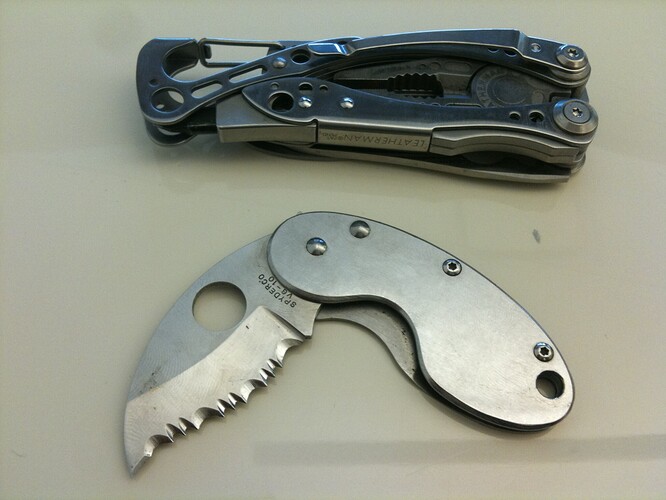 Here’s a pict of my folding swords (balisword). On the left is a standard sized balisong for comparison. The middle one has a straight blade. 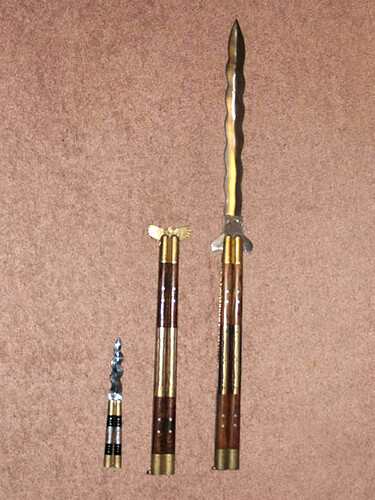 Wow! I didn’t even know those existed. How do you use one of those things(without loosing an arm)?

anyone out there ever work for that knife company who often posed help-wanted ads on Core in the early 2000’s; Buck knives maybe? Just out of San Diego? I was always very curious about those jobs…