I’m having a really hard time explain to China how to “flock” an outsole.

We’re using an existing rubber outsole and i’m telling them that only on the embossed areas they should be adding the flocking. Up until now they’ve sent me the outsole covered 100% with a sheet of velvet!!

Can anyone explain to me the exact process of flocking…if i’m not wrong it consists in putting glue in certain areas and then letting the fluff stick to the glue.

Any help would be appreciated

i know what you mean by flocking (like the inside of a jewlery box), but I have to admist ive never seen it on a shoe, or rubber outsole. do you have a pic of another shoe that uses his process? pics/samples i find are always best to explain to a fty.

btw, WHY would you want to flock an outsole anyway? just curious…

are you talking about a small kinda fuzzy logo treatment?

Believe it or not I have flocked an outsole before but was a show piece for a car company apposed to a functional product.

I beleive that the process works through a bond and electric charge that makes the fibers stick. Or it can also be screened onto something. You can flock anything and have seen an entire car flocked but how to spec other than say please flock this is a new one to me. I know places in Europe that can flock if that helps at all

Ah, the power of Google. Suddenly I’m an expert on the various flocking processes… 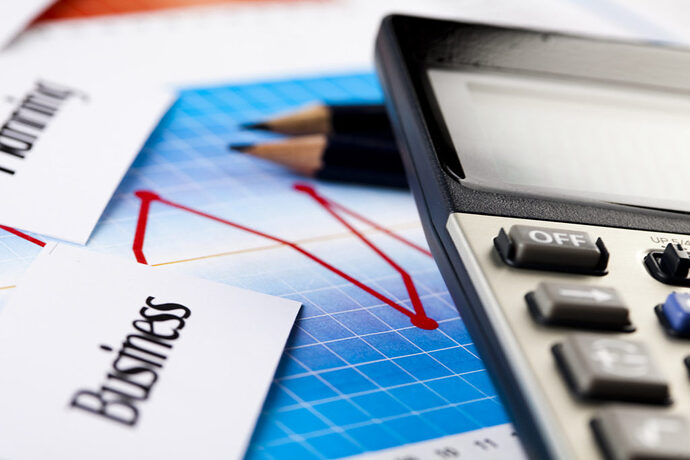 When a person is looking to get a bank account set up, they need to figure out which bank they are going to go to in order to get that started. The one who wants to have a bank account so that they can write out checks and pay for things in that way...

Check out the jordan 11 retros, they produced a colourway for WHite grey, Blood red with flocking over the midsole. I belive in the process the only way you can do it is to flock just the EVA midsole. An easier way is to double -last the Eva midsole and use a SYnthetic Velor/ Velvet in the process… You can even double last the arch area of the rubber outsole

im not positive, but i think most of the “flocking” applications like those on the midsole you mention, are usually just a soft fibre type mesh material cemented either after or done in-mold with the part (ie. eva/pu midsole).

for logos, likewise (as they are on a soccer jersey), i believe it is most common that a fuzzy material is jsut embossed and/or printed then stitched/cemented.

as real electrostatic flocking is not normally used in the footwear industry, i would think you would have a very hard time getting a footwear fty to understand/do this process, especialy when there are much easier/cheaper processes they can already handle.

if you have a pic/drawing of the treatment you are trying to achieve, perhaps i could better suggest a process…

That I know of there are two flocking methods:

You vendor might only have one of these machines and so their capabilities might be limited, which they probably don’t want to admit, so they are acting confused???

My flocking knowledge is pretty limited though, so I might be off…

Felting has been done for while in footwear outsoles esp in waterproofed waders. its just a matter insertng fetl into the mold at certain spots or bonding the felt to the outsole.

But flocking (on tshirts etc) s usually screeened on thru an open mesh or electrostatcially applied (Hi freq welded) and is usually not done on a 3-d or rubberized surfaces as rubber does not conduct electricity.

You may need to explain that its like applying a TPU or TPR film to specific spots on the outsoles, and reinforce that the flocking aids in traction.

i dunno if we’re getting into semantics or talking about different things. To help clarify, here’s some pics of the closest thing i could find to what is described. I dont have the samples here anymore to chop them up to investigate (nothing is more fun than chopping shoes to bits), but maybe this helps…

…Yo? any ideas, without revealing the Nike magic? 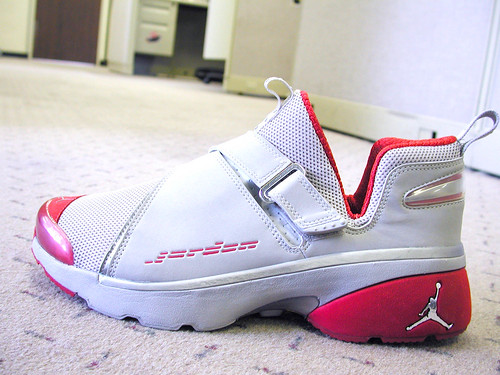 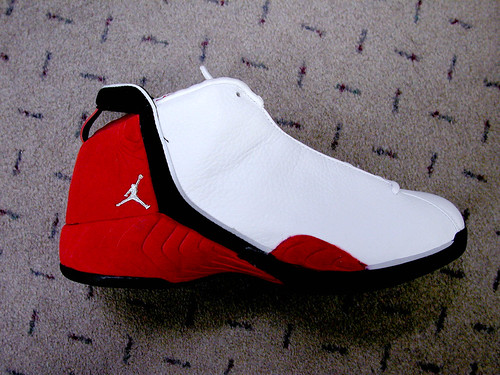 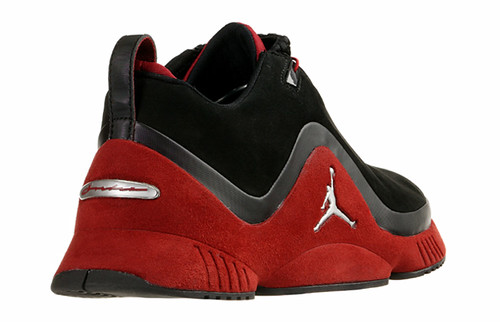 thought so as i mentioned in my earlier post. likely done in-mold?

if this ain it, id like to see what we are calling “flockin’” on footwear cause i have no idea!

I think thats what jelena was reffering to.

FWIW one place I worked we tried to apply a flocked graphic on an upper and the factory had no clue how to do it even after we sent one of our t shirts with the process on it. We had our guy find a tshirt factory that could come and explain the process to the footwear factory and even then they had problems with it.

sorry for the late reply i was out of town.

reason why we need the flocking is because it lowers the duty of the shoe. i don’t want to go into duty issues but basically when the upper is mainly fabric the duty is very high (38% more or less) but if you have a fabric/flocked outsole then the shoe is apparently considered a slipper/house shoe and therefore the duty drops immediately to around 10%.

converse has great examples of sneakers with all fabric upper and rubber outsole with flocking! the area where they did the flocking on the rubber outsole looks as if the rubber has been scratched whereas its actual little fibers attached.

we’re doing several dress shoes with fabric uppers and rubber outsoles so we really need this flocking to work for us otherwise my boss might drop the styles cos he doesn’t want to pay the high duty!

i think Supernaut was right about it probably being electrostatically applied…that’s how we apply metallic finishes on ABS heels and TPUs.

yesterday i was thinking that maybe the easiest way is to roll some glue over the embossed area of the outsole and then just sprinkle some of the fibers on and where the glue is thats where it will stick…but i was too embarassed to email that suggestion to China. I’m going to try suggesting the electrostatic way to them.

is it really a slipper or a real shoe?

i would think that if you did have a flocked outsole it wouldnt be very good to wear outside. as well, the consumer sales would likely be not so good as most people would think it is a slipper. no?

got any pics of those converse ones?

This is the only photo i can find, its not that goo because zooming in you can’t see the details.
If you get a chance go see one in real life…in the end i might be getting this all wrong and this may not even be flocking

The flocking is so minumul that it probably wears off the very day you wear the shoes and there is rubber underneath so it should have no effect on the normal wear.

The shoes we are working on are real dress high heel women’s shoes, no customer would refuse to buy them just because they have a little flocking on the outsole…most customers won’t even know what it is.

It’s only for duty reasons as in their books it gets classified differently with the flocking and so has lower duty.

How you then sell the shoe and what the final customer does with it is none of their business. 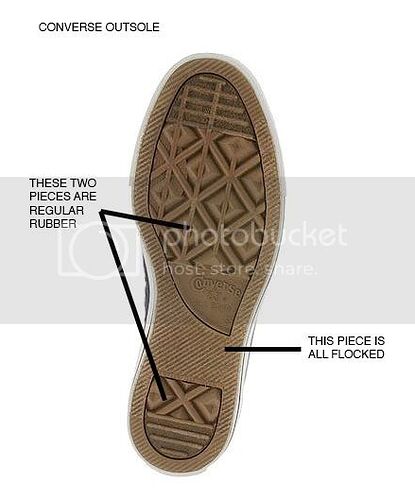 i am probably wrong but it seems this outsole is featuring this kind of fiber woven or non woven we currently see in the rope factories. or in carpet factories as well.

fibers such as polyamide … the kind of fibers we see in the french company called charentaise.

refering to messages above and the different technics of flocking, I feel pretty concerned about implementing this kind of material on outsole due to friction and poor resistance

scratched flocking create burning traces and may be definately slippy in an hour time, even faster if your shoes are meant to appear on the carpet of a cat walk .

the more i review your picture and the more I think about the combination between that harsh, polyamid or canabis fiber co molded with the rubber as per a moldable base.

the color dam between the two area seem to confirm my thoughts.

thank u for the picture,

I am familiar with those also. In fact I may know of the factory that did them (if that particular style is Chinese made)

What they do apparently is electrostatically flock a substrate, die cut it and then bond it to the outsole as opposed to sprinkling fibers onto rubber. They score the rubber(or schive it etc) to enable a greater bonding area for the substrate as the flocking is actually stronger than the bonding to rubber. Then as they vulcanize it and cook the shoe the substrate melts into the roughed up rubber and bonds the fibers to the outsole.

A variation of this was used on felted outsole waders and rubber boots for a certain outdoor company whose name escapes me at a factory in Guangdong. It enabled them to controll the flocking and ensure exact depth and direction of the flocked fibers.

If you are looking for a lower duty your factory may be better off just flocking an inexpensive substrate (PU sheet or god forbid PVC) and bonding it directly to the outsole.

But then again I could be way off the mark…

wow, some great experience and comments in this thread!

my question would be back to your original purpose of flocking. are you sure the customs and duty people will be fooled by your flocking an outdoor shoe change tariff categories? in my experience, they are usually pretty quick to pick up on tricks and loopholes like this and you could even get penalties. As well, i’d also double check the category (i dont have my duty book around here), but i would think there may be some other requirement to count as a house slipper like lasting type perhaps or price, or upper material, etc.

just would hate for you to go all through this with your fty and then nailed by customs. good thinking though to try to get around those pesky duty issues! thats the kinda creativity i like to see!

My company makes these type of outsoles on some of our shoes for the discount market. This is an “innovation” that is driven by avoiding import duties. There may be some real benefit though, as many aquasock and trail shoes have been using felt pads on the soleplates for traction on wet stone. The felt stuff seems much more substantial than the embedded fabric, so I think it must be a different process. Though I don’t have any personal experience with the fabric on soles, I asked around a bit.
To be considered a slipper, 51% or more of the SURFACE CONTACT AREA of the sole must have embedded fabric. The fabric area can have some relief, but anything more than 1mm deep is not counted as surface contact. There is also a test that is done to determine acceptable traction (I’m not certain whether this is done by customs to get a binding ruling or to meet the QC standards set by the customer). This is often remedied by having holes in the fabric portion, through which bare tread can protrude. Its tricky to balance the actual tread with the surface contact fabric.
Es originals apparently uses fabric embedded outsoles as well, and their method is off-limits to us. perhaps they have a patent, I don’t know.
Anyway, I’ll see if I can get a 100% airtight legal definition for you.